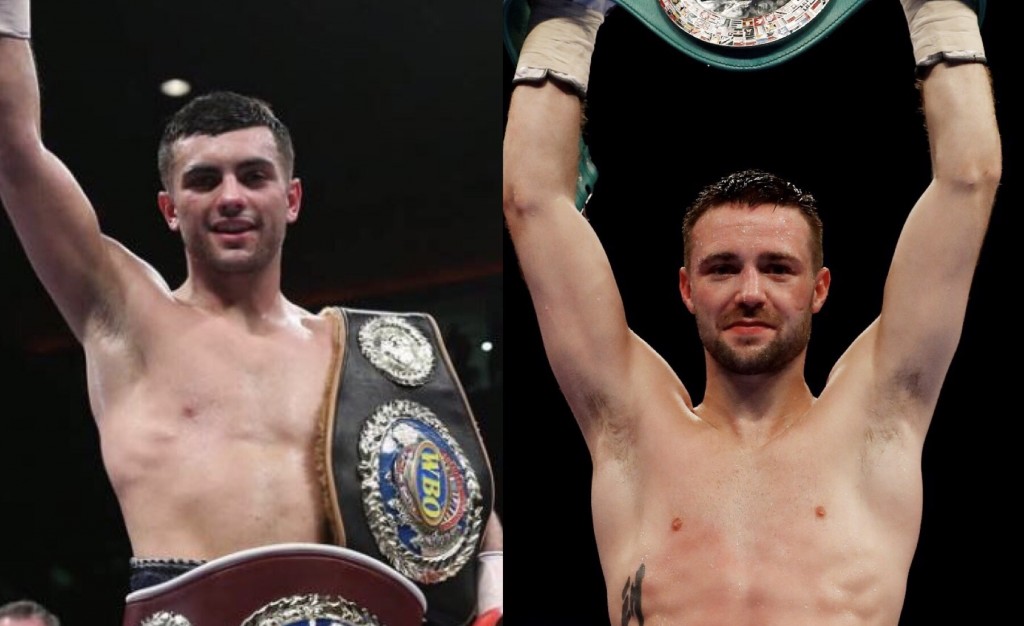 IF EVERYTHING PLAYS out according to plan, Jack Catterall would like to be contemplating a world title unification clash against Josh Taylor in the not too distant future.

There are several obstacles standing in the way of such a prospect at present, not least the fact that Catterall has got his mandatory challenge to the WBO world super lightweight champion Maurice Hooker to navigate past first.

Taylor, meanwhile, is heavily embroiled in the World Boxing Super Series, where the Scot is scheduled to take on Ivan Baranchyk for the IBF belt at the semi-final stage in Glasgow next month.

If successful, the Edinburgh man will face either Regis Prograis or Kiryl Relikh in the final, with the WBA belt also on the line.

Catterall makes Taylor the favourite to emerge from the series with the bounty.

“The World Boxing Super Series is going on in the background in the meantime and the favourites to win it in my book are either Josh Taylor or Regis Prograis,” reasoned the 23-0 Catterall ahead of his own return to the ring on April 27 at Wembley. “I do pick Josh over Prograis slightly, although I have not seen too much of the American.

“My ideal scenario would be for me to win my world title and Josh to win the WBSS. Then we could get together for a unification fight.

“I’ve thought about fighting Josh because I’ve got to be looking at all the guys in the top ten in my division. Everyone is with different promoters but these fights are always possible. For me it is an obvious fight for the future,” added the 25-year-old who clearly backs himself against the best the division has to offer.

In the meantime, Catterall will keep busy ahead of his shot at Hooker with a slot on the card at the SSE Arena, live on BT Sport. It is an assignment he views as essential but one he must view with caution given that his big opportunity is firmly on the horizon.

“I am definitely happy and grateful for the opportunity to get a fight at Wembley because it will keep me in a good place physically and mentally. I am under no illusion going into this fight that I have got to treat every one like a world title.

“I’m hoping to pick up a good win on April 27 and really kick on from then. It is a catch 22 because I can’t sit on the fence, not be active and earn no wages until my shot. I’ve just got to get a win and go from there.”