Promoter Frank Warren is set to showcase the very best of Irish Boxing live on BoxNation when he returns to Belfast to promote an action-packed show at the Titanic Exhibition Centre on 5th November.

Belfast’s Commonwealth Champion Jamie Conlan continues his journey towards a 2017 World title shot and is joined by Ireland’s Triple Olympian Paddy Barnes making his professional debut which should guarantee a huge crowd at the Titanic Centre.

Undefeated in 17 fights, Conlan, is arguably the most exciting fighter in Britain and recently secured the “Fight of the Year” gong for his April fight with Anthony Nelson in London but every one of his fights has been of a similar ilk. Conlan is close to a World title shot and is eager to build his already sizeable fan base and TV appeal to secure home advantage when he gets his chance panned for the Spring of 2017.

Debutant, Paddy Barnes, a Triple Olympian has represented Ireland in Beijing (2008) London (2012) and Rio (2016) and has twice captured Bronze. With another Olympic Games 4 years away the Belfast bruiser has set his sights on a professional career under the management of three-times World title challenger Mathew Macklin. 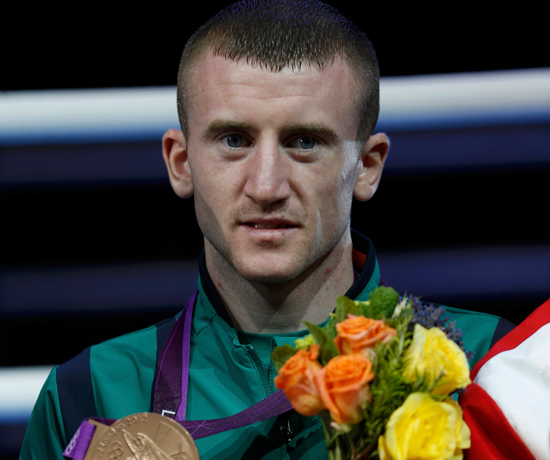 Team Fury Heavyweight prospect Con Sheehan, originally from Clonmel, hopes to continue his impressive start to life in the paid ranks with his fourth professional win. After taking out Radek Varak last time out at the Lancashire County Cricket Club, undefeated Sheehan is looking to impress in his native homeland.

Warren said: “Belfast is always special when it comes to boxing as it is a fight city and the Irish really know their Boxing. I’m excited to be coming back and with Jamie Conlan never being in a dull fight excitement is guaranteed. Paddy Barnes is something special and it will be an honour to promote his first professional outing after his illustrious amateur career and three Olympic Games which in itself is an incredible achievement. I am working with Mathew Macklin to get Jamie a Worlds title fight in Belfast next year so he has everything to play for on 5th November.”