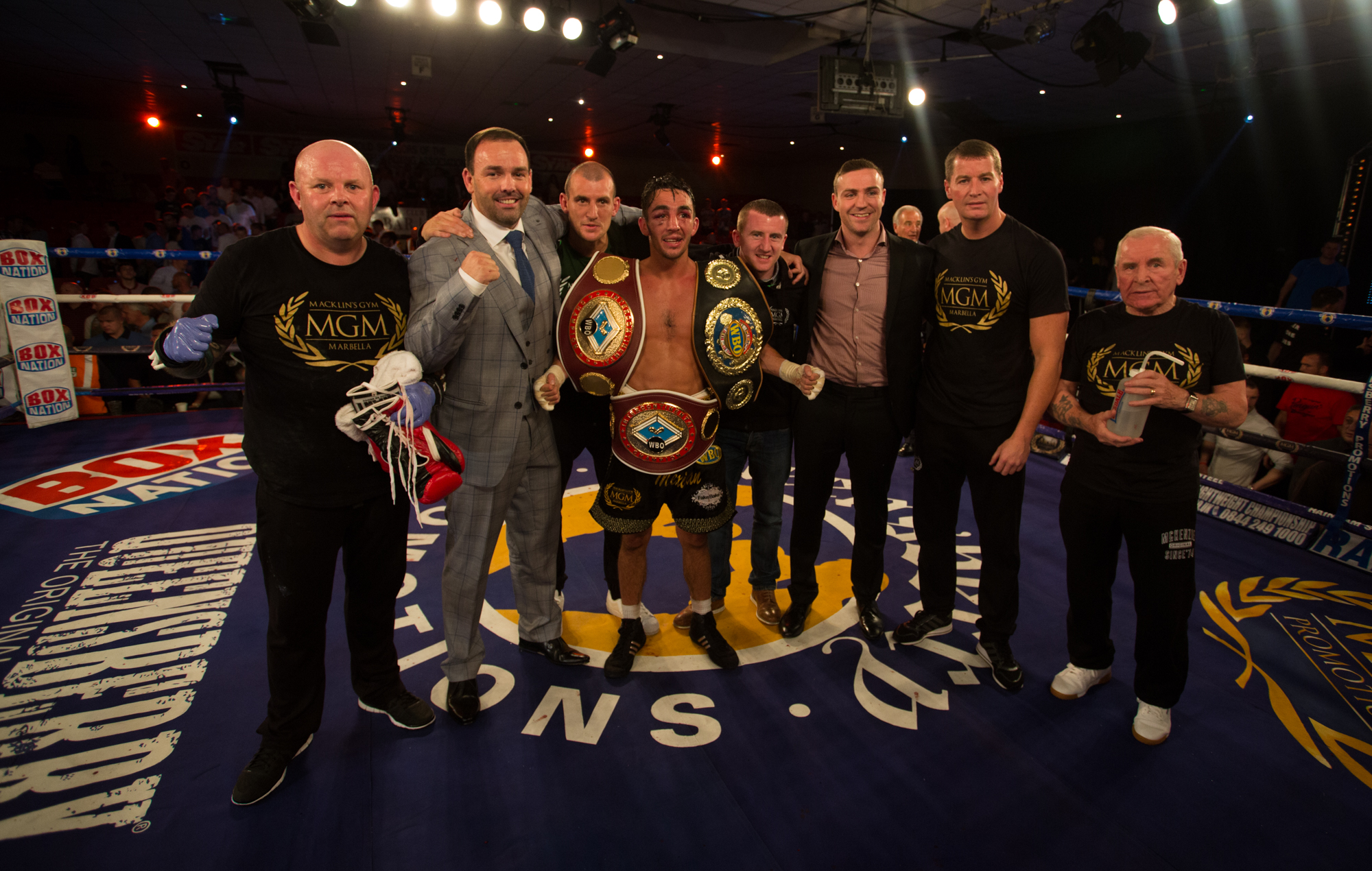 Jamie Conlan is the new star of Irish boxing following his thriller against Junior Granados last night at the National Stadium, Dublin.

The undefeated Belfast ace took his record to 14-0 with a unanimous points win over teak tough Mexican Junior Granados,  but Conlan had to survive two huge scares to emerge the winner.

Conlan, defending his WBO Intercontinental Super-Flyweight title for this first time, had to get up off the canvas twice to get the victory over Granados

Classy Conlan, 28,  looked sharp early on landing jabs on Granados, but the Mexican warrior kept the pressure on by walking forward and looking to land his own big punches.

He caught up with Conaln in the seventh round and floored him with a hard body shot, but Conlan showed his own ‘Mexican’ toughness by rising before referee Mickey Vann completed his count to ten.

With Granados going in to finish off Conlan, he backed up the Irishman on the ropes and floored him again, with Conlan showing his true fighting heart and getting up again to beat the count and see out the round.

Inspired by the roar of sold-out home crowd, Conlan came out firing in the eighth round to outwork Granados for the last two rounds and win on the judges’ scorecards with scores of 96-92, 95-92 and 95-93.

Conlan said he made some mistakes, but no one could doubt his heart, “That was a tough, tough, fight.  Granados said he came to fight and he meant it.  I’ve got to learn from the mistakes I made, but one thing’s for sure, I proved I’ve got a big heart and big balls for the fight and nobody is going to come here and beat me.  They’ll have to nail me to the floor.”

The Birmingham hot-shot looked punch perfect as he dismantled the hard Mexican with hard and accurate jabs and lead hooks, big right hands and slammed in some hard body shots.

Langford, 25, showed his maturity and development under top trainer Tom Chaney who has worked diligently with his young charge and the results showed.

It was the 13th fight of Langford’s career and he now with the title he steps up another level in the talent-packed 160lb domestic division alongside elite fighters Billy Joe Saunders, Chris Eubank Jnr and Nick Blackwell.

He said afterwards, “I’m delighted to win my first title and show some of what I’m capable of achieving.  Avalos was my first Mexican test and I came through it successfully.   This just the first level and I’ve got many more to go up before I reach my dream.  So it’s back to the gym, keep training hard and improve with each fight.” 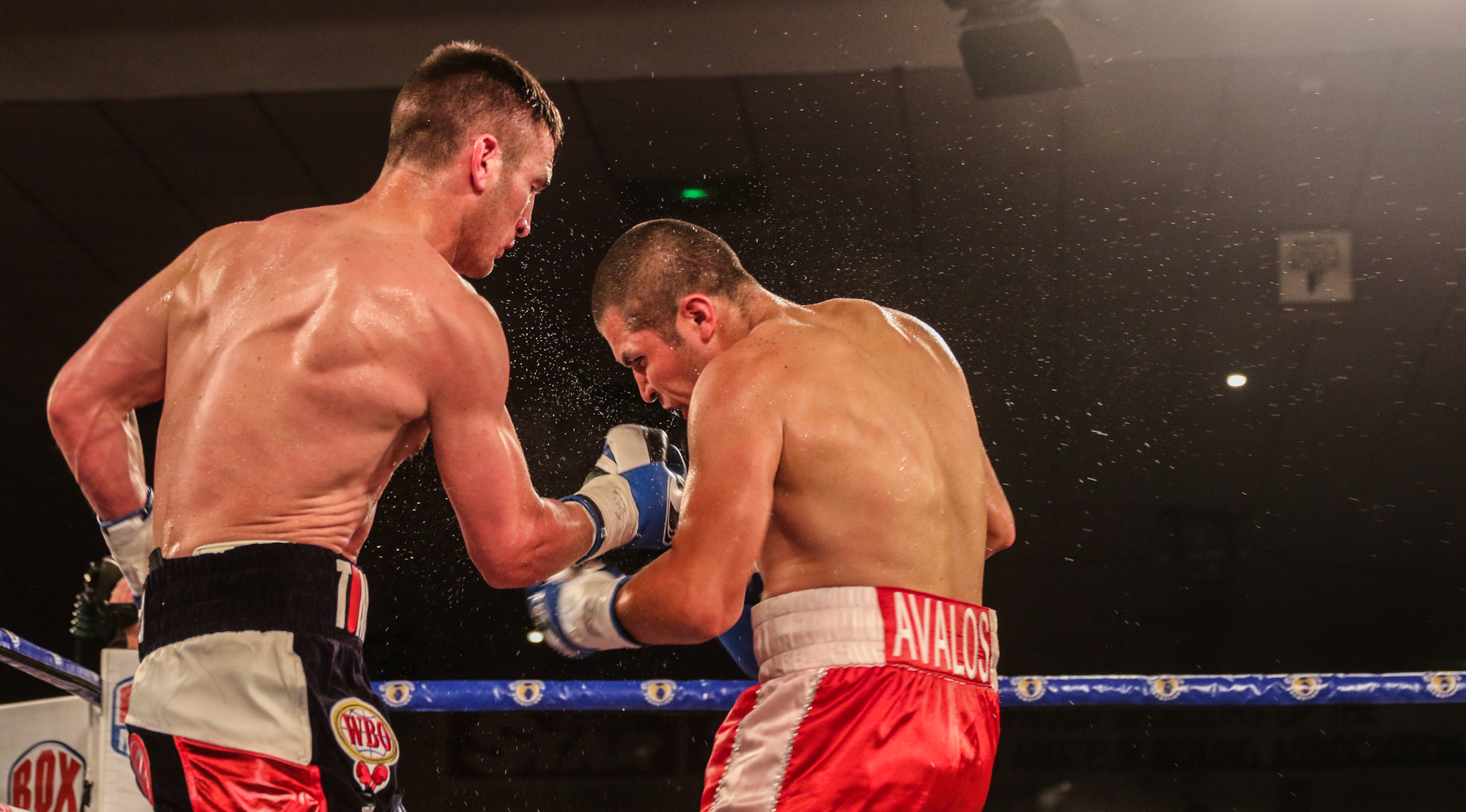 The full results from the Frank Warren and MGM Promoted event are: 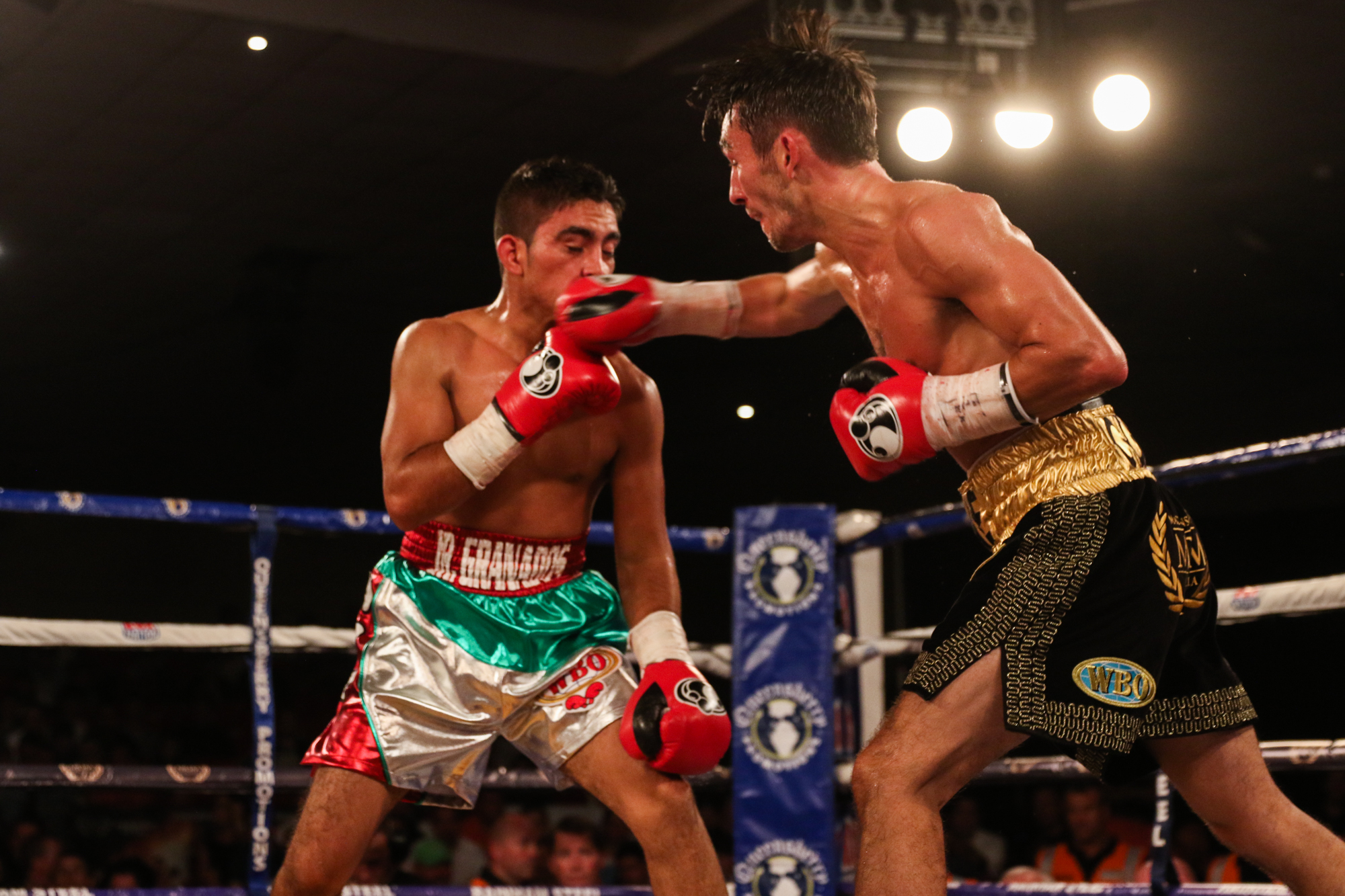 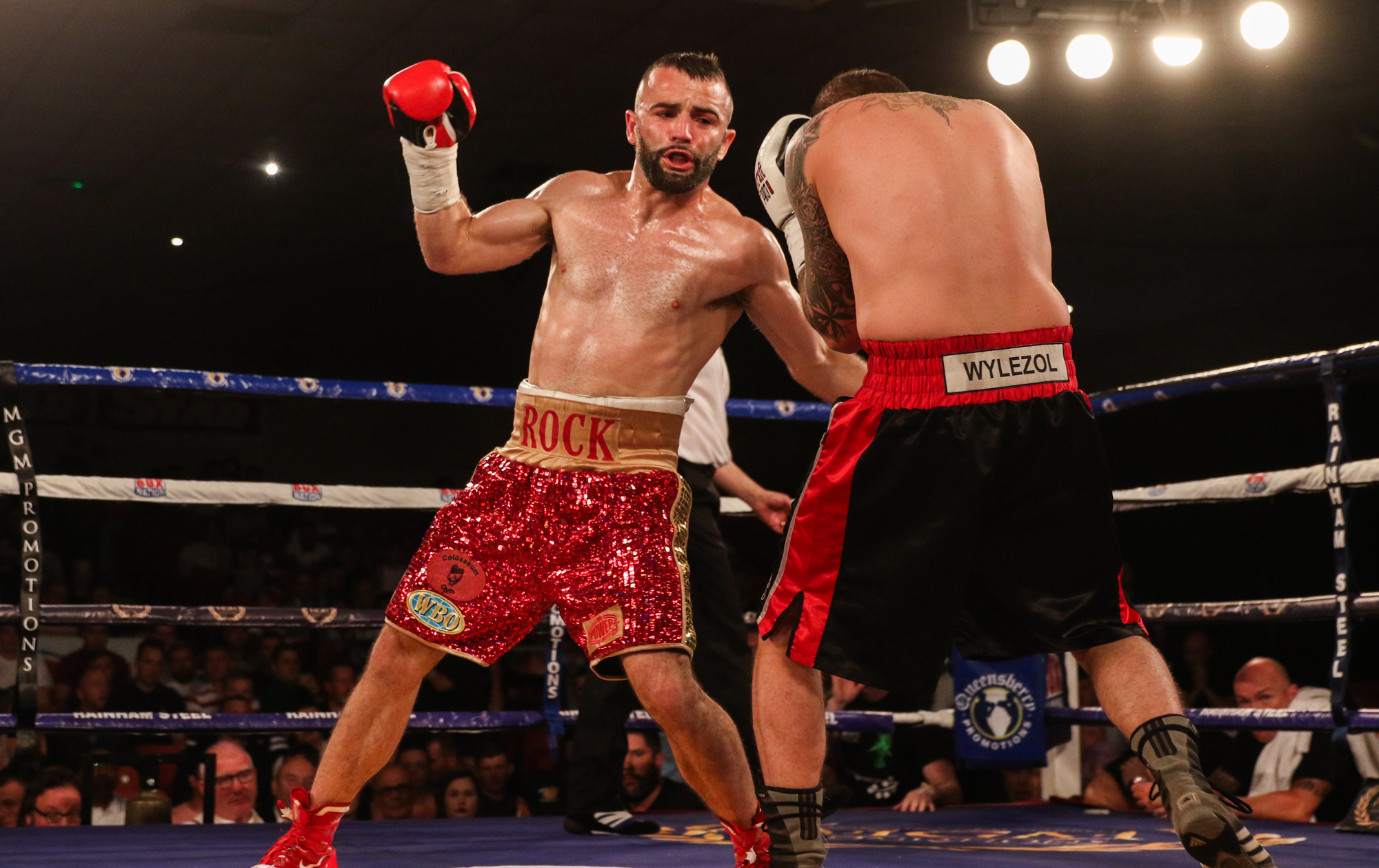 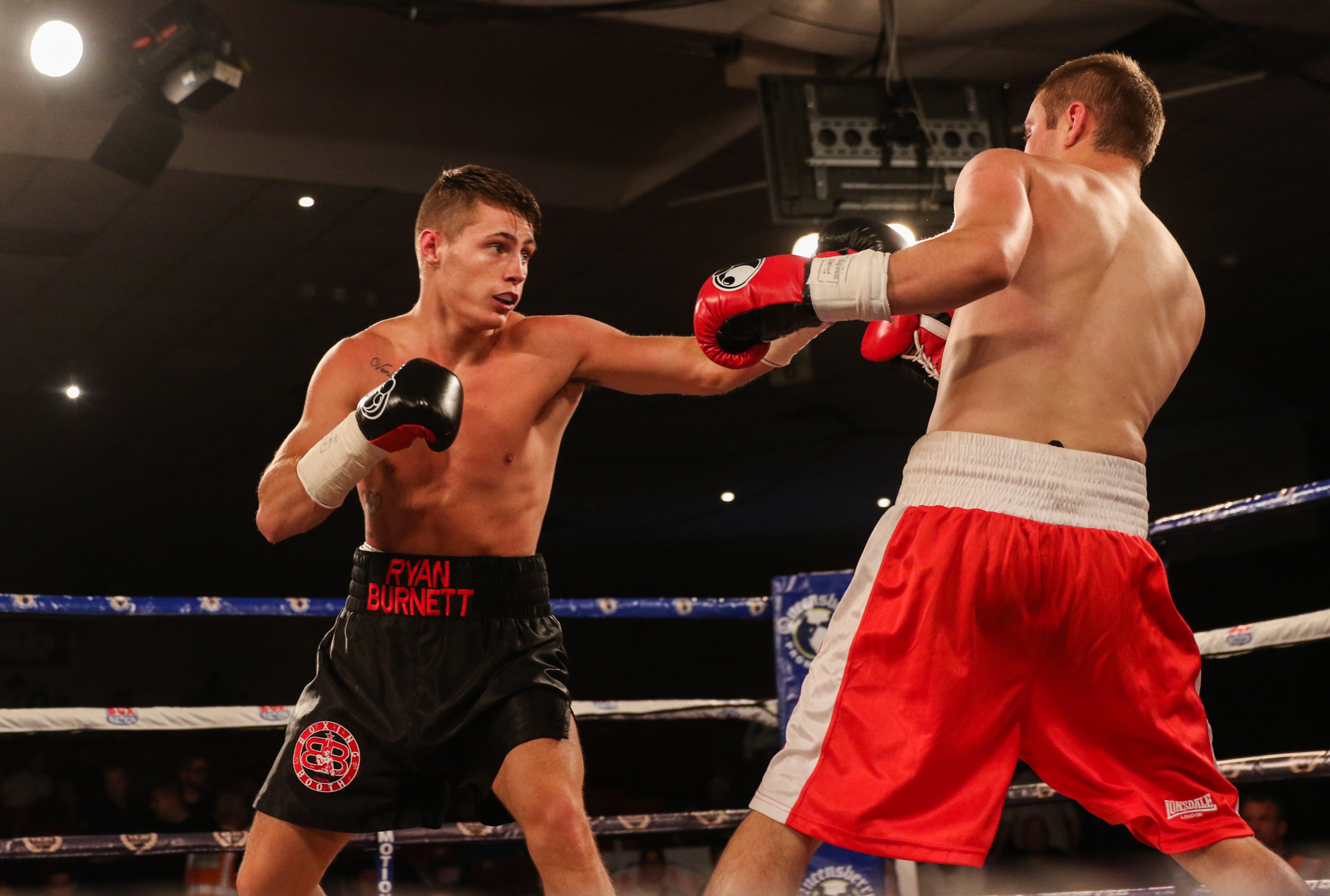