Jamie Cox has had some problems in his life, but he is a real talent, one of Britain’s brightest hopes who can add to the swelling ranks of world champions in the not-too distant future. 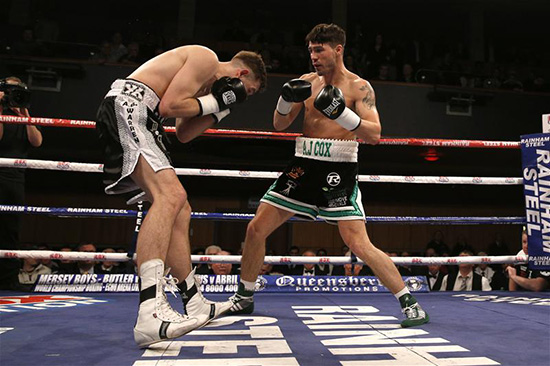 Thankfully, things are settling down for him now and he really is going about it the right way to make himself a viable contender for top honours. This year he’s journeyed around the world gaining experience by working with some very decent fighters and in gyms, notably in the United States, where they have no time for tyros.

With a game plan shrewdly devised by his trainers Lee Beard and John Costello, he is beginning to realise the potential that was always evident when he was a leading amateur.

He’s got himself into great shape and I believe he is capable of giving a decent account of himself against any super-middleweight in the world. The trouble is, it’s a similar situation to GGG, no-one seems to want to fight him. He’s a leading member of the ‘we don’t want to know’ club.

We offered to match him with Chris Eubank Jnr, but they simply weren’t interested – probably because he digs a bit too hard for their liking. There have been quite a few others saying: “Thanks, but no thanks,”’ too.

BoxNation viewers can see for themselves tomorrow night just how effectively Cox can box and bang – he is a real rib-rattler- when he defends his WBO European Super-Middleweight title against the very useful young Hungarian Ferenc Albert at the National Stadium in Dublin. Albert, 22, has won his last ten bouts in a row and this looks set to be a real tear-up.

The southpaw slugger from Swindon is a much-decorated amateur who won Commonwealth gold for England at the 2006 Games in Melbourne and was ABA champion in 2005.

Cox says: ”For the last 18 months I have been feeling really good in training and everything has gone to plan. I’ve been out in America and working really well out there for a couple of months.

“It does seem a little bit like the turning of a new leaf for me. I feel great and I’m most probably coming into the best condition of my life. It has shown in the last few fights.

“All I’ve worried about since coming back is just knocking people out.”

That’s the sort of talk you like to hear from a fighter,and it is very important that Jamie progresses up the rankings because he is still in his prime at 29 and can have some big-money matches. The likes of James DeGale, Badou Jack, Martin Murray, Fedor Chudinov and George Groves certainly are not beyond his reach.

Indeed, if the winner of tomorrow’s British title fight in Liverpool between Callum Smith and Rocky Fielding – a decent domestic scrap – is looking for a future opponent, Jamie is ready, willing and, believe me, more than able.

Other than that, we will push the Board to order a mandatory for a shot at the title. One thing about him is he can really whack, which makes him spectacular to watch and I am pleased that he seems to have found himself again. If you want excitement, Jamie is your man. 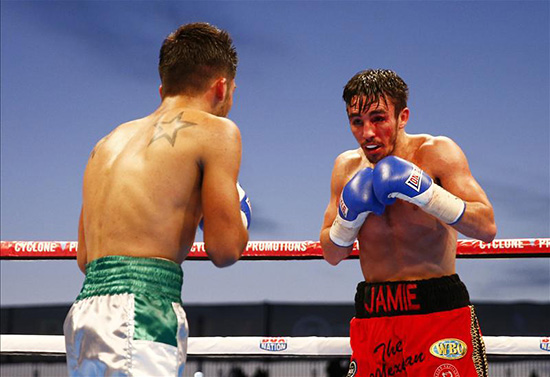 Conlan (14-0) had a tremendous scrap last time out in July against Junior Granados, twice climbing off the floor to grab a unanimous points win. He and is a big crowd-puller over there and there is a natural fight brewing with Paul Butler.

We have made an application for this to be an eliminator for the world title. That would be some battle.

In the meantime Ellesmere Port’s Butler limbers up by facing two-time European Champion Silvio Olteanu for the vacant WBO European Super-Flyweight title in a must-win contest on the massive Manchester Arena bill on 19 December.

Vijender Singh, boxing’s Star of India, is also among the supporting cast in Dublin, following up his explosive pro debut last month with his second professional fight against Nottingham fireman Dean Gillen.

One of the reasons Terry Flanagan is no longer appearing on the Manchester bill is that he has a ligament strain – which he didn’t want to risk aggravating – and he also clearly felt in need of a bit of a rest after his tremendous performance in defending his WBO lightweight title. I understand that. He will now be back in action on another bumper show in the New Year, those Turbo batteries well and truly re-charged.

I hold my hands up. I did say some time ago that after a few setbacks that Enzo Maccarinelli might be best advised not to fight again, and I have held the same opinion about Roy Jones jnr. 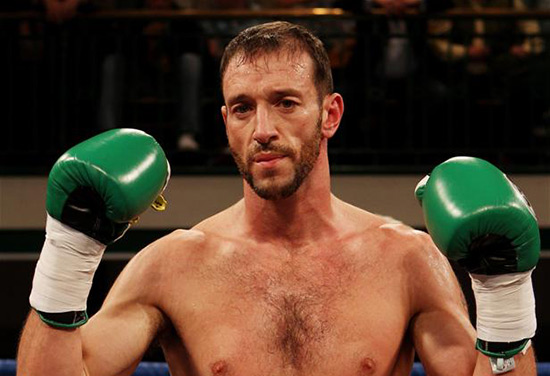 But the opportunity has arisen for them to meet in Moscow on December 12 and I certainly don’t blame Enzo for taking it because he really has picked himself up and got himself into great shape with Gary Lockett, now one of the best young coaches in the business.He’s has also collected a handful of decent wins – all inside the distance.

But I have to say that if he doesn’t beat the 46-year-old Jones, then it really is time for the likeable Welshman to say thank you and good night, boyo.

But my gut feeling is that he will be too good for the former multi-weight world champion, who now declares himself a Russian citizen and seemingly Vladimir Putin’s new best friend.

We’re still not sure whether or not the cruiserweight clash will have a world label attached to it, and are awaiting confirmation from the promoter of its status. The posters they have printed are saying it is, so no doubt President Putin will be blowing in someone’s ear…

Stand by for a Storm

First it was Floyd Mayweather jnr, then Gennady Golovkin, followed by Terence Crawford and now, tomorrow night, Timothy Bradley completes of the quartet of the world’s best pound-for-pounders assembled for the exclusive appreciation of BoxNation viewers these past few weeks. 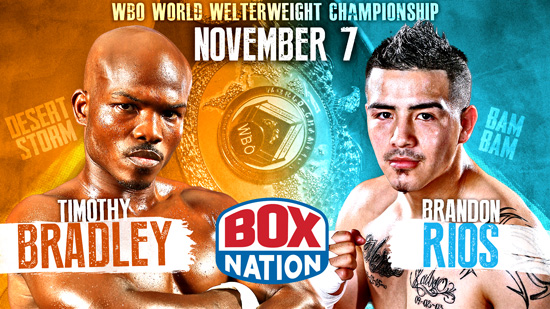 ‘Desert Storm’ Bradley became boxing’s Man Who Shot Liberty Vallance when he controversially defeated Manny Pacquiao three years back and although he lost in the return – his only defeat in 34 contests – he remains, alongside the other three, one of the ring’s supreme modern artists on canvas.

On Saturday night (early hours of Sunday here) he contests the WBA world welterweight title in Las Vegas with former champ Brandon Rios in what is certain to be another humdinger.

Both were involved in Fights of the Year in 2012 and 2013 and with Ukrainian’s reigning WBO featherweight world champion Vasyl Lomachenko defending his title against WBO No. 7 world-rated contender Romulo Koasicha as the co-main event it will be another classic fist-fest well worth waiting up for.

Tomorrow: Hubbard’s Cupboard on the rise and fall of boxing’s Holy Warrior