Now well into his 29th year, former teenage sensation Jamie Cox knows the time is dawning for him to roll the dice, if he’s to perform on the world stage where his explosive talent belongs.

The Swindon southpaw gets a chance to crack the world ratings and add the WBO European super-middle strap to the Commonwealth light-middle belt he collected in 2011, when he confronts Switzerland’s Blas Miguel Martinez over ten rounds at the SSE Arena in Wembley, on Friday 24th July, live and exclusive on BoxNation.

‘I’m always prepared to gamble, just give me the bet!’ chirps the likeable West Countryman who has a vested interest in the main event, the WBA 12st clash between Russia’s Fedor Chudinov and Winchmore Hill’s Frank Buglioni.

‘I’m at a stage now where I’ll fight anyone at middle or super-middle. Pain only lasts for a day or so. I want to challenge myself to see how good I am. I’d love the winner of Chudinov-Buglioni and an impressive performance on the undercard would make me a very viable voluntary challenger.

‘Sometimes, when I turn the boxing on, it’s boring whereas I’d like to think I’ve always proven myself pretty exciting.’ 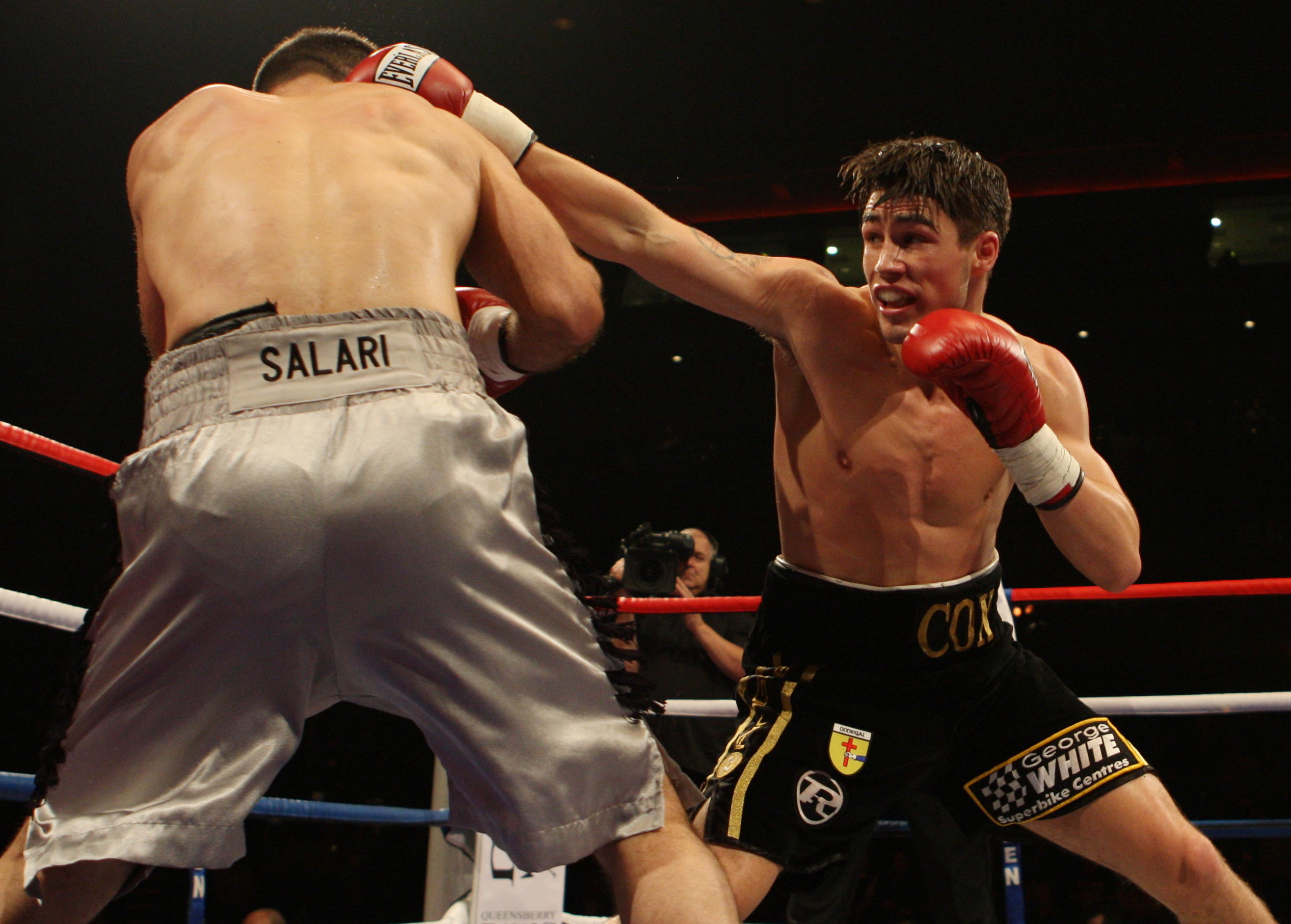 As a stringbean light-welter, the pride of Wiltshire blasted his way to the senior ABA title and 2006 Commonwealth Games gold medal, whilst still just 19.

But delicate mitts – the bane of so many knockout specialists – has restricted Cox to just 18 starts in eight years.

With just one public airing – a six round shutout against a French import – bridging the 29 months since his Commonwealth triumph, joltin’ Jamie could’ve used some ring time when he resurfaced against Huddersfield’s Alaister Warren last February.

But old habits die hard and the hardy Tyke was wiped out in two and a half minutes!

‘Ideally, after so long out, I could’ve done with some rounds but Warren is a notoriously tough boy so I was very happy that I was able to do that to him,’ said Cox.

‘Besides, lately I’ve had plenty of quality sparring with James DeGale here and (Saul) ‘Canelo’ Alvarez in San Diego.

‘And I’d have to say ‘Canelo’ is the best I’ve been inside a ring with. He was born for fighting. He’s got a wicked front hand and I was very surprised how good his defence is. I had a real good time and the Mexicans treated me very well.’

At the turn of the year, the 5ft 11in Cox was contemplating a return to his old 11st stomping ground to settle a couple of civil wars with Liam Smith and Brian Rose. But six months on, his antennae are now firmly focussed on 160-168lb competition.

‘Basically, I’ll go wherever the opportunities are. I want to get involved with the bigger names in either division. I just want to be in good fights against good fighters,’ he explains.

‘After training, I walk around at about 12.3 so I’m sort of between the weights. I’ve always been naturally strong and there’s only eight pounds difference between middle and super-middle so I can’t imagine it making that much difference. When I spar bigger opponents, I’m seldom found out for strength yet I find them slower which allows me more time to pick my shots without having to rush.’

Coach John Costello – who has been involved in Cox’s career in a variety of capacities since the start – still has lofty aspirations for his ward.

‘Until he had his hand op, Jamie was basically boxing with just one and a half hands,’ says the Brummie whose sons Thomas and Joe have both boxed pro. 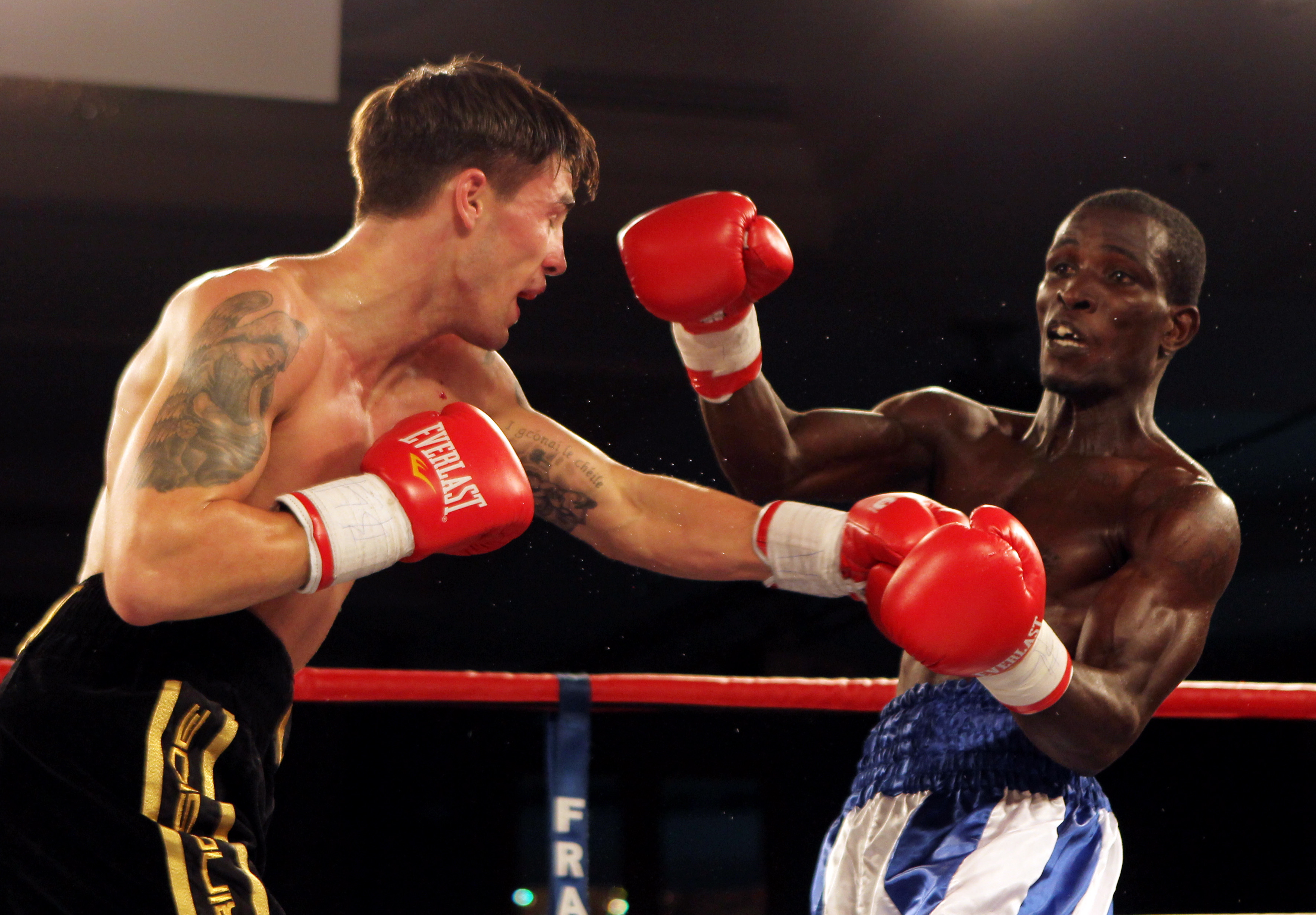 ‘The media slaughtered him for the low blows the night he won his Commonwealth light-middle title against Obodai Sai but basically Jamie had to look for something soft to land on. His hand was absolutely shattered. Now he’s had it properly sorted, his left hand’s like a rhino’s head, rock solid.

‘Frank (Warren) has been golden with Jamie and hopefully the plan is for Jamie to face the winner of this main event.

‘Going on Chudinov’s title win over (Felix) Sturm, for me, Jamie beats the Russian out of sight. Jamie’s got ridiculous natural strength and he does more than well sparring super-middles and above. He’s that powerful and he’s got a proper engine.

‘I know Britain is very strong at 12stone but a healthy Jamie Cox has got the beating of all of them. If he doesn’t win a world title, something’s drastically wrong.’

Another spat that would get the juices flowing would be a Wild West war with Wiltshire rival Nick ‘Boom Boom’ Blackwell, the reigning British middleweight czar.
It certainly interests Cox who says: ‘It’d be a huge fight for the West Country. I’d get down (to 160lbs) for that.

‘Trowbridge is only about half an hour from Swindon. We know each other but we’ve never sparred because I’m usually way training in Birmingham or Manchester.

‘Still, I’ve watched all Nick’s fights. He’s got a good engine, likes to come forward and has loads of heart and bottle. As long as it’s for something, let’s do it. I’m sure it’d be a great fight. It’s about knowing how to win.’

For that to happen, he must first make a Swiss roll on Saturday 24th.

‘The kid’s a steady fighter so I won’t be able to make mistakes,’ acknowledges Cox of his 21(12) -7-1 Mohlin based opponent.

‘I’ve prepared really hard for a 10 round fight, as always, but hopefully I can get home early. My mindset it is to go out and destroy!’