Jamie Kavanagh: ‘UK Fans Can Expect Plenty of Action When I’m in the Ring.’

After five years learning his craft as a pro in the gyms of the US west coast, former world youth silver medallist Jamie Kavanagh has thrown his hat into the ring with Britain’s talent stacked lightweight division.
The 25 year old Marbella based Dubliner is a welcome addition to the SSE Arena in Wembley on September 26th. Last week boxing writer Glynn Evans listened to his story. 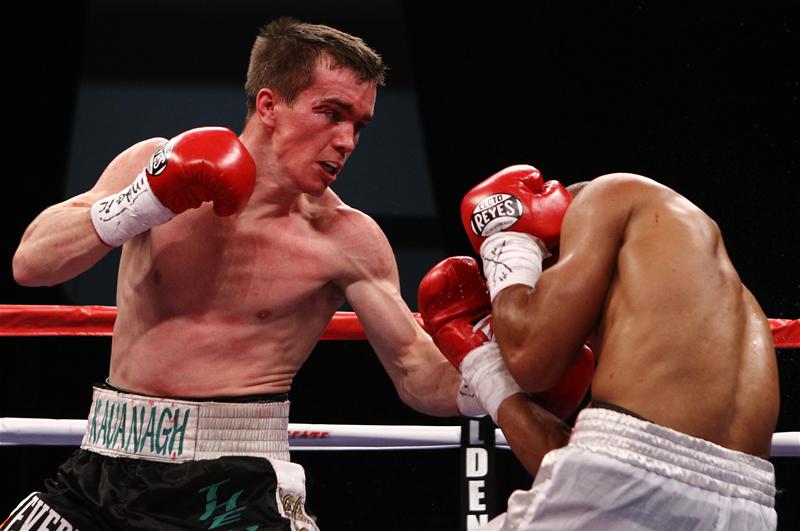 Where did ‘The Nuisance’ nickname derive?

Friends and family. Growing up I was a proper nuisance always playing tricks; a thorn in everyone’s side!

I understand you lived in Spain from the age of ten yet won several Irish national titles.

That’s correct. I speak fluent Spanish.
I’d already started training in Dublin and a condition of my agreeing to leave my friends in Ireland was that he’d find me a boxing gym. But in Spain you can’t actually compete until you’re 15 so every year I’d return home and win the All-Irelands. Thankfully, I had a lot of sponsorship and support.

What were the circumstances behind you kick-starting your pro career in the US?

My friend from Dublin Dean Byrne was a pro in the US and fought in Vegas the night before Pacquiao knocked out Ricky Hatton. Dean told his manager (Steve Feder) I’d won silver at the World Youths and Steve asked if I’d be interested in signing. After finishing school, my Dad advised I take a year out, follow my boxing dreams, see how it went.
I started out at the Wild Card gym in LA, coached by Freddie Roach. I enjoyed the experience. I shared a sparring ring with the likes of Manny Pacquiao, Amir Khan, Jorge Linares, lots of world champions. It was very hard; not for a long lasting career!

How did Pacquiao and Khan compare when you sparred them?

Sparring Pacquiao, seeing him on the end of your punches, was surreal. Commercially, he was huge, the Philippines’ biggest export. There’d be just me and me trainer, his entourage exceeded 30! It was always his show, a bit intimidating when he was on ‘point’. His biggest attribute was how he can give and take distance. But Manny was always good to me.
Amir must have the quickest hands on the planet. It’s like being in the ring with a blender (!) and he keeps it up for 12 rounds. Whereas Manny might knock you out with one shot, Khan will hit you with six….but he’ll still knock you out! 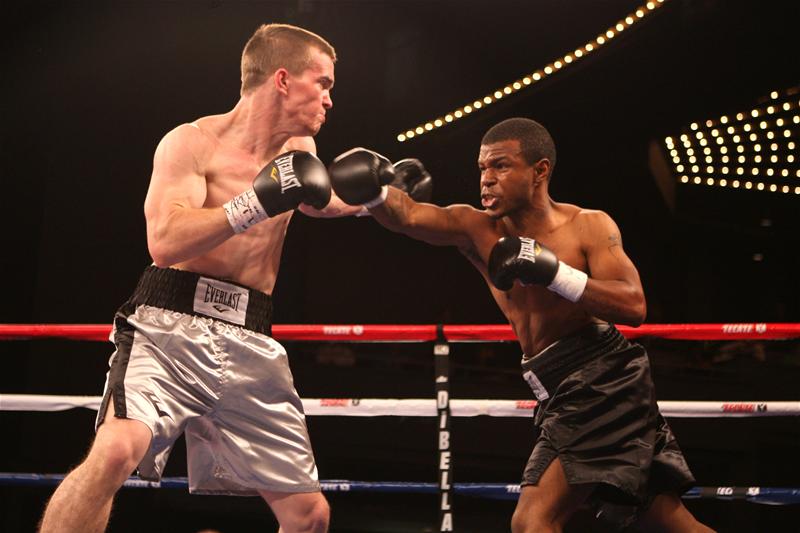 After splitting with Roach in 2013, you aligned with Joel Diaz in Palm Springs. How did the masters compare?

Very different. Freddie is very much an offensive trainer, great at teaching angles. With him, you never step back, always step to the side. He’s a very regular, kind man with a lot of knowledge. I still see him around.
While there were 200 vying for Freddie’s attention at the Wild Card, there was usually just me and Joel. Unfortunately I never got to spar Tim Bradley (who Diaz also trained) though we both wanted to.
Joel preached fighting at range, catching opponents on the end of your shots. He too was very good but Palm Springs was pretty isolated and full of old people. All you could do was play golf. When my contract with Golden Boy ended and I knew my baby was on the way, I decided to head home.

Is the US route one that you’d recommend other talented British and Irish amateurs to pursue?

I learnt a lot but it was very lonely. The distance means it wouldn’t suit everyone. The time difference on the West Coast is such, that there’s a very small time frame where you can communicate with friends back home. The best part of the day was training, when your mind was occupied.
It definitely made me hard mentally. When my body was in the US, my mind was usually in Spain. My father passed a year ago (shot dead in a gangland hit) and I had a baby three and a half months ago. That’s why I’m back in Europe now, managed by the MGM crew in Marbella.

The solitary reverse on your 20 fight pro card came when you were knocked out by Mexico’s Daniel Ruiz in Cancun. What went wrong that night?

It was just a bad experience all round. I had a bad training camp, my old trainer at home was suffering. In retrospect, it wasn’t a good idea to go to Mexico and fight a Mexican. I was told I’d fight at 8.30 but was rushed into the ring closer to 7.30. I hadn’t even finished wrapping my hands when I got the five minute call. As I was getting up, the referee jumped right on top of me!

I’d like a couple of sharpeners first to find my feet but I’d jump at a fight with any of those you’ve mentioned. It’s hard to single one out. Those guys all hold world belts or are on the brink of world titles. I’ve shared a sparring with Diego Magdaleno and, let me assure you, Flanagan is in for a very hard night next month. 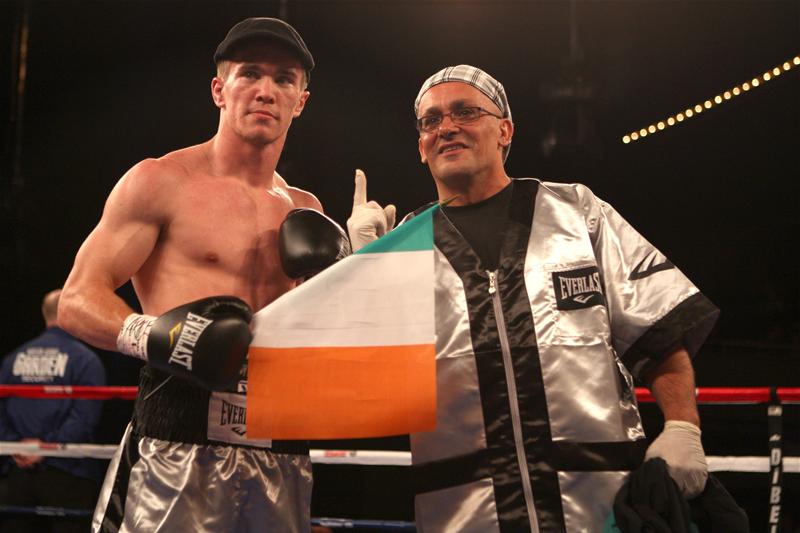 What can UK fans expect when you return to the ring later this month?

Plenty of action, just as I always delivered in the US. This is the entertainment business. I aim to force myself into the mix with all these top Brits and be involved in big money fights.
I’m told I’ll be the first televised fight. I’d have liked an eight rounder but the card is stacked so had to settle for six. Hopefully, I’ll have another fight before the year is through. I’m just looking to build a bit of momentum. Ultimately, I see myself as a world champion.