JENKINS HOPES NOT TO STRIKE IT UNLUCKY AGAIN 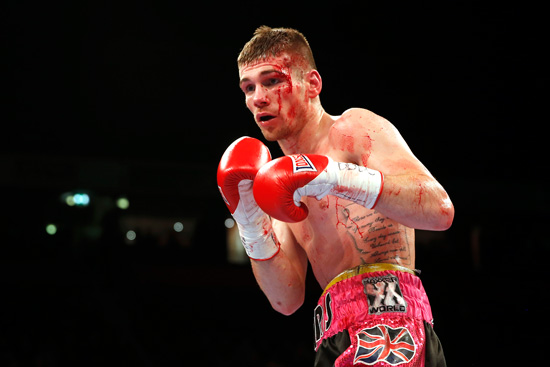 Jenkins drew and lost a close points decision against Tyrone Nurse in super-lightweight title contests back in 2015.

“I just hope that this is my time in a British title fight,” said Jenkins who warmed up for his big fight by outpointing Edvinas Puplauskas in early February.

Jenkins, 30, added: “There are so many fighters, who get so close yet so far.

“I don’t want to be known as the ‘almost man’ or the unluckiest Welsh boxer because of cuts and close decisions going against me.

“The cuts are in the back of my mind, but I have to try and put it away and just box to the instructions my trainer Gary Lockett gives me.

“We will see what happens on the night, but I am confident in my own ability and if I box to instructions from Gary I can beat anybody.

“Hopefully there will be no cuts and I will do what I have to do to become British champion.”

Garton (23-1-1) has been one of the biggest surprises in British boxing in recent years and admits he never expected to get this far.

Jenkins is one of the few who spotted Garton’s potential when they sparred for five rounds.

Chris explained: “A few years ago I went to Johnny’s gym when Liam Williams was sparring with Bradley Skeete and we did a few rounds together.

“It was a good even spar and a nice move around for both of us.

“I thought Gary Corcoran was a tough fight for Johnny because he gave Liam Williams a hard fight, but everything he did was good and he drew Gary into the fight he wanted.

“I am not surprised to see Johnny do well. He trains very hard, is a good fighter, Alan Smith is a good trainer and he trains in a champions gym. Success breeds success.”