Rising Manchester light-middleweight contender Jimmy ‘Kilrain’ Kelly is a fighting man, from a fighting family and gets to show his skills on Saturday 10th October at the Manchester Arena when he has his first fight under new promoter Frank Warren for the Vacant WBO Intercontinental Championship.

‘I was in the boxing gym since the age of about four. Dad had over a hundred amateur fights and was on the brink of turning pro but then my sister came along and he needed to get a proper job,’ revealed the 23 year old from Wythenshawe who has romped to 15 straight wins and the WBC Youth title since debuting as a teenager back in March 2012.

‘Dad was boxing daft and Kilrain is my given middle name after Jake Kilrain, the legendary bareknuckle fighter from the nineteenth century who fought John L. Sullivan.’

A product of the fabled Champ’s Camp gym in Moss Side, now run by ex British champions Ensley Bingham and Maurice Core, young Jimmy started to compete as soon as he was legally able, representing the Jimmy Egan ABC on Royalthorn Road.

He recalls: ‘I had 69 amateur fights and won more than 60, over 40 by stoppage. I won the national schoolboys twice, the Junior ABAs three times and won 15 Young England vests. I once got to the quarter-finals of the senior ABAs but broke my hand and had to withdraw.

‘But once my mother died of cancer a few years back, I decided that I needed a clean slate, a fresh chapter so I turned professional.’

Just 19 when he began to punch for pay, only two of the stylish all rounder’s first 13 opponents brought winning records, as he learnt his craft in the northern small halls.

But a brace of brutal third round stoppage wins for versions of the WBC Youth title this year against Georgia’s Nodar Robakidze and Ghana’s Isaac Aryee significantly elevated Kelly’s standing. In both instances, rib bending body shots were at the core of the carnage. 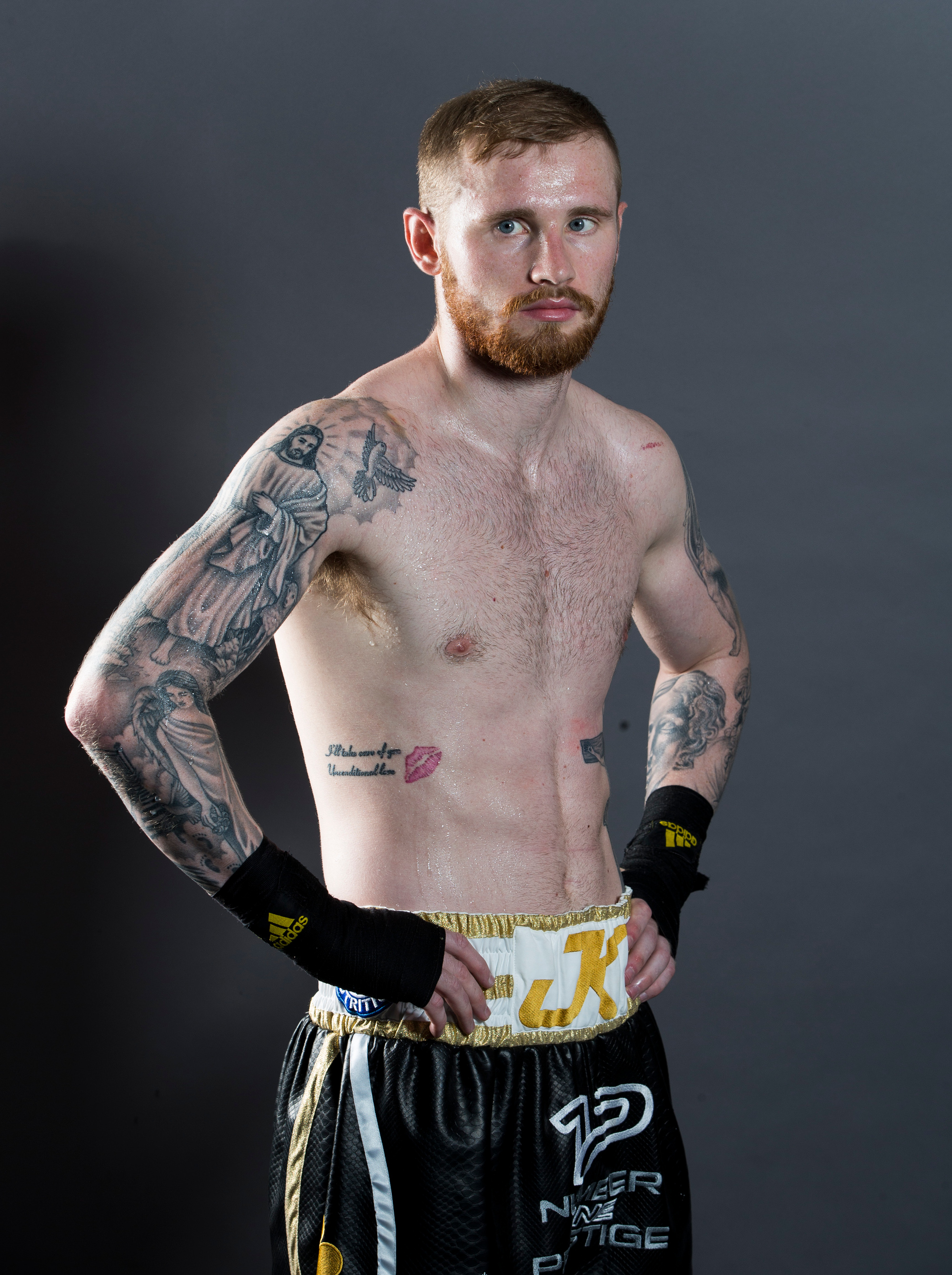 ‘I feel adequate in every area and quite versatile,’ states Kelly, who is managed by Lee Beard.

‘Marvin Hagler was always my hero. He got to the very top despite very little exposure early in his career. He got no gifts, no favours, simply put his head down and kept winning. He’s an excellent role model I’d like to emulate.’

Away from the ring and gym, Kelly is far from your stereotypical pug; boasting 12 GCSEs (including seven A*, and two A gardes) plus a BTech (distinction) in Sport Science. He made quite an impression when debuting on ‘Bunce’s Boxing Hour’ last month, resplendent in thick rimmed specs and a tweed three piece!

‘I’ve always enjoyed a nice bit of clothing. The family always got dressed up on Sundays to go to church,’ he explains.

‘It was a fantastic experience being on Steve’s show. Being around older people at boxing gyms since I was four or five, I’ve always been pretty mature. I felt quite relaxed. Several people commented that I came across well.

‘After a fight, myself and my missus – who has a couple of businesses – like to treat ourselves to a nice break. In March we went to Cairo and after this fight, we’ve booked to see the Northern Lights in Rekjavik.’

‘No one really stands out. They’ve all got their own qualities,’ he assesses.

‘Liam Williams beat me in the amateurs when we were about 11 or 12 so I’ve always had big respect for him. Gary Corcoran has a good work rate and Danny Butler appears to have found a new gear of late. But I could be the dark horse. I’ve had a quiet but quality apprenticeship like Hagler. Now it’s my time to break out.’

The Man United diehard gets to showcase his wares before sizeable live and TV audiences at the Manchester Arena and is thrilled.

‘This is such a massive bill for my city. There’s so many great fights. It’s a privilege to be part. Like everyone, I hope I can be on early so I can enjoy all the action,’ said Kelly.

‘Terry’s got real momentum and I think he’ll come through against (Diego) Magdaleno.  I expect Liam to be miles ahead of John Thompson and to win comfortably.

‘I’ve had a lot of good performances in small halls, off TV. I always train hard and arrive in shape. Last time I took out this Ghanaian who’d stopped 18. Now I’ve an opportunity to show what I’m about to a bigger audience. I don’t intend wasting it.

‘If Liam can win and retain the world title and I can win this WBO InterContinental, our paths could cross in 12-18 months time, say five fights from now. That’d be a huge fight for both Liverpool and Manchester.’
Tickets for World War III, featuring the WBO World Lightweight Championship Terry Flanagan v Diego Magdaleno and the Vacant WBO World Super-Welterweight Championship Liam Smith v John Thompson, are priced at £40, £75, £125, £200, £300 and £500* and available now from www.frankwarren.com, Manchester Arena on 0844 847 8000 and Eventim on www.eventim.co.uk and 0844 249 1000