Judgement daze – does anyone really know the score in boxing?

No-one will dispute that Dr C K Wu, the ultra-ambitious but extremely effective overlord of AIBA, aka the International Boxing Association, which governs what used to be amateur boxing, knows the score when it comes to his sport.

Alas, it appears that many of the ringside judges appointed for the Rio Olympics did not – at least as far as assessing the outcome of the bouts was concerned.

A fistful were sent home after some highly dubious decisions, not least that involving Irishman Michael Conlan who branded the sport ‘corrupt’ and has now defected to the official pro game.

Subsequently AIBA have now decreed that none of the 36 referees and judges used at the Rio 2016 boxing competition will officiate again until an investigation into scoring procedures has concluded.

Boxing at the Rio Olympics was marred by several high profile controversies. Bantamweight Conlan complained that he was robbed and Kazakhstan’s Vassiliy Levit also lost a bout which he appeared to win comfortably.

And there was a substantial degree of doubt about the verdict given against Britain’s Joe Joyce in his super-heavyweight final.

AIBA says it will “fully assess what action needs to be taken”, adding: “While the majority of the boxing competition in Rio 2016 was received very positively, a small number of decisions under debate indicated that further reforms in the AIBA referee and judging procedures were necessary.

AIBA had dropped a number of unidentified judges and referees during the competition, after finding that “less than a handful of decisions from the 239 bouts reviewed were not at the level expected.

All very curious. But problems with judging in boxing are nothing new.

Scoring, ranging from the simply contentious to the unfathomable and occasionally blatantly crooked, has been endemic throughout the Olympics and was highlighted when American Roy Jones jnr won silver at the 1988 Seoul Games after never losing a round on the way to the final, where South Korean Park Si-Hun was notoriously given a 3-2 decision. He had been pummelled for three rounds, Jones landing 86 punches to Park’s 32.

Park himself is said to have apologised to Jones afterwards and the referee told Jones that he was ‘dumbstruck’ by the judges’ decision.

One judge later admitted the decision was a mistake and all three judges voting against Jones were eventually suspended.

An official IOC investigation found that, although the offending judges had been wined and dined by South Korean organisers, there was no evidence of corruption in the boxing events in Seoul.

Jones was awarded the Val Barker trophy as the best stylistic boxer of the 1988 games, which was only the third and last time in the competition’s history when the award did not go to one of the gold medal winners. The incident led Olympic organisers to establish a new computerised scoring system for Olympic boxing.

In Rio this was again overtaken by the introduction of the pro-style ten points per round system.

It has now been suggested that professional judges should be appointed for Olympic and other major tournaments, but I doubt this is the solution.

In my experience there are quite often miscarriages of justice in pro boxing too, one recent example being the ludicrously lop-sided arithmetic when Scotland’s world super-lightweight champion Ricky Burns defeated Kiryl Relikh of Belarus in Glasgow.

Ringside arbiters are always supposed to be impartial and have sound judgement, but it doesn’t always work out that way.

And boxing is by no means alone in this respect.

Any sport where the result is subjective, depending on the easement of the human eye is open to controversy.

Ice skating has had its fair share of nationalistic bias, as has gymnastics, while marking in diving and even dressage can be called into question.

It is a flawed system, but is there any other?

Dr Wu has certainly cleaned up boxing’s act in several respects but he will never be able to perfect the vagaries of judging fights as whatever system is adopted there will be as many questionable decisions in Tokyo as there were in Rio.

The best that can be hooped for is that the Tokyo judges have 20-20 vision.

Tokyo may also see further changes in the ring. Headguards were discarded in the men’s tournament in Rio, making participants more viewer-friendly and there is some no speculation that vests may follow, further ‘professionalising’ the event.

This could mean boxers having their nationality printed on or pinned to their shorts.

Whether Team GB’s three medal winners from Rio will be in Tokyo seems most unlikely.

All three were guests at last week’s Boxing Writers’ Club awards dinner at London’s Savoy Hotel, and admitted they were mulling over offers to become fully-fledged pros. 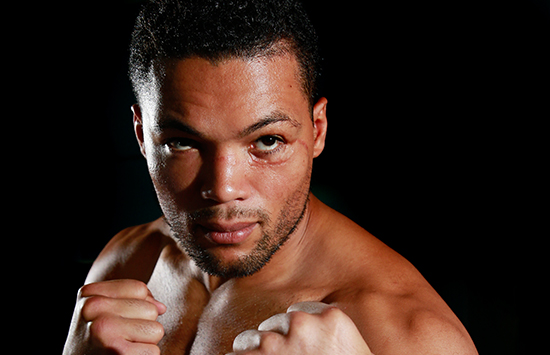 Even though he narrowly missed out on an Anthony Joshua-like goldmine, super-heavyweight silver medallist Joe Joyce is wanted by promoters here and overseas, but says he is taking his time to make a decision.

Light-heavyweight bronze medallist Joshua Buatsi is eight years younger and promoters are queuing to sign such an outstanding and personable prospect. But Buatsi says he will delay any decision until he completes his sports science and management course at St Marty’s University in Twickenham next March.

Even the golden-gloved Nicola Adams, reveals she is thinking of turning pro.

The 33-year-old world, Commonwealth, European and now double Olympic flyweight champion, who became the first British boxer to defend an Olympic crown for 92 years, says: “If I was to go professional I could definitely break boundaries. I’ve had a few chats with quite a few promoters and I still need to think about what I really want to do.

“There is also Tokyo Olympics in 2020 and acting which I’d love to pursue, but the professional boxing world would be a big challenge. Who knows, we could have a new pro world champion.”

That may be so but I think Adams is better off as she is. There is not a great deal of money on the women’s pro circuit, which is based mainly in Germany and the United States, and she seems to be doing very nicely, thank you, as an in-demand celebrity here.

Hiring Nicola does not come cheap. One boxing promoter tells me her agent wanted £20,000 for her to box a three-round exhibition. More than the majority of male pros get for an actual contest.

She is already a reasonably rich young woman from endorsements, sponsorship and personal appearances.

She deservedly received the Amateur of the Year trophy from the Boxing Writers s before dashing to collect another award elsewhere.

London’s new boxing buff mayor Sadiq Khan, who sang the fight game’s praises at the BWC dinner, said he was proud all three Rio boxing medalists were products of the capital.

Well, not quite. Adams was born and brought up in Leeds, though she has now moved to Hackney in London’s East End.

And judging by the way she smilingly conducts herself in public while cashing in on her great talent and sparkling personality, here is someone in boxing who really does know the score.