KEVIN JOHNSON HAS ‘RENEWED HUNGER’ AFTER THE LOSS OF HIS FATHER 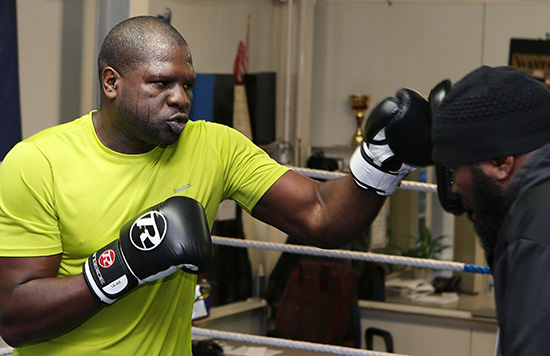 The boxing veteran shared the news that his father had died just a couple of weeks ago, but vows to continue his preparations for the fight and will use his family bereavement as fuel and cause the upset by defeating his largely fancied opponent.

“It’s given me so much renewed hunger to win this.” He says, alongside his new training strategies which Johnson has included in his day-to-day training regime. The American believes we will see ‘a new Kevin Johnson’ on October 6th.

The former world title challenger has shared the ring with some of the recent best in the heavyweight division including Tyson Fury, Anthony Joshua, Kubrat Pulev and of course a world title tilt at then WBC Champion Vitali Klitschko in 2009.

Now 21 years old, Dubois is quickly becoming the biggest prospect on the heavyweight scene. The young London fighter has knocked out all eight of his opponents to date.

He continued: “But it’s a big transition to make, especially for a heavyweight. There is always a danger that they haven’t seen what an experienced, veteran fighter can bring to them. Let’s see what happens when he steps into that ring against me.

“He’s going to feel the pressure and how does he react to that? You only know whether you can cope with going up levels once you’re in them. It’s a hard business, and many young prospects have faltered because they find they can’t make the next step. He doesn’t know he will make it, he can’t know!” 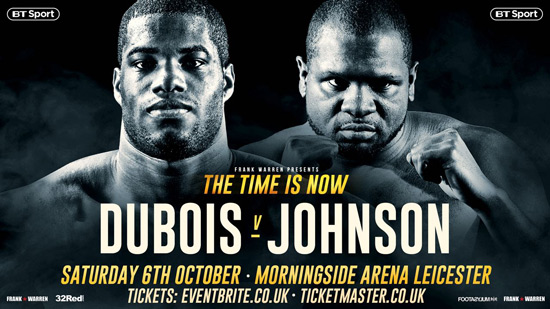