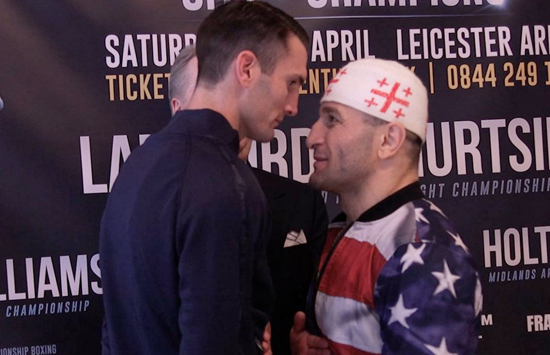 When Tommy Langford finally got to realise his early ambition of fighting for the British title, it didn’t pan out to be epic encounter he would have hoped for.

Sheffield’s Sam Sheedy was in the opposite corner – having taken the place of original opponent Chris Eubank jnr – and, for Langford, it quickly became clear that it was going to be a case of just getting the job done.

To say the fight was cagey would be an understatement and you couldn’t even claim it was one for the purist. If ‘Nobbins’ fights were still in existence then any spare change would’ve remained firmly in pockets.

Sheedy publicly proclaimed he was going to be Langford’s worst nightmare ahead of the fight, that he was going to spoil and be elusive. He got it down to a fine art on that November night in Cardiff, but Langford did enough to pull through, albeit by split decision.

The contrast between then and what is in prospect for Langford now could hardly be more stark. With the WBO Interim middleweight world title on the line, he is now up against the marauding force of Avtandil Khurtsidze.

To simply describe the Georgian as a come forward fighter would be doing him a disservice. This fella is in your face and that suits Langford just fine.

“This is the thing, I ain’t going to have to go looking for him!” said the beaming Baggies Bomber. “He is going to be right in front of me, which is what I want, I want him to come and engage because I thrive off contact.

“I’m game, but yes the last few fights have been awkward, against runners who have moved away and been quite negative. It is very hard to get into a rhythm fighting them and, you could say fair play to them, but I look at it in that they never came with a winning tactic, but with a survival tactic.

“He is coming to beat me and the only way he knows how to fight is to try and beat you up. That is how he fights, he is coming to try and knock me out, which is great. I ain’t going to have to go finding him!”

Bearing this in mind, Langford assures that he will not seek to emulate his former opponent in backing off in order to keep out of bother. His mantra is just to box clever.

“I will have to be clever and that is the thing, I can’t cower away from him and try and run away. I’ve got to front him up and try and take it to him as well.”

When Langford and Sheedy sat down on the ring apron for a post-fight debrief with BoxNation, the word rematch came quickly to the lips of the ringside reporter. Viewers no doubt would’ve exhaled a collective groan at the thought of it but, rest assured, Langford was on the same wavelength.

“Nobody wanted to see that rematch and I don’t think he would do anything different. They’ve got to do what they’ve got to do to go forward, but I am being called out left, right and centre for that British title.

“It is good for me because my name is being mentioned and, at the end of the day, if you are being called out you are in the right place, aren’t you?”

It is only recent British opponents – Sheedy and, before that, Lewis Taylor for the Commonwealth title – who have actually managed to take rounds off Langford. Before this, victories came at a steady procession as he built up a reputation as a force to be reckoned with in the division.

Langford puts this down to the ambition of his opponents and a putting bit too much weight on his own shoulders.

“Yeah you can definitely say that. The thing is on my side going into the domestic fights is that I’ve always had the expectation and pressure on myself to deliver a certain thing. I’ve gone into my fights against domestic fighters thinking ‘I am going to stop him’.

“It should be ‘I should stop him, I’ve got the ability to do this’ and all the pressure has been on me to deliver and they’ve had no pressure. Rightly or wrongly, all the expectation has been from me on myself to deliver what I want.

“This fight now is going to catch fire, it is going to be an exciting one. It has to be, he is going to get in here and I’ve got to keep him there.

“It is just going to gel and be so exciting. It will be entertaining and a lot of people will be very happy watching it on the night.

“Obviously what comes after is huge and that is the carrot.”

What comes after, if successful, as it stands would be a shot at the full title held by Billy Joe Saunders. If wishes do come true, this is a fight fit for the Hawthorns, home of his beloved West Bromwich Albion.

“It’s gotta be, hasn’t it? We’ve got to look at it depending on what time of year it is.

“They talk about it, saying how far off am I having the dream fight at the Hawthorns. It gets talked about, I think they would want it, but it is just a case of timing. If it fitted into the right time of year, it could be done.

“It is boiling up now and they are really interested. They are talking about coming to the fight themselves to cover the fight on social media for West Brom, so it will be accessible to all the Albion fans.

“I think some of the players are coming and they are really behind me, so I cannot thank them enough for adopting and supporting me.

“Unfortunately, annoyingly enough, we are not chasing a cup and you could say the Europa is out now, so it is a nice little avenue or outlet for the fans to get behind me.

“There will be a good number there supporting me and, as always, the North Devon lunatics will be travelling up.”

West Brom won’t be collecting a trophy this year, but one of their own has his eyes firmly on a big prize this Saturday in Leicester.