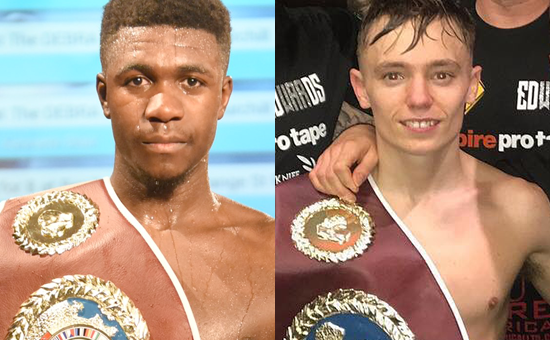 Up-and-coming fighters Lerrone Richards and Sunny Edwards managed to bag big wins to move to 10-0, 3 KO’s and 6-0, 2 KO’s respectively on November 27th at the Frank Warren hosted DEBRA event in London. The charity, which Warren has long been a supporter, helps sufferers and their families of skin condition Epidermolysis Bullosa.

On an England v Scotland themed evening, Richards managed to record a dominant victory over Scot Rhys Pagan, outboxing his opponent with sharpshooting and clean boxing. He picked up the vacant WBO European Super-Middleweight Title in the process and improved his world ranking.

Croydon’s Sunny Edwards faced fellow undefeated fighter Ross Murray for the vacant WBO European Super-Flyweight Title. Edwards managed to score a fourth round knockout – the second stoppage of his career – over the Glaswegian to secure the belt.

The Super-Flyweight was happy with his performance telling boxingnews24, “I feel strong at the weight and I was buzzing with my performance. These are the fights I live for, getting my first title is a massive step.”

If you would like to know more about EB and what DEBRA do, visit their website HERE.