LET’S DO IT AGAIN 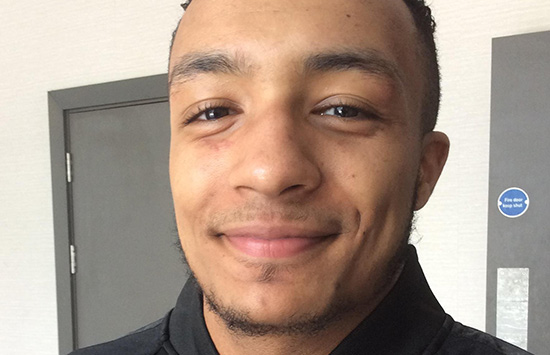 Zelfa Barrett may have lost a fight when he suffered his first career reverse to Ronnie Clark at York Hall in February, but he also won many admirers for the spirit and resolve he displayed to overcome a sixth round knockdown and take the fight to the wire. He wants to do it all again as soon as possible and Clark has signed up for a return, but whether it happens on June 9 in Manchester, we will have to wait and see for now as Zelfa explains in his latest Fighter Diary…

WHEN RONNIE CLARK predicted so firmly during the press conference that he was going to win our fight in February it came as no shock to me because he always turns up to win and has been in a lot of tough fights.

He was very convincing because he knew he had prepared well for the fight and had the time to do so – I think he knew before me. He did what he had to do and took his opportunity.

I just had to put it all down to experience and I learned a lot from that fight. I want the rematch with him because when his name got put to us I took it straight away – even though it was fairly short notice for me and my first 12 rounder.

It didn’t matter to me, I am a fighter. Now he seems to be stalling and I don’t know why, but it has to happen because he is contracted to it. It won’t mess with my head whatever because I am preparing well.

It doesn’t matter who it is that night on June 9, I will be prepared and if it is him, it is him.

After the York Hall it was a case of licking my wounds and getting on with it, it was not the end of the world to me. I was downhearted on the Sunday but the people around me like my mum and Uncle Pat got me through it.

It was a good fight and one that I nearly pulled around. Some people thought it was a draw, some thought he nicked it and some me. It was different opinions, it was not like I got proper battered and I know what I can bring back to the table.

I know people think I got sucked into a fight, but unfortunately I just couldn’t keep up the boxing because I didn’t prepare for a 12 round fight as I was meant to be doing an eight round fight two weeks before.

I’ve got a strong mind and that was what got me through the fight, although it was daunting doing my first 12 rounder. There are still no excuses though because he beat me and I’ll get on with it.

Despite everything, I believed in myself and thought I would beat him. I wasn’t disrespecting him because I know he is a good fighter, I just believed in me, which every fighter should do. I just came up short.

As much as I would have liked to have remained unbeaten for my own little reasons, taking a loss is part of the sport, although I wouldn’t say it is good!

What defines a fighter is how you come back and I know, along with everybody else, what is going to happen next time.

I want that to be on June 9 in Manchester and if it is I will be ready for it, otherwise it might be a defence of my English title. I want it next though and I want to beat him, that’s it – and I will.

I am not a guy to give out excuses and let’s put it in black and white – he beat me, simple as that. But I know – and he knows – there will be no stopping me next time.

Even though I lost the first one, I won in another way because people want to see me fight now. I went to the York Hall with ten people and left with a thousand people and a load more watching on TV.

You can look good and talk good, but if you have not got the goodness inside of you, you are just an imposter. I have shown everybody that I am no imposter, I’m not a blagger who falls apart when it comes to the nitty gritty.

Hell no, I am a fighter and a real one with a heart.