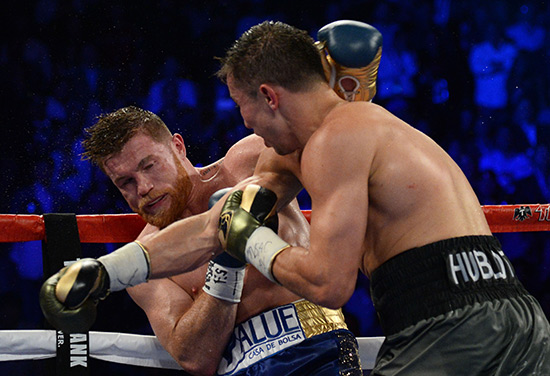 Ignore that old adage which claims cheats never prosper. Oh yes they do, especially in sport.

Just look at athlete Justin Gatlin and a host of cyclists who have drugs pedalled their way annually through the Tour de France.

Gatlin, you may recall is the American who won the Olympic 100 metres title in Athens back in 2004, then subsequently failed two drugs tests for testosterone.

But, with the help of expensive lawyers, he managed to get shortened bans and came back to become world champion last year, thus helping deprive Usain Bolt of a golden farewell in the event in which the Jamaican is a triple Olympic champion.

Now in the next couple of weeks it is boxing’s turn to witness two proven rope-a-dopers profit substantially from engaging in world title combat despite misdemeanours in the pharmaceutical department.

A week on Saturday Alexander Povetkin, the Russian who was Olympic champion in 2008, will engage with multi-belted world heavyweight champion Anthony Joshua, who won Olympic gold in London 2012, at Wembley Stadium.

Yet he has twice stuck his fingers in the jar of banned sweeties and suffered little more than a slapped wrist.

Fight-wise he is a dangerous puncher early on but at 39 probably requires those banned PEDs to enhance his suspect stamina.

Of more immediate interest is this Saturday’s appearance of Saul ‘Canelo’ Alvarez, who twice tested positive after ingesting an illegal muscle-builder and escaped with a modest six months ban.

He now has a much-vaunted reprise with the phenomenal WBC world middleweight champion Gennady Golovkin that will see him collect the thick end of a projected $US80 million gate and pay-per-view bonanza.

Gennady Gennadyevich Golovkin – hence Triple G – and Canelo (that’s Spanish for cinnamon, the colour of his hair) go to war for a second time a year on from their first encounter, and eight months after the Mexican failed his two drug tests.

Golovkin has repeatedly rejected Alvarez’s explanation that contaminated meat caused the positive results, and claims to have known before their first meeting his rival was cheating

‘You can’t deny there was some injection marks,’ Golovkin has said.

Alvarez has angrily rejected Golovkin’s accusations, and has promised to knock the champion out in retaliation.

The Mexican blamed his positive test for clenbuterol – an asthma medication that can also help build muscle and burn fat – on eating contaminated beef often illegally mixed into livestock feed in Mexico to make meat leaner. And boxers stronger, maybe?

Alvarez has lost just once in 52 fights – a points defeat by Floyd Mayweather in September 2013 – while Golovkin has won 38 of his 39 contests.

In 350 amateur bouts and 39 pro fights the rampaging Kazakh, now 36, has never been off his feet. He is reluctant to unravel the mysteries of his background, having left his home town of Karaganda after both his older brothers were killed while serving in the Russian army.

He has new-found popularity, first in Germany and now the United States, where he is proving a big draw. “I think it is because people like to watch me,” Golovkin says. “They know they will see a great show with a lot of knockdowns. They will get action. They know something will happen but they are not sure when. But they know it will be exciting and dramatic.”

The first meeting between the pair proved a fascinating contest, with one ringside adjudicator, Mrs Adelaide Byrd, unbelievably awarding Canelo 10 rounds out of 12, a scorecard which left the majority of observers gobsmacked, me included.

Fortunately that particular Byrd has flown, never again to sit in judgement in a major contest.

Judge Dave Moretti scored the bout 115-113 in favour of the unbeaten Golovkin, while Don Trella scored it 114-114 to create the split decision draw. Yet across the five rounds that Moretti and Trella scored for Golovkin, Byrd awarded each round to Alvarez.

The skewed set of judges’ scores overshadowed the brilliance displayed by both men in boxing’s biggest showdown of the year, and cast a pall over the sport.

In what has been termed Cain and Abel re-visited one senses a groundswell of opinion towards the eight years younger Mexican and there is a strong argument for his all-round athleticism to prevail in another tight, taut finish. But for me the wily Golovkin still has the edge in mental and physical strength – and tactical nous.

He is the fiercest body puncher around, is happy to take one to land two, ands absorbs a good shot without flinching.

Golovkin is a monster of a middleweight who has taken boxing’s breath away along with a string of victims of his venomous punching, which is reminiscent of Iron Mike Tyson’s heavyweight heyday.

There is a definite touch of the early Tyson about the one-man wrecking machine they call “the Beast from the East”, in tactics and technique – though thankfully not temperament.

He likes to set up opponents with a stabbing jab before unloading the bombs carried in both fists, an old-school warrior with a mean streak

In any poll for the current world best pound-for- pounder, I suspect the majority of pundits will go for Vasily Lomachenko or Terence Crawford. But I am sticking with my man Golovkin, the smiling assassin. I love his gumption, aggression and technique. And I want to see him put carnivore Canelo on his backside to prove a point about doping.

Alvarez is the finer boxer at long range but even though at 36 every day that passes makes Golovkin a tad slower. I don’t think the Mexican will get close enough long enough to restrain the bigger hitter if the two.

You can be sure they won’t be playing pat-cake in there. I can’t wait to watch it.

But if there is any justice the G Force will be with us.

Coverage of Canelo-Golovkin on BT Sport Box Office begins at 11.30pm on Saturday