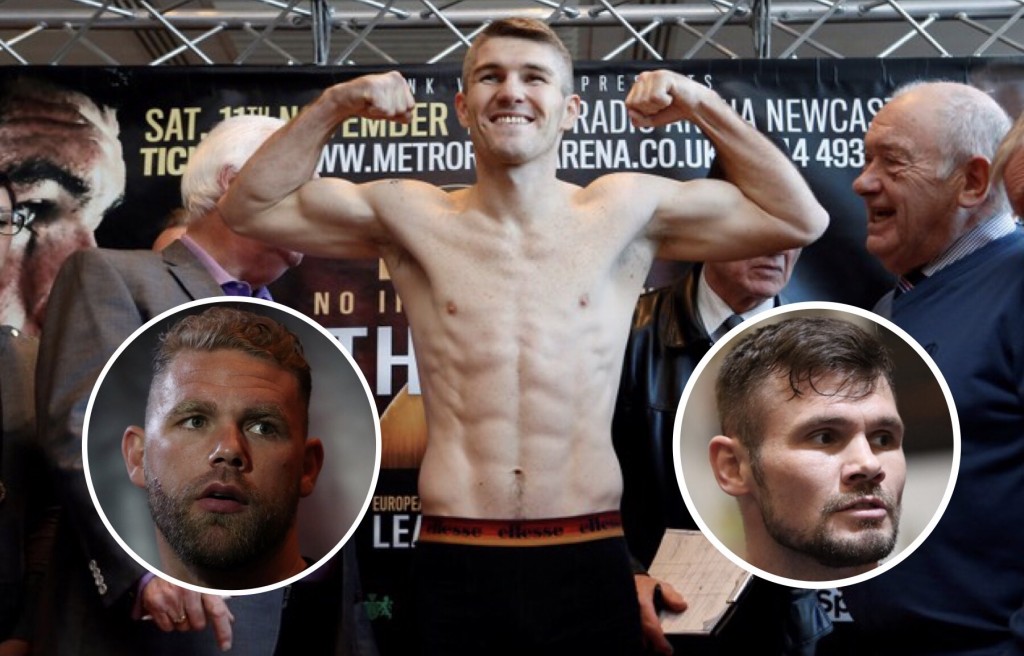 LIAM SMITH IS aiming to make his ring return in December, but the burning question remains over whether he will afford himself some extra poundage and reinvent himself as a middleweight.

The former WBO light middleweight world champion found himself on the wrong end of the judges’ score totals when he sought to reclaim his title against Jaime Munguia in July and the suggestion of shifting up an extra six pounds was mooted in some quarters as a potential way forward for the 30-year-old Scouser.

The man himself dismisses the theory that it would represent a logical progression and insists he remains a light-middle – ok, super welter – but he doesn’t rule out stepping up if the opponent – and purse – tickles his fancy.

You could say he is open minded on the matter.

“I’ve had a bit of a meeting with Frank and I’ll be out in December in my quest to become world champion again,” revealed Beefy.

“I gave it (moving up a weight) some thought a couple of fights ago when it was starting to get a little bit tough for me, but it got tough for me coming off of two bad injuries.

“I had a good camp for the Munguia fight and I done the weight well so, as of now, I am still a 154 pounder until something comes on the table at 160 that appeals to me.”

Liam went on to admit that, had he overcome Munguia as he anticipated doing, breaking up with the light middleweight division would have been easier to do.

“To be brutally honest with you – and I told everyone close to me – that when I beat Munguia and didn’t get a Kell Brook or Amir Khan fight, or a unification fight, then I was going to move up as champion and get a shot straight away at somebody else.

“That is what I envisaged beforehand and obviously it didn’t go to plan, but that was what I thought so it was in my mind. But I did the weight well for Munguia and looked in good shape.

Having already held the distinction of being a world champion, Liam agrees that it is not like he has unfinished business in the weight class, but it is more about his urge to make good on his pledge to win back his lost property.

“No definitely not and the only situation is that I lost and I was heartbroken and said I would get it back. I just had the chance to and I know I failed at it but I am still massively confident I can get it, but I am not ruling anything out at 160.

“It is watch this space.

“He has got a few middleweights and if Frank was to come to me and say I would offer you this much money for say Billy Joe Saunders I am not going to knock that back because I am big enough for middleweight and a lot of people are telling me they want to see me at 160.

“A few people close to me think 154 is taking a little bit out of myself. So I have thought about it and, again, if Frank came to me with a decent offer for someone like Martin Murray I would bite his hand off for that.