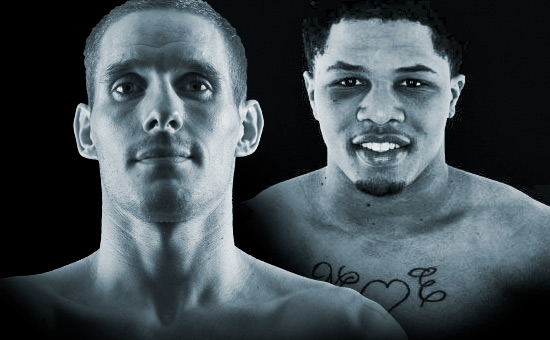 In amongst all the exciting plans we are mapping out for the coming months lies a real genuine gem of a fight, one that I personally am particularly looking forward to.

A world title fight for the excellent Liam Walsh has been a long time in the making, due to various injuries and misfortune, but now it is definitely happening.

It is just a case of where and when.

Liam is the mandatory challenger for the IBF super featherweight title that is now in the possession of the brash Baltimore boy, Gervonta Davis.

The state of play as it currently stands is that we have until Thursday to try and reach agreement on the fight and then after that it will go to purse bids if a deal is not brokered.

So it is something we are trying to get sorted right now.

I am told Davis fired off a tweet last week indicating that Liam would have to head Stateside if he wanted a tilt at his title, but it is not up to him and, like the rest of us, he will have to wait and see.

I would like to get the fight over here and we will do our best to make that happen. If Liam does have to travel, I don’t think it will faze him one bit and I would strongly fancy him to beat Davis over there as well.

Liam is such an underrated boxer and he probably prefers it that way. The only time he wants to be in the spotlight is when he steps under the ring canopy and starts dispatching his carefully chosen snappy shots to the face of his opponent.

The way he clinically picked apart Andrey Klimov in his final eliminator back in October was simply outstanding and young boxers could do themselves a favour by watching a recording of it.

Back then the thinking was that Liam would be challenging Jose Pedraza for the title, but the IBF granted the Puerto Rican a voluntary defence ahead of his mandatory obligation.

It all went badly wrong for him and he ended up being mowed down by ‘Tank’ Davis in January.

Davis did look the part in New York, but as I said at the time, I believe Liam would’ve done a similar job on Pedraza who had been struggling at super featherweight for some time.

Don’t get me wrong, this will not be an easy night’s work for Liam as this kid is supposed to be the new star of boxing.

Liam though is one of these guys who will really rise to the occasion and the fiercer the foe in front of him, the better he will perform.

He is just a hard fighter to beat and nobody has managed it yet in 21 pro fights.

Liam used to have the word ‘Destiny’ emblazoned across his fight shorts. His own date with destiny is looming ever closer.