Hard-hitting welterweight talent Stephen Lewis is looking to continue his impressive winning streak when he takes on Marek Laskowski at Liverpool’s Echo Arena on Saturday 13th February in an action-packed show. 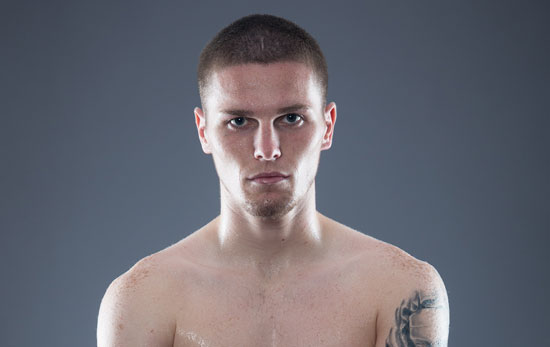 The 23 year-old from Liverpool took his record to ten unbeaten with five knockouts when he halted experienced journeyman Karoly Lakatos in two rounds back in July last year and is looking to kick-off 2016 in a similar fashion.

Despite his three previous fights ending in devastating early round knockouts, Lewis is not getting carried away and is focused on gaining valuable ring experience.

He said: “It would be nice to carry on the knockout streak but I’m not going to go looking for it, if it comes it comes. I’m more interested in learning and improving, I’m ticking over nicely and I want to keep that progress going,”

“2016 is going to be a massive year for me and I’m confident that in the future I’ll be challenging for domestic titles. I’m feeling fitter and stronger as each day goes by. I’ve been putting in the miles and spending a lot of time in the gym so I’m confident that I’ll reap the rewards.”

All-action Lewis has experience boxing at Liverpool’s Echo Arena, having won his two previous fights at the venue by knockout, and is buzzing at the prospect of fighting in front of a lively crowd.

“Having the home crowd get right behind you is a massive boost and I’m sure there’ll be plenty there on the night supporting me. There’s a few local lads fighting on the night so it’s bound to be a cracking atmosphere.”

Lewis will be watching intently as fellow Liverpudlian Derry Matthews take on Terry Flanagan in the massive all-British WBO World Lightweight title clash. Like many so many others he believes the fight is almost too close to call!

“Obviously as a scouser I’m backing Matthews. It’s a massive fight, definitely an early contender for fight of the year. There’s a massive buzz around the city and a lot of pride at stake what with the rivalry,”

“I have a feeling it’s going to be a close fight. Make no mistake about it Flanagan is a tough fighter, but if Derry catches him with a decent shot I think he’ll go down.”