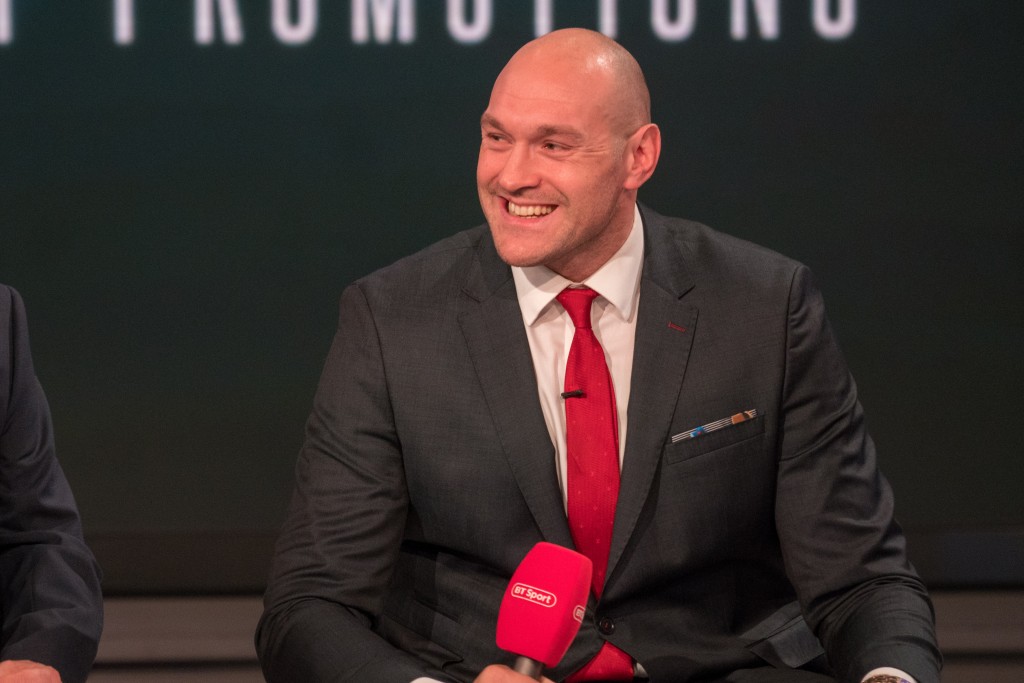 – Deal further cements ESPN as the place to see Queensberry Promotions events in the US.

Fury said: “ESPN are the biggest sporting network in the world, combined with BT Sport, so I’ll have dual viewers from America and the UK.

It gives me the opportunity to fight on the biggest broadcasting network in the world, be shown to the most people and be in a position to make the biggest and best fights possible and not be an opponent – they have to come to the Tyson Fury show now.”

At the London press conference, Hall of Fame Promoter Frank Warren, who alongside BT Sport, ESPN, Bob Arum, Top Rank and MTK Global, put the deal together, said: “Tyson Fury and Queensberry have signed a long term deal with ESPN and Top Rank. They will be Tyson’s exclusive broadcaster in the States.

This is going to be something special for Tyson, it gives him the chance to be the one that everyone wants to fight, and he will not have to do like he did and go to Germany to fight Klitschko; or fight Wilder on Showtime on their terms, we now have the biggest platform for him to be on.’

Top Rank chief Bob Arum earlier said of the deal: “Top Rank is very excited to enter into the promotional arrangement along with Queensberry Promotions for the lineal heavyweight champion, Tyson Fury.

“He is a generational heavyweight talent at the peak of his powers. We also look forward to our increasing relationship with MTK Global, which represents so many world-class fighters,”

Sandra Vaughan, CEO of Fury’s management team MTK Global said: “MTK Global are thrilled to have played a role in what can only be described as a monumental partnership, no doubt the biggest one in the boxing industry.”

The deal will see Tyson Fury feature regularly in the US, live on BT Sport in the UK and ESPN in the US.