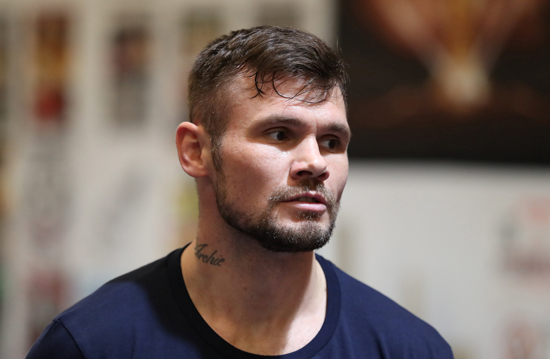 LONDON’S 02 ARENA will on Saturday play host to a number of the capital’s leading lights of the sport ahead of a main event that is hopefully bringing one of my old sparring partners back into town.

It was naturally disappointing for all concerned when news broke of Billy Joe Saunders withdrawing from his world title defence against Martin Murray through injury but, out of bad news comes good, and we managed to put together a cracking clash between Martin and the WBC Silver middleweight title holder Roberto Garcia.

Like Martin, Garcia is a well seasoned campaigner, 41-3 with 24 KOs, and the Texan hasn’t tasted defeat in five years and 13 fights. He was vocal in calling out the fight with Martin over social media and he has got his wish.

That he is not backward in coming forward shouldn’t really come as a surprise when you consider who he is promoted by – the one and only Don King.

Don will hopefully be here with his man at the various media events this week, so doubtless you will all be hearing the thoughts of the still sprightly 86-year-old fight maker.

Myself and Don go back a long way and have put on a good number of memorable shows together over the years, such as Benn-McClellan and Bruno-McCall to name a couple.

He is a legendary figure in the fight game and it is good to see him still going strong to this day.

Of course it isn’t the fight we set out to deliver at the 02, but I believe we could well have an absolute war on our hands between Martin and Garcia, who are both chasing a final shot at a world title and believe they have what it takes to enjoy a glorious swansong to their respective careers.

The supporting cast on Saturday includes Anthony Yarde topping up his professional experience with a defence of his WBO titles against the Pole Dariusz Sek.

It will be another box ticked for Anthony in that Sek will be the first southpaw he has encountered and this is an important learning curve to go through before we let him off the leash when the time is right.

I am aware that Anthony is the subject of some unwarranted criticism but like I keep emphasising, he has still got a little way to go bearing in mind his limited experience across both codes.

He still needs fights and that is the business we are in, to give him the fights he needs to equip him for the sterner challenges ahead. Anthony’s career will not be dictated by outside forces and we will continue to make what we believe to be the right moves at the right time.

Daniel Dubois is taking a significant step up in class when he comes up against Tom Little for the vacant English title. Tom fancies his chances and one thing you know about him is that he is coming to fight. 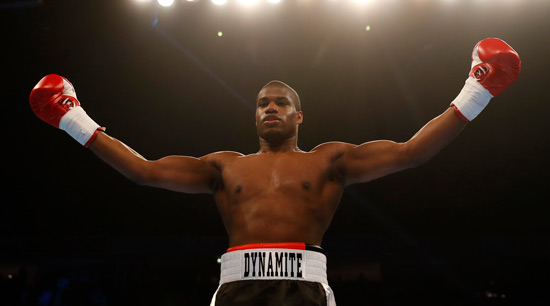 He is an experienced operator with far more miles on the clock than my man, who is really still a kid in boxing terms. Tom has clocked up 61 rounds across his 15 fights as a pro against Daniel’s 12 in his seven so far, giving Tom the advantage as far as ring knowhow is concerned.

We believe this is the right time to step Daniel up and he is in a good fight against a decent opponent. If he comes through this with flying colours it will open up all sorts of possibilities on the domestic front, with it being something of a sexy division at the moment.

There is no doubt that this will be the fight where we will really see what Daniel has got.