LOOK OUT SUPER FEATHERS, I AM OFF THE LEASH NOW 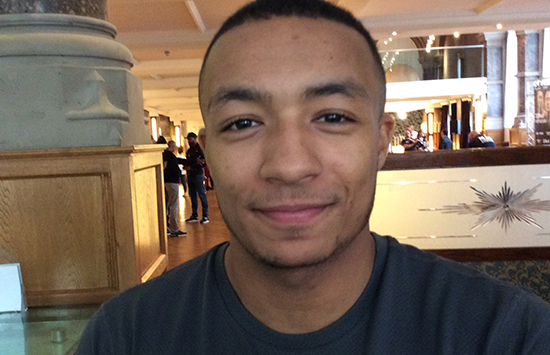 On October 21 in Leeds, Zelfa Barrett bids to begin his professional belt collection in his 19th contest when he takes on Chris Conwell for the vacant English super featherweight title. The 24-year-old has had to bide his time, as he explains in his exclusive Fighter Diary column …

I AM NOW officially off the leash, fighting for the English title and, when I win that, there will be no stopping me.

I have followed the plan set out by my uncle Pat, I am now 18-0, and I think he might just cut the ribbon on the way to ring because I am ready now!

I believe I have been ready for a long time but I didn’t have a big amateur background so it has been a case of getting as much experience in this pro game as I could.

I have now got the experience, I know the ring inside out and I am ready to go now.

I have had to be patient and that has brought frustrations because I’ve seen a lot of fighters out there that I am better than who had titles already.

But you can’t rush things if you want to be in this boxing game for a long time. You can’t rush this period because a lot of fighters run before they can walk and then when they get to a certain stage they come unstuck because they are not ready for the level.

We’re in this for the long haul, not for a quick blow out, we’re here to stay.

Whatever my uncle says I take notice of because he knows this game and he was in it before I was even born.

My job is to listen to my uncle and crack on.

Of course there were times when I wanted to take fights that were a step up for me. I was pleading with him in the living room saying ‘let me fight this guy’, but while he said he would think about it, I knew the answer would be no.

I understand where he was coming from because you want the best for your family and he wanted to cover all angles with me so when it comes down to the real deal, we know what to do and are capable of doing it.

When I got that Eusebio Osejo (in May), the tough dude, if I hadn’t fought the fighters I’d fought it might have gone the wrong way.

Osejo is a tough, durable guy and a lot of fighters couldn’t have done what I did to him – and he has fought former world champions.

It was my first acid test and once I came through that and won, I was like ‘I’m ready’, ready for anything. That fight was hard and it might be harder than fights I am going to have.

He had a very good camp and even turned down another fight because he had prepared for me. He was a southpaw, strong and it put me in good stead to fight anyone.

Now I am here, I believe I am going to win this fight thanks to God.

I am not underestimating Chris, but there are levels and I believe I am levels above him.

Fair play to him, he is looking after his family and himself, but I know what I am going to do and believe in it.

Chris will bring a lot of heart. He knows he can’t box me so he will try and put it on me, like they all do.

I am not underestimating him, just being truthful, but damn right I respect Chris.

I know what he will bring to the table and it will be no different to me because I prepare for every fight like it is for a world title.

I live in the gym and don’t believe in switching off or ticking over, we just train and that is why I am at the level I am now.