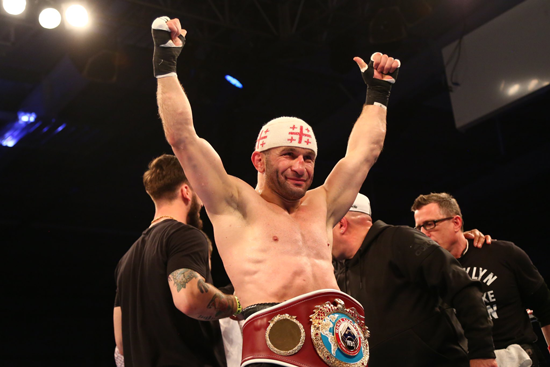 Billy Joe Saunders has been warned that his dreams of facing the winner of Canelo Alvarez v Gennady Golovkin will be ruined by the desire of Avtandil Khurtsidze.

Khurtsidze sealed his status as mandatory contender for the Hatfield traveller’s World crown with a fifth round win over Tommy Langford in Leicester on April 30.

It was his sixth consecutive KO win since moving to Brooklyn and signing with Lou DiBella, one of the World’s leading promoters.

Saunders narrowly beat another DiBella boxer Artur Akavov in December and the New York promoter believes the Briton faces an even tougher night against Khurtsidze who has won 33 of his 37 fights.

DiBella said: “Billy Joe is a very skilled fighter, but you never know which Billy Joe is going to show up.

“The fight with Akavov was a close, competitive fight. No one predicted that and Billy Joe hasn’t looked the best of himself in a long time.

“The one thing about Khurtsidze is that he’s hungrier than Billy Joe, he’s relentless with his attacks and capable of doing damage at any stage of the fight.

“Khurtsidze could be down by four or five rounds and still mount offensive attacks that could win him the fight.

“He is dangerous from the first bell until the end of the 12th round.”

With the IBF, WBA and WBC belts on the line when Canelo and GGG meet in September, the winner of Saunders v Khurtsidze will be in line for a huge payday and the chance to become undisputed
World Middleweight Champion against the victor.

Saunders had hoped to face Golovkin instead of ‘interim’ WBO champ Khurtsidze, but the fight fell through when the Kazakh signed to face Canelo.

DiBella added: “I don’t think missing out on the Golovkin fight will affect Billy Joe. He knows the importance of this fight.

“If he does beat Khurtsidze there is a big, big money fight there for him. 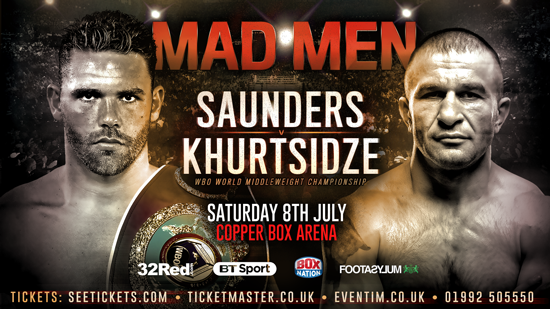 “I give Billy Joe enough credit that he understands the importance of this fight and will be prepared and ready.”

Saunders clashed with Khurtsidze and his trainer Andre Rozier at recent press conferences, but DiBella believes the boxers could become close once their ring rivalry ends

“When I saw Frank Warren had called the fight ‘Mad Men’, I thought that was perfect because these are two crazy SOBs,” laughed DiBella

“It is hard to say who is the craziest. The irony of all the fire and craziness of their first press conference is that away from it all they would get along.”