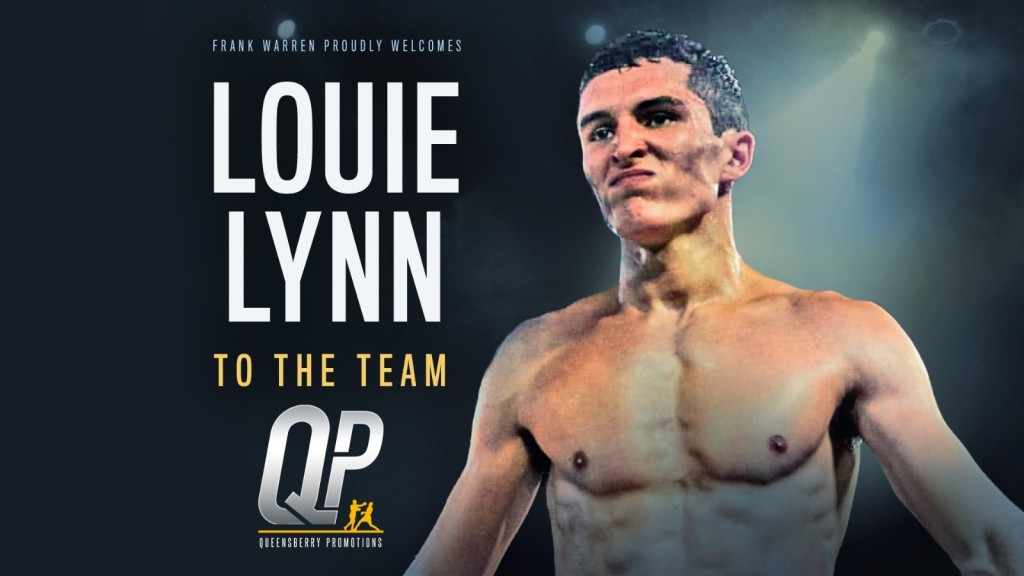 FORMER OUTSTANDING AMATEUR and now 4-0 professional Louie Lynn has signed promotional terms with Frank Warren and will make his first appearance under the Queensberry Promotions banner at The O2, London on July 13.

Lynn, who made his pro debut at the Greenwich venue, will return to the scene of his introduction by taking his place on the hotly-anticipated ‘Heavy Duty’ card featuring the British heavyweight title showdown between Daniel Dubois and Nathan Gorman.

The Kevin Mitchell-trained featherweight enjoyed a successful amateur tenure, the England international winning the U20 Novices, then the 2017 ABA Elite Championship and the GB Championship before electing to enter the paid ranks.

The 23-year-old made his debut in March 2018 and scored a second round stoppage, before subsequently stopping his next three opponents.

“I am absolutely over the moon to sign with Frank,” reacted the Banstead-based prospect. “I am so happy and excited now because I have been a long time out of the ring.

“Frank is the best around and has the likes of Tyson Fury and Billy Joe Saunders on his shows, so I am just very grateful to be part of it now and I am looking forward to climbing up the ranks with him in my corner.

“He has taken so many to the top and I love the way he builds people up on really exciting shows. I am just happy and I believe I will be another one of his world champions down the line. That is what I am working towards.

“I love the professional game, I live and breathe boxing and it is my life. I love the occasion of it and the bigger it is, the better. I am now back on track and want to get the ball rolling.

“I am buzzing to be back at the O2 and it is an amazing card to be on. When I made my debut I was on at 5pm and the doors only opened then. A lot of my supporters couldn’t get in and I didn’t get my walk out song, so I was upset about that.

“It will be amazing to go back and do it all again.”

Promoter Frank Warren added: “We are always an open door when it comes to adding quality young fighters to our pool of talent and Louie fits the bill perfectly.
He operates in a division where we have a world champion on our books in Josh Warrington so Louie has the perfect role model to aspire to emulate.

“Louie is in the very early stages of his professional journey, so we will move him along at the right pace and I am looking forward to watching his career unfold, starting on our huge ‘Heavy Duty’ show on July 13.”