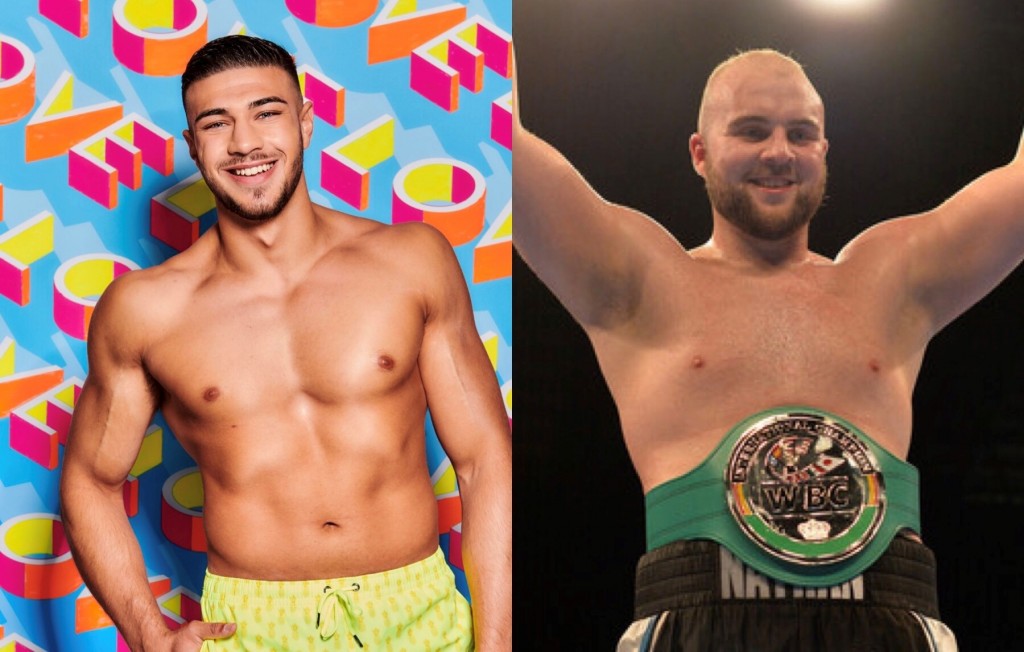 COUSINS Tommy Fury and Nathan Gorman are teaming up, hoping they can deliver a double whammy to the bookies.

Love Island hunk Fury is hot favourite to win the reality TV show leaving his fellow rivals out for the count.

Nantwich’s Gorman (16-0, 11KOs) chases his own KO on Saturday (July 13) when he challenges Daniel Dubois (11-0, 10KOs) for the vacant British heavyweight title at London’s o2 Arena, live on BT Sport.

Bookies 32 Red who are one of the big fight sponsors are offering a special 2/1 double that Fury triumphs and Gorman wins his test against big punching Dubois,

Unbeaten light-heavyweight Fury and Gorman train together at Ricky Hatton’s gym on the outskirts of Manchester and are close to each other despite their family link.

They are related through Fury’s father, Gypsy John and Gorman’s mother.

Although Love Island contestants have no idea what is happening on the outside, Fury did manage to learn of Anthony Joshua’s shock defeat to Andy Ruiz last month when a new housemate arrived.

He won’t know the result of Saturday’s big fight until he leaves the house, but if Gorman pulls off a sensational win there will be some big celebrations when they meet on the outside.

Fury is backing his pal to land his part of the bet and warned 32 Red that they are about be cleaned out, blasting: “I am not just saying it, but I believe it will be an easy fight for Nathan.”

Gorman hasn’t missed an episode of Love Island and says: “Tommy is the star of the show. Can he win it? I’m sure he will.”