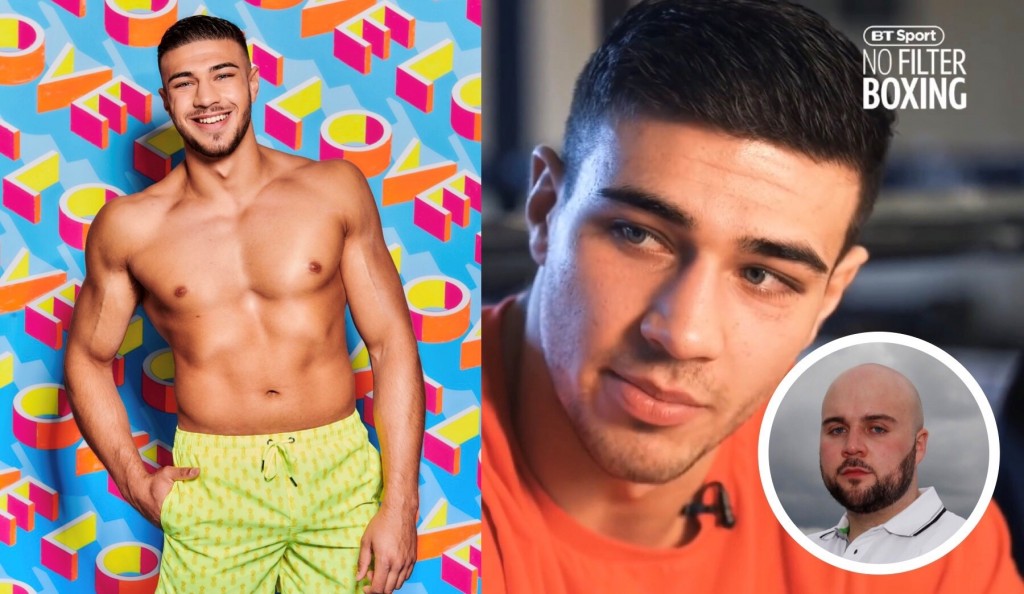 LOVE ISLAND hunk Tommy Fury reckons it will be a g-lovely night for Nathan Gorman when he faces Daniel Dubois in their heavyweight blockbuster next week.

Fury has found a winner in the villa by coupling up with Molly-Mae, but insists Nantwich’s Gorman will be a knockout in the ring and upset Dubois.

Tommy who is 2-0 as a light heavyweight said: “There is nothing Daniel Dubois does to throw Nathan off.

“I am not just saying it, but I believe it will be an easy fight for Nathan.

“If we’re being serious about it, what does Daniel do? He comes forward one-two and throws a couple of hooks.

“Nathan will become a world champion. Have you ever seen a heavyweight with speed like that before?

“Look what he did to Sean Turner. Sean is a good fighter, but Nathan made it look like it was Sean’s first fight.

“It’s all about levels, especially in the heavyweight division. You can’t just rely on power which a lot of heavyweights do.

“Nathan has got the speed, agility and he can move. For my money Nathan is going all the way 100 per-cent.”

Unless Tommy’s time in Love Island comes to an unexpected end he will not be ringside to cheer on Gorman, a distant relative on his father’s side of the family.

Although he expects Gorman to win the showdown that has split fight fans, he knows that Dubois is capable of landing knockout shots.

He added: “Daniel doesn’t really move his head. He is a basic heavyweight, but he is a big puncher and you have to be cautious.

“You can’t go in there thinking it’s gonna be easy because he can put your lights out in seconds. He is a big man and if you get hit on the chin by anybody over 15 stone you’re going down.

“So what can a big man like that do? You have to be cautious, but I see Nathan winning easily and convincingly.”