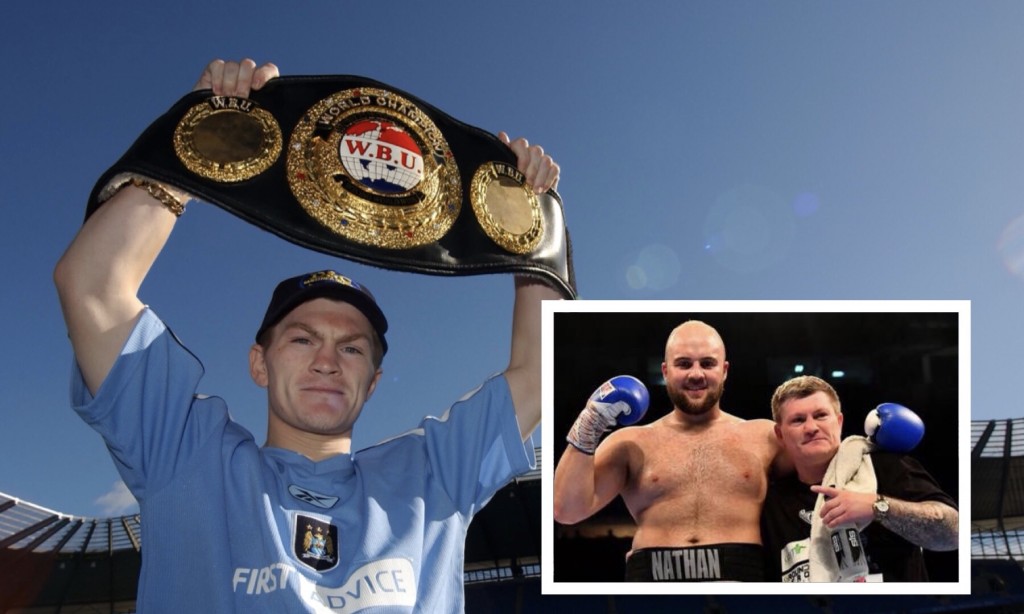 BRITISH BOXING ICON Ricky Hatton saw his beloved Manchester City complete a domestic treble this past Saturday as they cruised to a 6-0 win against Watford at Wembley Stadium. The win added to the Premier League and League Cup trophies that City had scooped in 2019.

City were on course to win 4 trophies until they bowed out of the Champions League at the semi-final stage.

Hatton, who fought Juan Lazcano at Manchester City’s ‘City of Manchester’ stadium in 2008 admits he was hoping to see his team win four trophies this year.

Now the trainer of British Heavyweight Title challenger Nathan Gorman, the ‘Hitman’ is looking for a Gorman win over Daniel Dubois on July 13 at The O2, London to make up for it.

“As a City fan I was hoping we could do the Quadruple this year. We’ve won the League, the League Cup, and now the FA Cup” said Hatton.

“There was obviously no Champions League but in my head when Nathan wins the British Title it will make up for it and I’ll get my Quadruple.”

The coveted Lonsdale belt will be on the line on July 13 when Daniel Dubois (11-0 10KOs) and Nathan Gorman (16-0 11KOs) collide in a battle of unbeaten British heavyweight prospects. Both men are promising that the fight will not go the distance and fans are in for an explosive treat live on BT Sport.