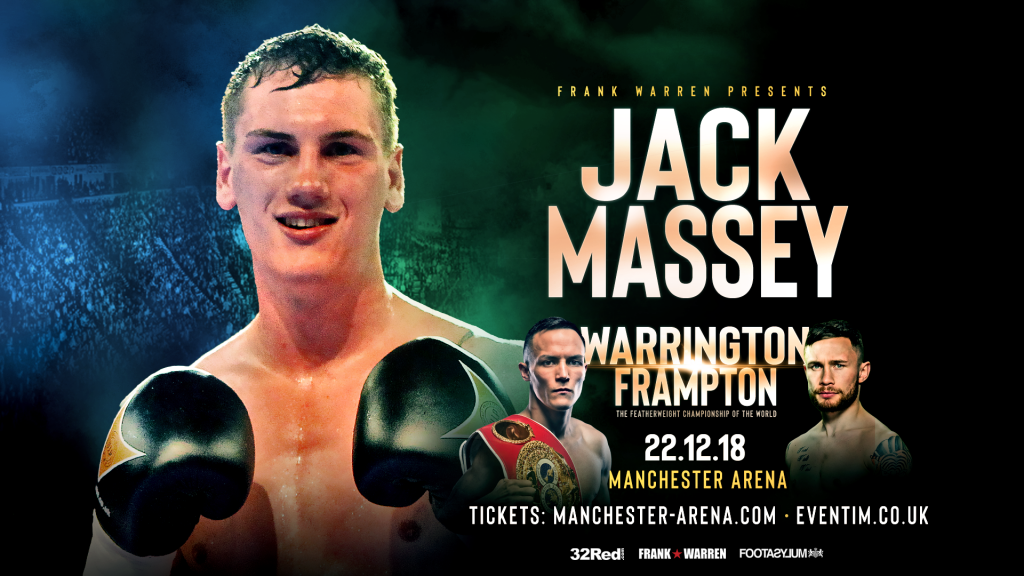 JACK MASSEY BELIEVES that a couple of recent high profile fights in his weight division have potentially given the cruiserweights a bad name.

The 14-0 Massey, who goes by the name of ‘One Smack’, is keen to propel himself into the thick of things and returns to action on the mammoth Manchester Arena card on December 22 as one of the support acts to Josh Warrington defending his IBF world featherweight title against two-weight world champion Carl Frampton.

Fights that have been given the big build up, such as Lawrence Okolie-Isaac Chamberlain and Matty Askin-Okolie, have failed to live up to their billing and Massey fears the boxing public could be turned off from the 200 pounders.

“Yeah, a little bit, I definitely think so myself,” considered the 25-year-old. “You don’t want people to watch fights like that and think it is what boxing is about. Matty Askin is a talent, so is Chamberlain, but Okolie is just awkward and holds a lot.

“He made them look mediocre as well as himself,” added Jack, who says the hype around these fights was not justified in the ring.

“No, not really, but there is a lot of talent in the cruiserweight division at the moment with a lot of good up and coming young fighters.

Massey views himself as the man to restore the sparkle to the division and would willingly put himself forward to challenge Okolie. However, he suspects he is not viewed as an ideal candidate for a voluntary defence of a title and he will have to force the issue by earning mandatory status.

“I definitely think it is time to step up and obviously fight for some titles – we need a big title fight now. I feel like I am ready for that.

“My last fight – against Ian Tims – was a bit of a step up and, from what I am hearing from my management, a lot of people don’t want to fight me now and are ducking and diving a little bit.

“It seems like it will be harder to get a title shot unless I get into a mandatory position. So I just need to crack on and get some good fights, starting on December 22. I need to get cracking up the rankings then see what we can get.

“It is a great show to be on with some top fights on it and I think my tickets are going to fly out for it.

“We’d like the Okolie fight and he’s now got the target on his back, hasn’t he? Obviously styles make fights and it would be an awkward fight, but we have had a look at him and seen a few things.

“He has won the British and Commonwealth so he is the one you are going to target and we would like that fight. If not, we will go back to the drawing board and see what is best for us in getting up the rankings.

“It doesn’t sound like Okolie will take the fight so I can’t see it happening any time soon.”