McKENZIE READY TO COOK UP STORM IN ARGENTINA

Underdog Ovill McKenzie aims to serve up an upset tonight in Argentina when he takes on IBF World Cruiserweight Champion Victor Emilio Ramirez for his title, live and exclusive on BoxNation.

McKenzie was only given eleven days notice for the fight after he replaced original opponent Yoan Pablo Hernandez, who was the IBF Champion, but was stripped of the title due to injury and Ramirez declared the new Champion. That is a luxury for some of the fights he has taken, but he is intent on derailing the Pampas hardman Ramirez. 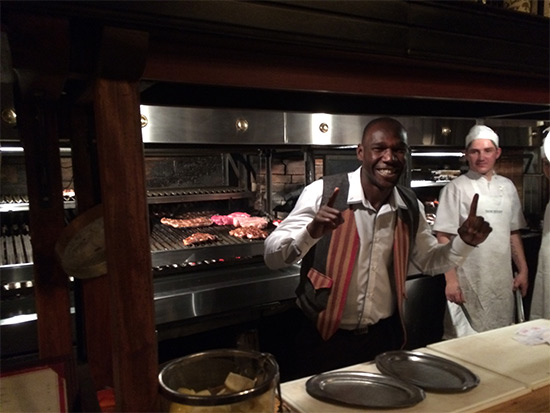 The “Upsetter” has settled into his surroundings since arriving in Buenos Aires on Monday and, as always, is in perfect physical condition, weighing in yesterday under the 200lb limit and ready for action at the Villa La Ñata Sporting Club.

McKenzie, 36, even to stopped off at a local steakhouse to cook-up some famous Argentinean steak after the weigh-in and has promised to cut into Ramirez.

The last fighter from Britain to fight in Argentina for a world title was Martin Murray when he took on Sergio Martinez for the WBC World Middleweight in April 2013 and lost on points and McKenzie knows he can’t let it go to the scorecards.

“I’m just counting down the hours and ready to get in the ring tonight and cause a massive upset,” Said the Derby based Jamaican.

“I’m not worried by the crowd here, I’ve been to more hostile places than this, at the end of the day it’s just me and Ramirez in the ring. He’s a good fighter, but he’s never faced a fighter like me who’s so hungry and determined to win the title at all costs.”

“I know I’ve got to go out there and take the fight to him, I can’t let it go the judges and score cards so I’ve got to show them that I’m the boss in there.”

Watch Ramirez v McKenzie exclusively live with coverage starting at 2am on BoxNation (Sky 437/HD 490, Virgin 546 and Talk Talk 415. Subscribe at www.boxnation.com or watch online at Livesport.tv or via iPhone, iPad or Android.