East End hot prospect Sammy McNess is dreaming of fighting in front of thousands of Hammers at the club’s impressive new Stratford home.

The multi-titled former Repton and GB amateur star is gunning for his fourth professional victory when he takes on Yorkshire’s Danny Little at York Hall on Friday 25th March, exclusively live on BoxNation. 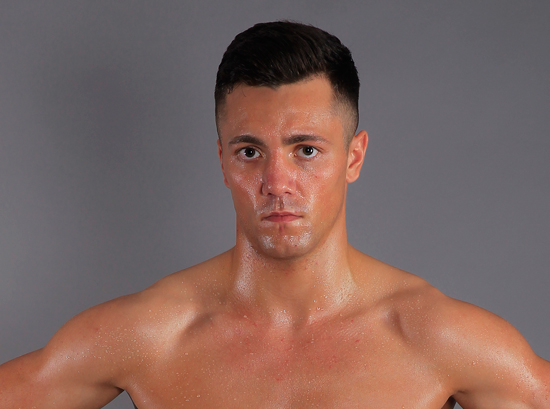 McNess, a life-long West Ham fan, already has a strong London following and hopes to emulate the recently retired West Ham fanatic Kevin Mitchell by boxing at the home of his beloved Hammers one day.

The 24 year-old was part of the 14,000 fans that cheered on Mitchell back in 2010 when he fought for the WBO Interim Lightweight world title at the Boleyn Ground. Mitchell’s bubble burst when he was knocked out in the third round by Australian Michael Katsidis but McNess was inspired by the unwavering support the Dagenham man received.

“Fighting at the Olympic Stadium would be absolutely massive for me. I’ve already bagged myself a season ticket for our first season there and I can’t wait. I’m West Ham through and through so getting the opportunity to fight at our new home would be a dream come true,” said McNess.

He added: “Kevin always gave it everything he had and he was a true warrior. I was there back in 2010 and it was amazing to see the support he received. He’s had a great career and fought for a few world titles and I wish him well in his retirement.”

The East End entertainer who has boxing in his blood will be looking to extend the proud tradition of cockney crowd pleasers and says there’s no better fans to fight in front of.

He said: “They’re the best supporters in the world and they always back their own. They took over 7,000 fans to Blackburn in the FA Cup the other day and they didn’t stop singing the whole game! I’d love to get a big West Ham following,”

“I was at the Boleyn a few weeks ago to see us beat Aston Villa and was lucky enough to meet Man of the Match Mark Noble after the game thanks to my sponsor Charlie Magri. Mark said he’d love to watch me train and come along to one of my fights in the future; he’s a big boxing fan and had ringside seats to see Billy Joe Saunders beat Chris Eubank Jr back in 2014.”

There is a long and proud history of boxing in the East End of London stretching back to the days of the legendary Ted Kid Lewis and McNess harbours dreams of becoming the next cockney superstar. Tipped as one of the most exciting prospects to come out of London, McNess made an explosive debut at York Hall back in July when he stopped Aaron Robinson inside the first round.

The Whitechapel born hotshot followed his impressive debut with a points win over Kevin McCauley at Harrow Leisure Centre before returning to York Hall last month to claim his third professional victory with a commanding performance against Duane Green. The famous old hall holds many happy memories for McNess who used to watch his dad box there as a boy.

He said: “I love fighting at York Hall. I had my first amateur fight there for Repton when I was 11 years-old and then I had my first professional fight there last July so it’s a special venue to me. Altogether I must have fought there over 20 times!”

He added: “The atmosphere is always electric. I used to live in Bethnal Green while my dad was a professional and he fought there four times so it’s like a home venue to me; I know the place like the back of my hand.”

Trained by Mark Tibbs with the backup of his legendary father Jimmy at the West Ham Boys Amateur Boxing Club in Plaistow, McNess is gearing up for a busy 2016 and wants to keep his winning streak going with another solid performance.

He said: “Training couldn’t be going any better. I’ve still got four weeks left and I’m starting sparring this week. I’m only fighting a four rounder so I could fight next week or even tonight if I had to; I’m feeling fit and ready to go. Right now it’s just about not overdoing it and making sure that I peak at the right time.”