MEGA FIGHTS ON THE CARDS FOR BEEFY AND BILL? 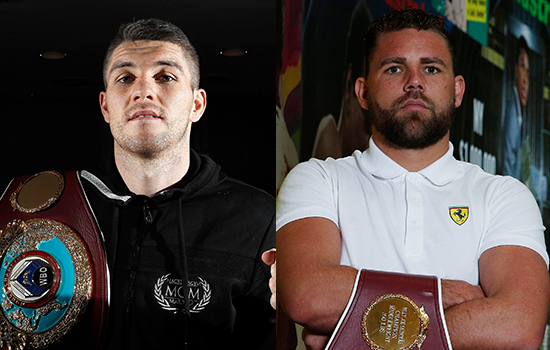 Things move on very quickly on in boxing, with little time devoted to basking in glory or wallowing in defeat. Not too long after Gennady Golovkin extinguished the middleweight flame of Kell Brook, the names of two of our world champions were being mentioned in post-fight dispatches.

The defeated Brook appeared to accept that super welterweight is a more natural territory for him to stalk and stated in the ring that he wants to meet the winner of this weekend’s world title defence by Liam Smith against the Mexican superstar Saul Canelo Alvarez.

For his part, Golovkin reiterated what he has said all along. He wants all the middleweight belts and the one he hasn’t got belongs to our own Billy Joe Saunders.

They are both good fights that would be well received by the punters and if Beefy returns from Texas still in possession of his WBO strap I am sure Brook is a fight we can look at down the line, once the Sheffield man has recovered from his injuries.

Many might recall that Smith-Brook was a fight we were trying to make some time ago when Kell was frustrated over big fights not being delivered for him. I think that is part of the reason why they opted to go with Golovkin.

With all the prevaricating by the Eubanks, it seems like they opted to kill two birds with one stone and go with the fight.

Brook gave it a good bash and did his reputation no harm at all. The fight went the way most people anticipated as there was nothing in the form guide to suggest he would be able to topple such a formidable foe.

You look at fights that have gone before and Shawn Porter is probably the standout name on Brook’s record. Would Porter trouble Golovkin?

The answer is almost certainly no because Golovkin possesses almost everything as a fighter. He has got that style where he can box when he needs to or he can stand and trade, which is exactly what he did against Brook in my opinion.

It was almost like in the first few rounds he was saying ‘let’s have a tear-up’ and Brook was happy to oblige. He took some big shots and got caught with a tremendous uppercut.

When Golovkin then carried on like nothing had happened, Brook must’ve wondered what to do next. After that the fearsome Kazakh pretty much dismantled him and I made Dominic Ingle 100 per cent right in the course of action he took.

After the fourth round it appeared to me – although I don’t know if he did – that he was saying he would give him one more round before pulling him out. With the damage to his eye, Kell said afterwards that it was like having four Golovkins in front of him, when one is hazardous enough.

I am not short on admiration for Golovkin, but if Bill comes through his return to the ring on October 29, it is a fight we would love to do. 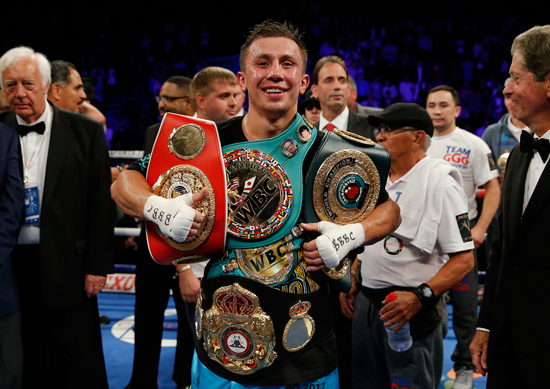 There have been talks about meeting the winner of Smith-Canelo and they are all good fights, but Golovkin is the biggest fight out there at middleweight and it is the one Bill insists he wants.

It is a logical progression for a fighting man who has done everything asked of him, having notched up British, Commonwealth, European and now world title successes.

It may be stating the obvious, but Bill is a natural middleweight and is not taking a leap into the unknown. He is proven world class and I’ve always felt that if anyone is going to pose a puzzle that Golovkin will struggle to solve, it will be Bill.

He perhaps does not get the credit he deserves for his boxing skills, he is elusive and knows how to keep himself out of trouble while still landing punches of his own.

He doesn’t lack in power – as Andy Lee will testify – and he has got a good chin. More importantly, he wants to fight the best and there is a will on both sides to bring the best two middleweights in the world together.