MONEY TALKS, BUT I’M BACKING LIAM TO CASH IN 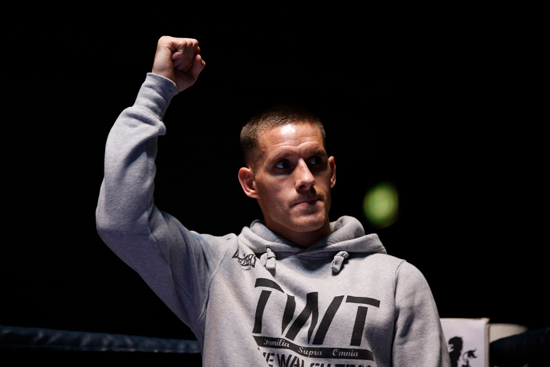 Even though my heart and a hefty percentage of my head is telling me Liam Walsh will become our latest world champion on Saturday night, what I do know for sure is that he is going to have his work cut out to unseat Gervonta Davis as the IBF world super featherweight champion.

Nothing is going to be straightforward or come easy and I would imagine there will be a few twists and turns over the 12 rounds before winner is declared.

Liam knows full well he is in for a bumpy ride and says himself that he has to be ready to adapt in every second of every round.

The thing is, he has the ability to do just this and, in doing so, to turn the formbook on its head.

It is not just about how Liam is going to roll with the punches at the Copper Box, this is a fight where we will see just how good Davis actually is.

Whether he realises it or not, the ‘Tank’ is in for the fight of his life and we will see what he is made of and whether he is up to the job.

Davis looked the part in winning the title from Jose Pedraza in January, but I fancied Liam to make similarly short work of the former champion.

We’ve made sure Liam has as many things going for him as possible, with getting him home advantage and having his fans there in support of him.

Looking at it from the outside, Gervonta has got everything going for him – the Money Team behind him, Showtime – all those things in his favour.

But have they readied him for the dangers presented by Liam?

When he gets in the ring the only thing he will have going for him is himself. When he gets down to business I suspect he will look around to his corner and say ‘I thought you said this was going to be an easy job!’

Liam has got a bit of everything. From when he headlined the first ever live show on BoxNation, you could see in the style of that fight, when it was toe-to-toe, he had to dig deep and it is still one of the best fights we’ve had on the channel.

Then in other fights, you can see the sublime skills he can bring to the ring. Like in his last fight when he took the fella to school in a magnificent performance – one of the best I have seen in a while. 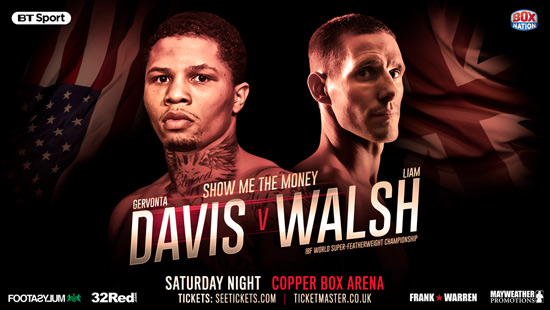 I hope Gervonta and his team do believe they are in London on a jolly, but I think they are professional enough to know it will not be the case. Having said that, with the confidence they are putting into their fighter with what they are telling him, he might think he is in for an easy night’s work.

Once that bell goes he will be in for a shock.

I don’t do it often, but on this occasion I will be putting my money where my mouth is with a little wager, because I think Liam will do the business.

The bookmaker’s odds won’t be stacked in his favour, but everything else is and mini-Money is in for a big surprise.

Coverage begins from the Copper Box Arena, live and exclusive on BoxNation and BT Sport, from 7.30pm on Saturday