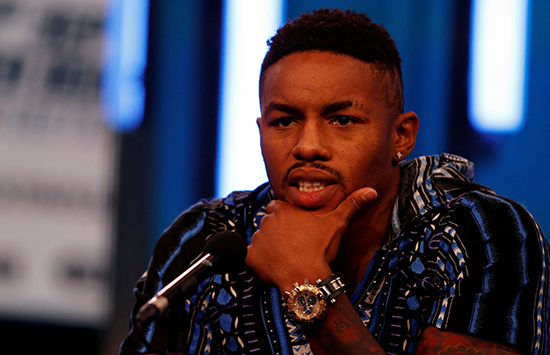 Willie Monroe Jr is confident he can beat Billy Joe Saunders to land a shot at the winner of the blockbuster showdown between Canelo Alvarez and Gennady Golovkin.

“I am battle tested, and I have gone through this and gave a good account of myself against Golovkin. This time, I am going to enjoy the moment a little more,” he told reporters at a media workout this week.

The last time the southpaw challenged for World honours, he was stopped by Golovkin in the sixth round.

“I want my rematch with Triple-G, but I think Canelo is the more skilled fighter,” argued Monroe.

“The one thing that Golovkin and Canelo need [the WBO belt], I am going to get my hands on, so they will have to see me.”

Ever since they met at a press conference in July, Saunders and Monroe have traded blows on social media, which has acted as added motivation for the American.

“Saunders is a little mouthy. I am a humble guy. It has me motivated, and come September 16th, he will have heck to pay.

Monroe even teased details about his game plan: “I might feel like boxing his ears off, or I may want to get him out of there!”