MOORE MAKES A STAND – BANS STEVE WOOD FROM HIS OWN GYM! 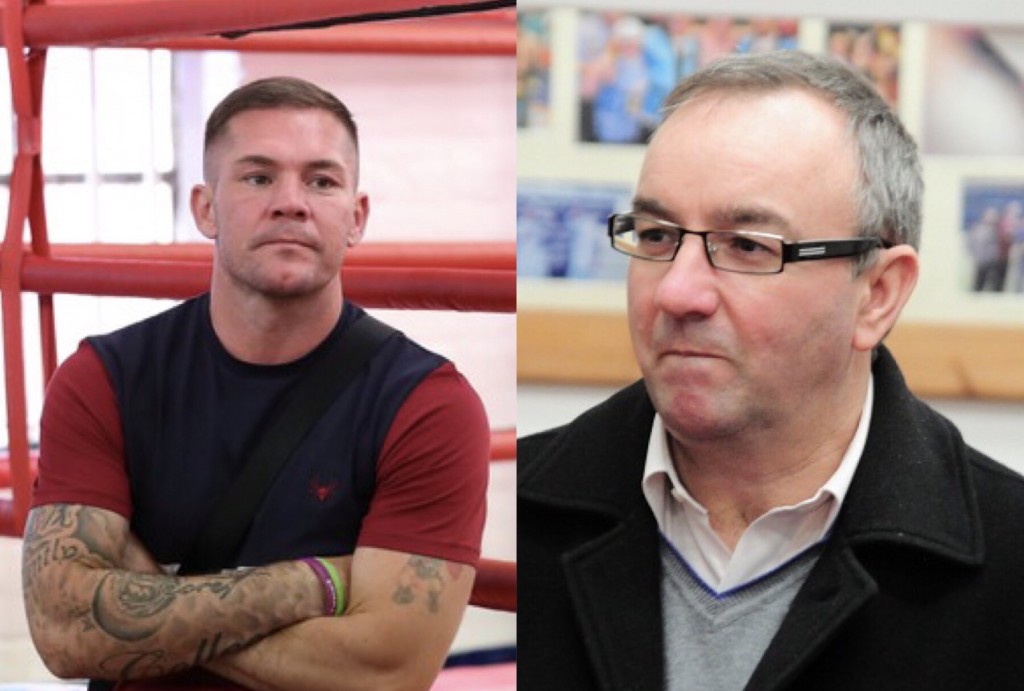 Jamie Moore has been placed in the awkward position of having to ban the landlord of his gym from entering the premises until the big business of the December 22 blockbuster between Josh Warrington and Carl Frampton is completed.

Moore, the trainer of Frampton, conducts his training sessions in a gym owned by Steve Wood situated on the site of Wood’s VIP company. The Salford-based businessman also happens to be the manager of Josh Warrington, who defends his IBF world featherweight title at the Manchester Arena, live on BT Sport Box Office.

Wood is known to pop down from his office to take in a bit of sparring during his downtime but, with the obvious conflict of interest, Moore has had to take a stand and impose a suspension.

“I have had to ban Steve Wood out of his own gym for this fight because he’s not allowed to come and watch the sparring,” reported Moore, whose career was also managed by Wood. “He’s right next door, but for the next three months he’s got to ring me first to make sure the coast is clear.”