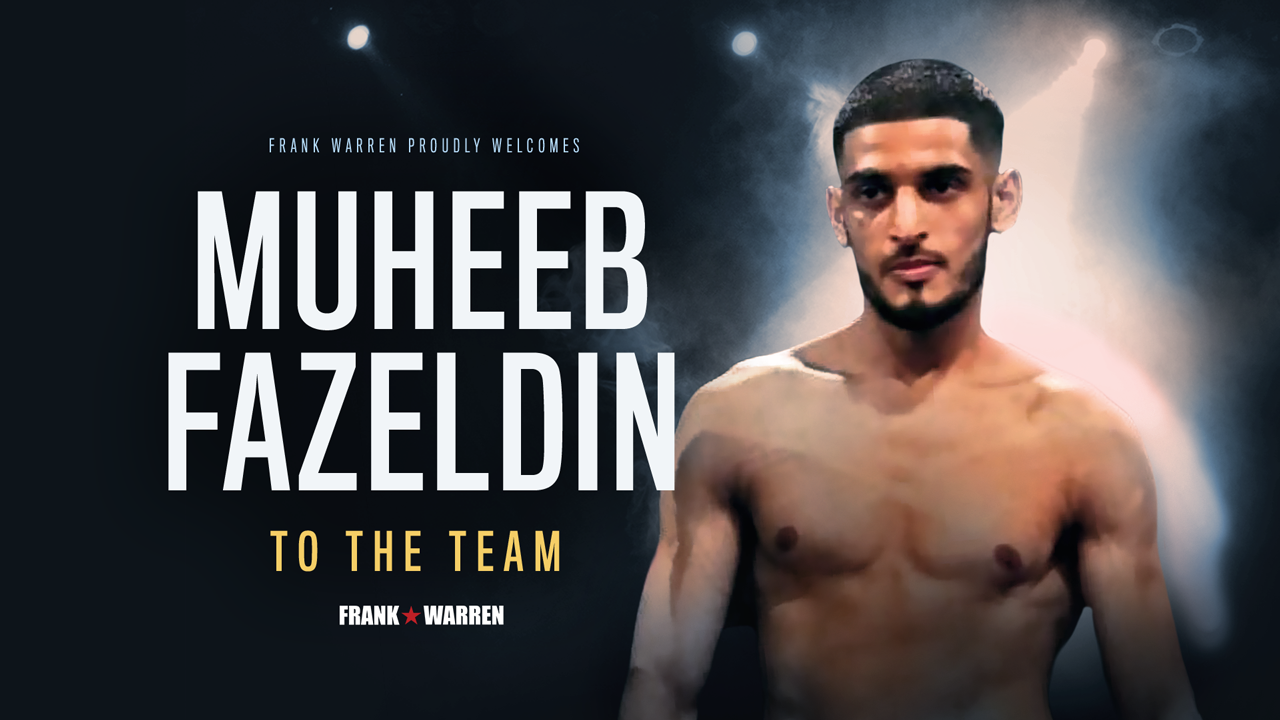 Yemen-born boxer Muheeb Fazeldin has signed a promotional deal with Frank Warren. The 25-year-old, who resides in Sheffield, has so far maintained an undefeated record as a professional which has seen him victorious twelve times with a solitary draw.

“The professional boxing scene has always been the route I wanted to go.”

Despite Fazeldin’s ambition of turning to the professional ranks, the Sheffield man still went on to have a successful stint in the amateurs.

“I did well as an amateur; I won CYP titles, five Yorkshire titles and then went on to represent England.

“I turned pro not long after my 19th birthday and since day one I have worked hard and grafted my way to the position I am in today. This is a dream come true signing for Frank Warren.”

Fazeldin, who fights at super-bantamweight, is trained by Brian O’Shaughnessy at the Koolbox gym in East London where he trains with the likes of Umar Sadiq, Lawrence Okolie and Dan Azeez.

In the past it was Ali Hamed, brother of British boxing legend Prince Naseem Hamed, who was Fazeldin’s tutor.

“We formed a strong bond because of our time together. We’re still all very close now; Ali, Murad and Naz [Hamed Brothers].”

A bond certainly strong enough to see traits of ‘Naz’ used in his own boxing style; backed up with the alias of ‘Flashy’.

“I love to box, I love to slip, move and counter, make my opponent look silly. I guess you could say I am a natural showman. I don’t step into the ring to put on the ‘showman’ performance, it just comes out of me naturally.” explained the ‘Flashy’ super-bantamweight.

He continued: “I know about his connection with Naz [Naseem Hamed] and just by talking to Muheeb you can tell he certainly has the confidence which Naz had!

“He’s a young, talented fighter and I a very much looking forward to working with him. He is going to be a very entertaining boxer to watch.”

You can follow Muheeb Fazeldin’s boxing journey through his social media pages: