MUTINY ON THE BUSES

NEW: Our fighting talk feature on what’s said and done inside – and outside – of the ropes, this week featuring a double jab from Carl Frampton and a trainer unfamiliar with losing…

IT WOULD HARDLY be surprising if fans believe live televised boxing shows are a bit like buses. You sit there for ages staring into space, then two come along at once.

This is the case on Saturday evening when armchair fans will have to choose between an exhibition bout to mark the return of Amir Khan to the ring in Liverpool on Sky or a stacked card of compelling fights on BT Sport from Belfast topped by Carl Frampton against four-weight world champion Nonito Donaire.

Frampton, for one, is certain there is only one bus worth jumping aboard.

“I think so when you look at the bills,” said the man who will be battling for the WBO Interim world title. “If you take Tommy Coyle and Masher Dodd – which should be an exciting fight – out of the equation, the rest of the Liverpool card is just so one-sided it is unbelievable.

“Unlike the bill on BT. If I was just a boxing fan – and I am not just saying this or being biased – I know which bill I would be watching.”

Sound advice from the Jackal.

ONCE CARL FRAMPTON has, hopefully, overcome the challenge of Nonito Donaire in Belfast on Saturday, thoughts will quickly turn to the next round of featherweight festivities set to take place at Elland Road, Leeds on May 19.

IBF world champion Lee Selby and his mandatory challenger Josh Warrington will finally get it on to a backdrop of a hugely partisan crowd and a live soundtrack provided by the Kaiser Chiefs.

The Chiefs will usher Warrington in by predicting a riot, while the fight predictions of Frampton, he admits himself, have wavered somewhat over time.

“If you had asked me six months ago I would have said Selby, easy,” stated Belfast’s finest. “Now I am starting to think there maybe something about Warrington.

“Warrington is fit and gritty and, no disrespect to him, he is an ok fighter. Grit and determination can take you a long way sometimes in this game.

“With a good crowd behind him in Leeds he will be pushing on and pushing hard against Selby right to the end. Selby could outbox Warrington completely, but I am thinking Selby is starting to struggle a little bit with the weight.

“He is a monstrous featherweight, he is really, really big and I think the weight will catch up on him at some point.

“It is all about timing in this game and Warrington could be getting him at the right time.”

Frampton, more than most, knows what the backing of a massive support can do for a fighter.

“I know what it is like and they may help push him over the line. It really, for me, depends on what Lee Selby turns up and what he’s got left – if the weight is affecting him as much as some people have said. 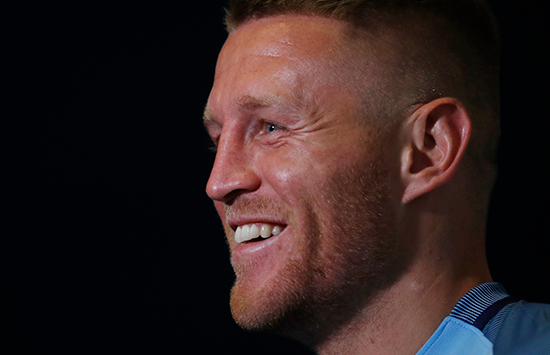 The highly-regarded trainer of the undefeated former WBO world lightweight champion Terry Flanagan attaches very little significance to the remarkable stat of having only one ‘L’ to his name in the professional game.

In the mind of Steve Maylett – landlord of the Finest Gym in Ancoats – fights where the odds are firmly stacked in the favour of the home fighter simply don’t count.

Where he does attach pride to his work is in proper fights that divide opinions before a punch is thrown.

“I’ve lost one as a trainer, which somebody brought up the other day with Karl Place in a British title eliminator, and I am probably getting towards 100 fights now as a pro coach,” he pondered.

“It doesn’t matter though. What matters is getting into those 50-50 fights because they are the ones you’ve got to win as a coach and most of my boxers are getting towards that stage in their careers now.

“They are the ones you want to win and those early ones are not worth counting sometimes.”

Probably top of the fights that do matter is Flanagan’s bid to become a two-weight world champion in Manchester on June 9 against undefeated American Maurice Hooker.

It will represent a seventh world title fight for Maylett and his celebrated charge.