“MY FIRST EMOTION AFTER SENDING AN OPPONENT TO SLEEP IS ONE OF HAPPINESS!” – ANTHONY YARDE

DEMOLITION MAN ANTHONY YARDE: “MY FIRST EMOTION AFTER SENDING AN OPPONENT TO SLEEP IS ONE OF HAPPINESS!” 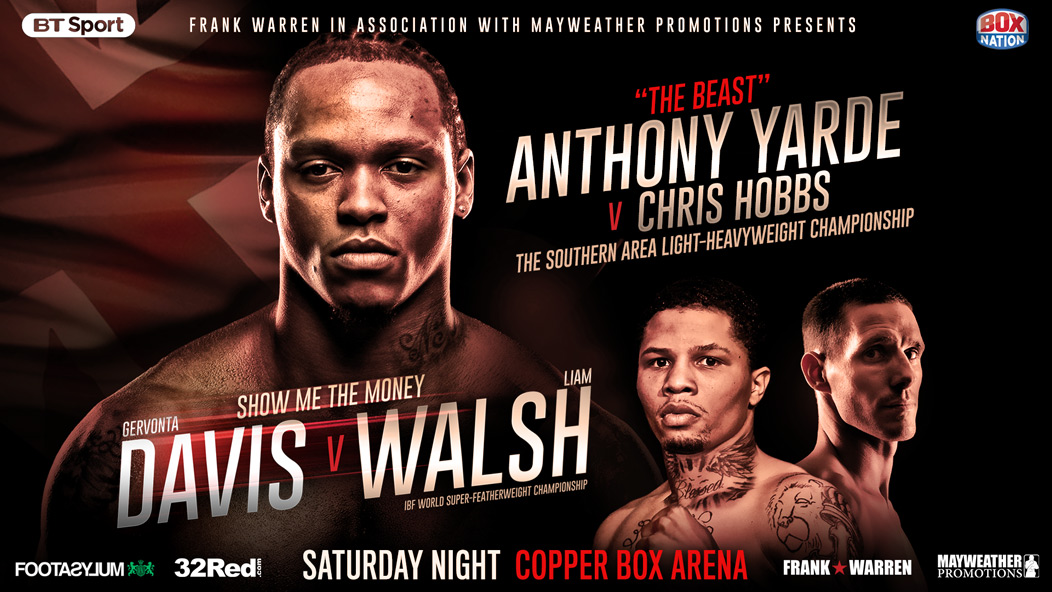 Potent punching light-heavyweight sensation Anthony Yarde is kicking up quite a commotion with the fight media on both sides of The Atlantic.

A pro for just two years, the 25 year old bomber from Nigel Benn terrain in Ilford, Essex has blitzed to 10 straight wins, with nine victims flattened before the finish.

Schooled by ‘Stamina for Sale’ guru Tunde Ajayi at the Peacock Gym in Canning Town, east London, the demolition man’s carnage has been exacted in just 16 rounds combined and he is yet to be extended past round four.

Speaking with Glynn Evans before his first title fight on Saturday night at the Copper Box Arena, the man they call ‘The Beast’ was in fine form.

“While I’ve never really been one for analysing tapes of my opponents – I leave that to Tunde – I do study tapes of all the greats. My favourites are Floyd Mayweather Jr – the best ever at hitting and not getting hit – plus Roy Jones Jr and Mike Tyson. I focus in on the combos they throw, the patterns they’ve got. I began by analysing their footwork and gradually move up to their body and head movement; the feints, how they deal with pressure, how each attacks against different styles of opponent. Then I try to bank it, practise it, then replicate it.

‘I also study videos of myself sparring or hitting the bags and pads. I can improve in every area to make myself even more explosive in future. There’s no perfection in boxing and never will be until I guy can knock every opponent spark out with his very first punch. You get closer to perfection through repetition, step by step. I like my opponent to feel the effect of every punch, even if it’s just a light jab.

‘I don’t have an ego that means I need to leave a trail of prostrate bodies in the gym.’

‘But I never take liberties in sparring. To be honest, I usually test myself against heavier guys with more experience so don’t really feel a need to hold back but it’s imperative that you learn to control the power if you’re using smaller guys to sharpen you up. You use quick short, snappy shots, nothing more. I don’t have an ego that means I need to leave a trail of prostrate bodies in the gym. Leave that for fight night, pay day!

‘Being a fighter involves having a certain constant state of mind. However, as a fight gets closer, you mentally plan your whole day around training sessions, eating the correct foods at the correct times.
‘Fight week, yeah, I get more snappy, more edgy. It was particularly bad at the very start of my pro career when I had same day weigh-ins but it’s not just shifting that last bit of weight, it’s also the media obligations, public work outs, press conferences, weigh-ins. You have to learn to prioritise. With experience, I’m learning to manage it a bit better.

‘My record and reputation serves as my intimidation.’

I know I’m mentally strong and that asset will come to the fore more, in the championship fights that hopefully lie ahead. I see a lot of potential rivals around on the circuit but, right now, they’re not in my peripheral vision, so I don’t play ‘mind games’. Most have more experience than me but, when the time comes, I’m very confident that I’ll beat each and every one of them.

‘There’s a strong psychological aspect to boxing and not everybody copes well with that. Acquiring any edge over your opponent is important. If I invoke fear, if opponents are scared of me, that’s definitely to my advantage. Right now, my record and reputation serves as my intimidation.

‘Provided opponents don’t openly disrespect me, I don’t deliberately get under their skin, other than the odd little joke at the ‘face-off’.  I’m a laid back guy who likes to laugh a lot but I can get upset and aggressive. If any opponent cusses me out or lays their hands upon me, they’ll discover that very quickly.

‘I’m a dominant alpha, like a lion who’s slaughtered his prey.’

‘I’m a fighter and we’re not ‘all round’ nice guys. It’s my business to hurt people who made it their decision to fight for a living. I’m a dominant alpha, like a lion who’s slaughtered his prey. I doubt they feel remorse as they’re eating it.

‘My first emotion after sending my opponent to sleep is one of happiness. That said, if it was a doctor job, I usually go into the changing room afterwards to check they’re okay.

‘By the time I’ve had my first post-fight meal, the beast within subsides and I’m back laughing and joking. Often, once the job is done, I go straight home, switch off and sleep.

‘Do I get troubled by the violence I wreak? Not at all!’

‘Though I don’t align with any specific religion, I’m a strong believer in God. I pray every day, thank God for the blessings that have come my way and I try to live with a good heart. But do I get troubled by the violence I wreak? Not at all! We’re mammals, albeit the highest breed and it’s our nature to protect and provide, it’s in our nature to compete. Boxing is just a fist fight with another man, with sportsmanship involved.”

All floor seating at the Copper Box Arena has now SOLD OUT.