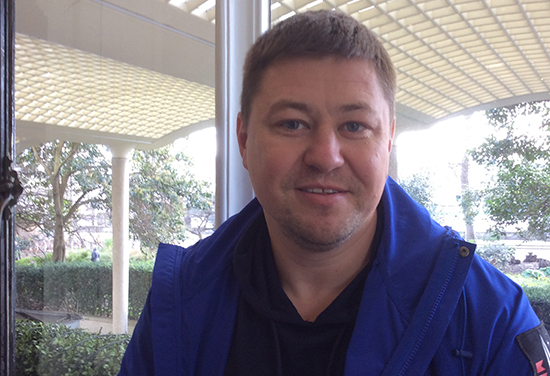 NEW: Our fighting talk feature on what’s said and done inside – and outside – of the ropes, this week featuring the teacher of Terry Flanagan, along with Tyrone Nurse and Mr Anthony Yarde

TERRY FLANAGAN CREDITS his trainer Steve Maylett with getting to know his opponents almost better than they know themselves, with his most recent homework trained on assessing the strengths and weaknesses of the unbeaten American, Maurice Hooker, ahead of a tilt for the vacant WBO world super lightweight title at the 02 Arena on April 14.

Turbo Terry insists his long-standing friend and mentor literally calls the shots in fights – as well as accurately predicting the return fire – making the former WBO world lightweight champion one of the most meticulously prepared pugilists in the business.

It goes a long way towards explaining Flanagan’s perfect 33-0 fight card – one which includes six world title fights – and it is not just Ancoats’ boy made good who benefits from the acute fistic senses of Mystic Maylett.

The landlord of the Finest Gym in Manchester – not much more than a stone’s throw away from the Manchester Arena – is not particularly familiar with that losing feeling.

Only once in 100-plus trips to the corner on fight night has he come off second best – in a British title eliminator involving Flanagan’s great friend Karl Place back in December 2011.

So Team Turbo possesses a winning pedigree and Maylett is not overly concerned over the fact his charge is entering into relatively unknown territory against Hooker, with ‘Mighty Mo’ being a tall and awkward banger.

Maylett strongly suspects he has already plotted the key to the downfall of the Dallas man.

“I have been watching him for about nine months, or maybe longer, because we always knew Terry was going to go up and Hooker was in the rankings and would be there or thereabouts when we did,” he explained.

“I’ve watched him and he is good, good at what he does, but there is a glaring error in him that I am not going to say now.

“That is going to be a place we are going to target.

“Apart from this one error he keeps making, his all-round game is good.

“He is going to be different to anyone Terry has ever fought before because he will have a size advantage, which will be something new we will have to deal with,” added the 34-year-old.

“He sparred big lads before for the Derry Mathews fight, who were probably taller and rangier than Hooker, and after two or three spars he was good and seemed to be able to beat them up in a different way to what he normally does.”

Despite the fact that Flanagan is preparing for a shot creating a bit of history by becoming the first Englishman to win a world title at both lightweight and super lightweight, Maylett reveals there is no change to the understated approach employed by his star pupil.

“To be honest, he is just the same as he normally is, even though he will say ‘I am fighting for a world title’ and he knows he will make history if he was to win it again, he is no more excited than he normally is.

“The fear thing will be there this time because Hooker is unbeaten and it is a new challenge at a different weight, but you won’t see a change in him where he is bouncing about the gym and stuff.

“It will always be the same Terry Flanagan no matter who he is fighting. He always says he just leaves it to me and he literally does.” 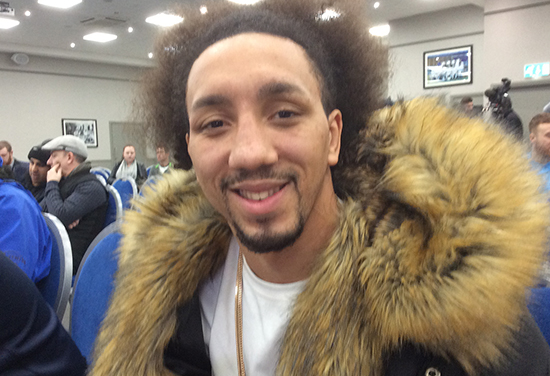 TYRONE NURSE WASN’T unhappy to see the back of 2017 for more reasons than one.

Relieved of his British super lightweight title by Jack Catterall via a points decision in Leeds at the back end of October, the Huddersfield man was subsequently knocked for six by a number of seasonal disorders before the year was out.

“December wasn’t a good month for me by any means and I ended up on anti-biotics for almost everything – tonsillitis, man flu, bird flu and every flu going!” relayed the 28-year-old.

“The only upside was that I enjoyed Christmas with the kids and moved into a new house.”

Even though he has yet to watch his defeat to Catterall back, Nurse acknowledges the right man’s arm was raised on the night. He doesn’t harbour any regrets over entering into a sixth British title contest, but believes the outcome provided notification of a pressing need to allow himself some additional poundage going forward.

“I’ve still not watched it, to be honest. On the night it felt like it was close but, on speaking to people, they all felt Jack sort of deserved it.

“I’ve never regretted owt and I am a firm believer that everything happens for a reason. We lost for a reason and I have been doing ten stone since I was 15 – and I have just turned 28.

“I think it is time for a move up now. I felt good going into the fight and everything. I fuelled up well but something just wasn’t there in the ring and might have been missing for sometime because I feel like my performances have started to dwindle a bit.

“I think we will take a move up to welter and see what life is left in the old dog!”

ANTHONY YARDE WAS more than happy to welcome his social sidekick Ohara Davies to the stable and now the fellow East Londoners get the opportunity to operate in tandem on the blockbuster 02 Arena show on April 14. 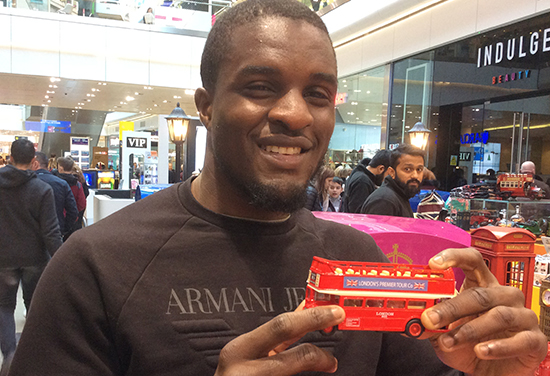 Davies revealed recently that the pair used to encourage each other to come over to the other side and it is now a reality following the super lightweight’s well documented split from his former team.

“It is just life and sometimes life pulls you in different directions,” reflected the 15-0 light heavyweight. “This is where he has ended up and I wish him the best – hopefully he will come over here and shine.

“He has been very impressive so far in his career and one thing Ohara knows about is keeping his name relevant – and he knows he has sometimes gone the wrong way about it.

“At the same time there will always be some sort of excitement or controversy around his name and, in boxing, that is what you need on occasions.

“Ohara is the king of personas and he has got so many different ones. He literally acts on how he feels at a particular time.

“He is not one for keeping things to himself and with his life everything is out there. It could benefit him in the future.”

Big fights are certainly in the offing for Davies in what is a buoyant weight class and his friend believes he can more than hold his own with the top dogs of the division.

“I don’t know all the fighters out there other than the ones on our team, but I would say Davies on his day can beat almost anyone if he stays sharp and does his job properly.

Starting on April 14 in Greenwich.