No sooner has he wrapped Wladimir Klitschko’s WBO, IBF and WBA Super belts around his waist then Tyson Fury is now poised to do a Riddick Bowe and toss one of them into the bin. 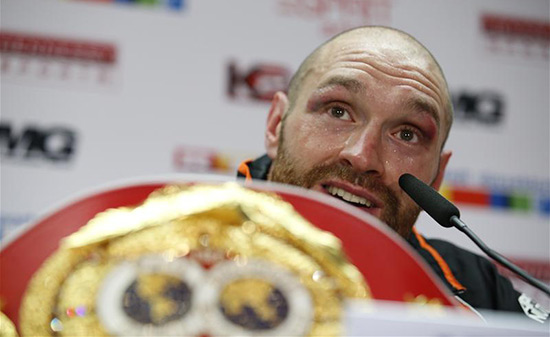 The smarting Klitschko has announced he will exercise his option for a contractual right to a re-match and Fury says he is happy to accommodate him. But along come the IBF to order him to first make a mandatory defence against a different Ukrainian, their number one contender Vyacheslav Glazkov, who is the Florida-based charge of the ‘grand dame’ of US boxing, the ever-feisty Kathy Duva.

Aware that Fury has a rematch cause with Klitschko, she asked the IBF to waive any period of negotiation and go straight to purse bids. The IBF have complied and set the deadline for next Friday.

Fury says he won’t be hustled into fighting Glazkov, so you can expect him to vacate the IBF title and his management team say he will bin the belt publicly at a press conference, just as Bowe did WBC heavyweight strap rather than take an ordered fight with Lennox Lewis.

In this event the unbeaten Glazkov will meet the similarly undefeated IBF’s fourth-ranked Charles Martin, a southpaw from Missouri who is looked after by Al Haymon.

So with Deontay Wilder wearing the WBC crown the increasingly fragmented fight game will be back to having three world heavyweight champions again. Brilliant, eh?

As I predicted it was a tougher job than many expected for James DeGale against Lucian Bute. The judges in Quebec may even have been a tad generous in their markings. Sky’s Jim Watt scored it a draw and I thought it was very close – at best a round or two in it. 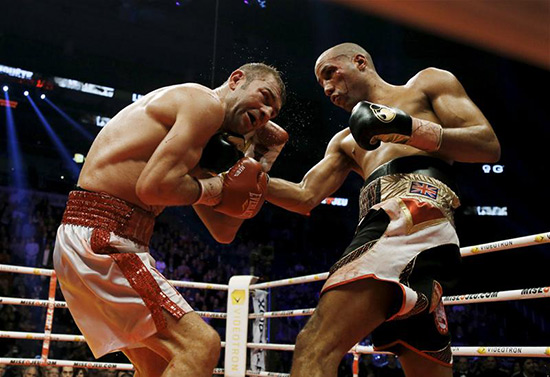 The trouble with DeGale is that while he is awkward he is not hard to hit, he gets marked up too often. From what I hear in America, they are not screaming out for him to try and unify the titles with George Groves’ conqueror Badou Jack, but if it happens he will have to be sharper than he has seemed in his last couple of outings

Billy Joe Saunders is not only looking good these days but he’s feeling on top of the world already in training.

Not only did he collect just over twenty grand for betting on his pal Fury – he said right from the off that Tyson would win – but he has just signed a new multi-fight promotional deal with us.

All it needs now is for him to take Andy Lee’s WBO middleweight title belt on December 19 in Manchester –a fight that will now be shown on America’s Showtime as well as BoxNation here. And I reckon that is looking a pretty good bet for him, too.

There’s also a really tasty scrap this weekend for BoxNation subscribers when Peter Quillin, with whom Lee drew in Brooklyn in April when both were on the floor, meets Daniel Jacobs for the WBA ‘regular’ title.

This looks like another terrific battle of Brooklyn as both are heavy-handed hitters. Jacobs, who has successfully overcome cancer, is likely to be the crowd’ favourite as he was born there. He has lost only once in 31 contests. 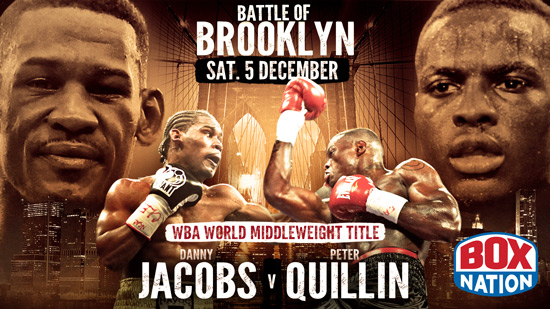 ‘Kid Chocolate’ Quillin, though actually born in Chicago, also considers himself a son of Brooklyn as he now lives there.

Since drawing with WBO champion Lee, when he had failed to make the weight for their scheduled title fight, Quillin, still unbeaten in 33 bouts, has had an impressive KO victory over Michael Zerafa.

He’ll need to be at his peak to stave off what is sure to be a fierce and formidable challenge by Jacobs. It’s not one to miss. Live coverage starts at 1am on Sunday morning.