NEW DAY DAWNS FOR THE JACKAL 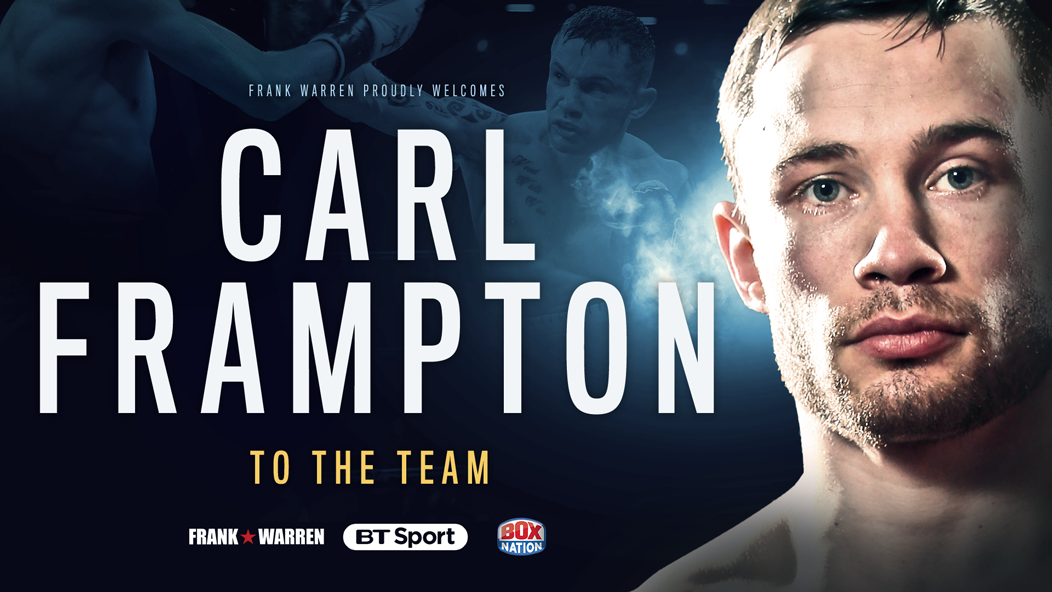 THE JACKAL WAS let out of the bag on Sunday with the news that we will now be promoting the career of Carl Frampton and I am absolutely delighted to have him onboard.

We will be hosting a press conference in Belfast on Wednesday to formally announce the union, while also revealing the date for his return to the ring and a couple of other major fights to mark the occasion.

Make no bones about it, Carl is a massive attraction in the sport and one of just a few where tickets are like gold dust whenever they get in the ring.

I am thrilled that we have the opportunity to showcase someone of his stature and popularity.

Being a two-weight world champion, he is already an Irish boxing legend and we want to quickly put him in position to win another world title on his home soil in Belfast.

Once he has got a good fight under his belt we will push on to Windsor Park, which is where we want to be with him, in a massive night there.

The signing of Carl gives us a real foothold in Belfast, which is a great territory and one where we will continue to look to build up the local scene.

For me there is nothing better than doing that and I have already had some great times with boxing in the city and have taken some big fights over there.

Now we’ve got a standard bearer to move it forward once again while, at the same time, all the other youngsters come through and develop.

Like Josh Warrington, Carl will be a big player on BT Sport and fighting on such a network will work for him because we will all really get behind him.

Our partnership with BT Sport carried a significant appeal for Carl and it is a great platform for all our fighters.

Of course, when you add such a popular and talented character such as Carl to your roster, you cannot help but ponder a few potential fights that could come to fruition.

One that springs to mind – when one or both of them secure a world title – is a match with his now stablemate from Leeds.

Josh is a fantastic fighter and, you never know, down the road they could meet. They’ve both got a huge fanbase so can you imagine how big that fight would be in future.

Josh is very close to me and I am delighted he is with us. He is also on the world title trail and is set to fight a final eliminator for the IBF belt on October 21 in Leeds against Dennis Ceylan.

It reminds me of the days when Nigel Benn, Chris Eubank, Joe Calzaghe and Steve Collins were with us and we made fights between them.

These boys will also want to be in the big fights to see who is best and ones where they can earn significant purses.

My job is to deliver them and I am looking forward to doing just that.