Welsh ace Zack Davies takes his record to 3-0 with a solid performance over Jack McCormack. The Gary Lockett trained talent looked impressive with a sharp jab and mixing his shots well to the head and body to outwork his Nottingham opponent.

Big-hitting Ilford talent Anthony Yarde followed up his explosive first round win last month at Wembley by getting some rounds in against Stanislavs Makarenko. Yarde hit his Latvian opponent at will with an array of shots, but his powerful body shots were eye catching and he dropped Makarenko in the second for the eight-count. Makarenko stuck in there and took Yarde the distance.

A shock loss for Sudbury’s Billy Bird, the British Masters Bronze Light-Middleweight Champion, who lost his unbeaten record to Mike Byles on points over six-rounds. Myles was the stronger fighter who continually pressed the action with his high work-rate.

Pro-debutant Leon ‘Wonderboy’ Woodstock lived up to his nickname with a first round wonder knockout of Reece Smith. The Leicester hitman dropped Smith with a sickening right to the body that left Smith in agony and unable to beat the referee’s ten count.  A stunning win for the 21-year-old who looks like an exciting talent to watch out for.

Wembley’s Gary Corcoran blew away Latvian Edgars Sniedze in two rounds as he builds towards his first title shot.  Corcoran dropped Sniedze at the end of the first round and again in the second round for the eight-count. He then stepped up the pressure throwing shots until the referee stepped in to call a halt. Corcoran’s record goes to 12-0.

Romford’s Tony Conquest continues on his comeback trail, grounding out a points win over Latvia’s Jiri Svacina over eight rounds. The former Commonwealth Champion was made to work by the tough and tricky Svacina who Conquest couldn’t put away despite landing the better and cleaner shots.

A surprising result with many ringsiders having Chingford ace Boy Jones Jnr at least two rounds up against Jamie Quinn, but referee Lee Cook scored it a draw. The 6ft 1in Jones was sharp and accurate with his long jabs and crosses and as in his previous two fights was throwing the left to the body with good authority.

Miles Shinkwin made quick work of Hungary Bela Juhasz as he stormed home to a third round stoppage with a blistering body shot.  Bushey’s Shinkin takes his record to 11-0. 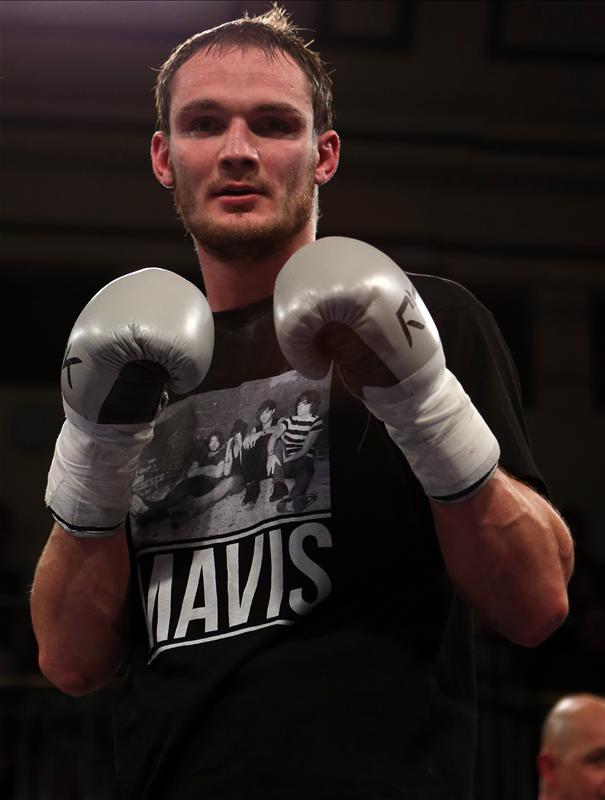