We are back with the Belfast boys on Saturday when the BoxNation cameras return to the Waterfront Hall for what I am sure will be a top night of boxing.

The fight I strongly suspect will steal the show is between Craig Evans and Stephen Ormond, with the Welshman making a first defence of his WBO European lightweight title that he finally got his hands on after an enthralling trilogy against Tom Stalker.

This is one of those fights that has all the ingredients to turn into a blockbuster, with neither of them accustomed to taking backward steps.

I am a big fan of Craig, who is one tough cookie, and one of those fighters – a bit like Gary Corcoran – who will happily accept a fight against absolutely anyone.

He doesn’t back down from any challenge put in front of him and, if you think back to the first couple of fights against Stalker, he headed up to the North West without any complaint at all and is now willingly going in the away end against Ormond.

It is good for him now that the Stalker saga is done and dusted because, while it is good for the fans, it is difficult to really progress yourself when you keep fighting the same person.

If those two had spent any longer together they would have been considered a married couple.

Another fascinating match-up is the battle of the unbeaten super featherweights between Jono Carroll and John Quigley for the vacant IBF European title.

Both fighters are at the stage of their careers where they need to put a marker down in the division and the claiming of an opponent’s unbeaten record represents the perfect statement of intent.

I fully expect Paddy Barnes to collect his first professional title when he goes for the vacant WBO European flyweight title in just his third fight.

The popular Paddy can afford to take a few shortcuts due to his amateur pedigree and, because he is no spring chicken age-wise, he is a man in a hurry to get amongst the top boys in his weight category.

His opponent, Silvio Olteanu from Madrid, has a mixed record, but is a former European champion with huge experience, so it will be useful yardstick to measure how ready Paddy is to stepping up to world level.

I am delighted that we have been able to bolster the bill with the addition of the hugely talented former Team GB member Sam Maxwell for his second fight on our watch, while our recent heavyweight signing Alex Dickinson makes his debut.

There is also a debut on the card for Irish amateur star, the highly rated David Oliver Joyce and I wish them all every success. 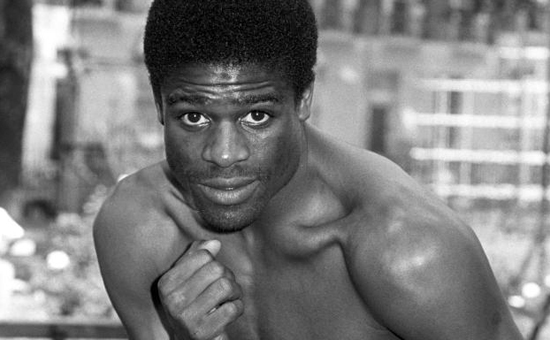 I was saddened to learn of the passing of Errol Christie at just 54 following his battle with lung cancer.

I promoted Errol after he turned professional with Burt McCarthy and he was one tipped for absolute stardom and considered one of the finest amateurs this country has ever produced.

People reckoned he would become the next Leonard or Robinson, that is how highly he was touted.

Errol wowed television audiences with his early performances and was the darling of ITV Sport at the time, but there are never any guarantees in this game, no matter what your amateur pedigree and unfortunately Errol ultimately never won the titles he should’ve done or fulfilled his undoubted potential.

I send my condolences to Errol’s family and friends at this sad time.