Nick Blackwell thankfully on the mend, but boxing, like life, is a high risk business

Apart from anything else, watching Nick Blackwell being stretchered from the ring after collapsing following his tenth round stoppage defeat by Chris Eubank jnr, and subsequently being placed in an induced coma, surely should have convinced Eubank snr that any talk of him and former foe Nigel Benn fighting again is not only nonsensical but downright dangerous. It is too stupid to even think about.

Hopefully any such foolhardy prospect of a scrap between these two senior citizens (Chris is 48 and Benn 52) will now go out of the window. It is a danger boxing can do without.

What is important is that the thoughts of everyone in the game are with Nick and his family, and that he is given all due care and attention and that he makes a speedy recovery. 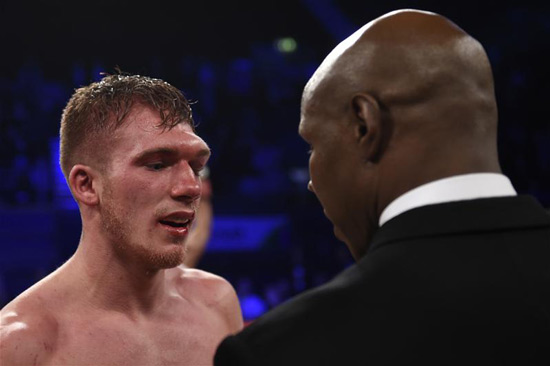 It is unfortunate that boxing finds itself in another dramatic situation but, as we have said before and will keep on saying, by its very nature this is a high-risk business. As with life itself, so much of sport is these days – not just the fight game.

Only last week we had that incident in the Australian Grand Prix. the motor racing drivers Fernando Alonso and Estaban Gutierrez walking away thankfully unscathed, after a horrific crash. Both might have been badly injured – or worse. Similarly we all breathed a sigh of relief when the former Olympic cycling champion Victoria Pendleton managed to get round Cheltenham without major injury.

That risk is always there, whatever the sport, and some may argue rightly that it is more acute in boxing than some others, but statistics continue to show that boxing – notably in this country, where the safeguards are so much improved – is by no means the most dangerous activity of all.

Tragic incidents happen in boxing as they do in many other sports, not least equestrianism and rugby.

But thank goodness the portents are good as far as Blackwell is concerned. He is a tough kid and unquestionably a brave one. The fact that Eubank snr had been involved in a similar situation himself 25 years ago, with Michael Watson, also must have been lodged in his mind.

On the night of the Eubank-Watson fight there were a number of cock-ups but out of it came regulations that re now in place which may well have saved Blackwell’s life.

Investing in the presence of ambulances, paramedics and an anaesthetist is a necessary expense and one that, as a promoter, I certainly do not begrudge.

Eubank snr’s corner instructions are in some quarters now being hailed as something of a saviour in view of his overheard instructions to his son to stop going for the head and instead concentrate on the body. 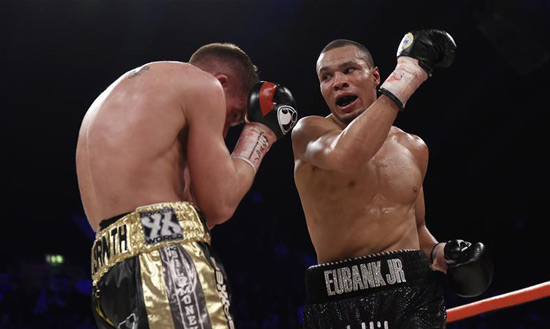 I’m not sure whether he really was being altruistic or this simply was a tactical move, believing that the tiring Blackwell was more likely to be worn down by body shots than head punches in the latter stages of the fight. Only Snr knows that.

Eubank also said he believed the fight should have been stopped sooner, but I do have some sympathy with Victor Loughlin, who is a decent referee and was always close to the action.

Blackwell was certainly shipping a lot of punishment, but he kept coming forward and was always firing back. In the end it needed a doctor’s intervention as Blackwell’s vision obviously was impaired and the referee acted promptly upon it.

There is no question that young Eubank deserved to take the British middleweight title. Blackwell was tough and strong, but he played into Eubank’s hands by continually walking into the line of fire.

Yet at no time did it seem that Eubank would knock him over – despite the way the fight has ended, he is not the hardest of punchers – which is why I believe he will never get the better of a Billy Joe Saunders.

Interestingly, Eubank jnr’s recently-acquired ‘mentor’ Adam Booth wasn’t to be seen in the corner, where booted and suited dad was once again the dominant figure. That association clearly didn’t last long. I wonder why?