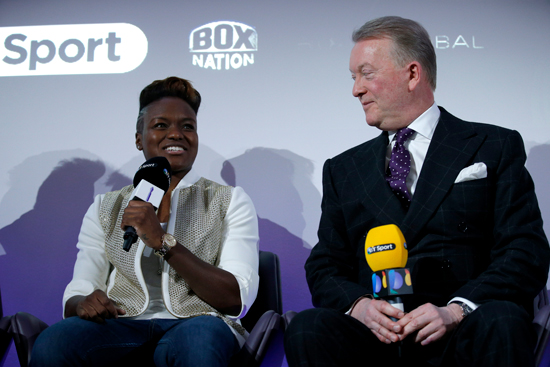 The Double Olympic Gold Medallist has already made Warren see the light when it comes to women in boxing, and now she is determined to make Piers a fan too!

Their discussion on equality in sport sparked a heated debate across social media, with many viewers Tweeting in their support of Nicola and women in sport.

@martingibson14 said: “Nicola is a great ambassador for sport full stop she fully deserves to show her talent  in the ring glad frank saw this”

@CourtNewcombe Tweeted: “@NicolaAdamsOBE on @GMB such a role model for women’s boxing, would love to do what you do, but keep doing what you do best!”

Adams ended her lively interview by inviting Piers along to her hotly-anticipated pro debut on April 8th, broadcast live on BT Sport and BoxNation.

“Maybe I will!” answered Piers.