No cigar, but Cuba’s Rigo is still the super-champ

Never mind what happens with Frampton and Quigg, Guillermo Rigondeaux is still the main man at super-bantamweight, and he is not shy of saying so himself.

He also points out that he dislikes it being said that he was ’stripped’ of his WBA title for failing to defend it last year. He says the WBA understand the reasons why (managerial problems and prospective opponents who were ‘running scared’ ) which is why they have installed him as ‘champion in recess.’ 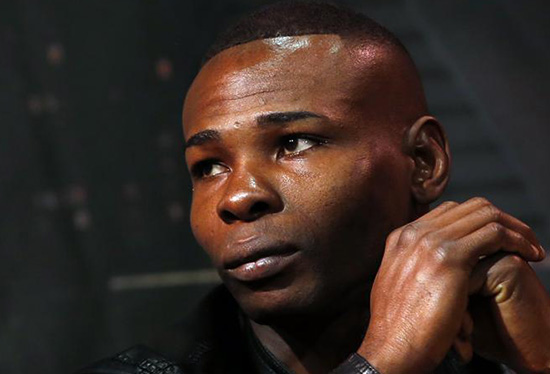 So, no cigar, but the Cuban is still in there smoking.

Rigo also says he admires the courage of Liverpool’s Jazza Dickens whom he meets in a ten rounder in support of the Flanagan-Mathews WBO world lightweight title fight at the Echo Arena in Liverpool on March 12.

“II commend him for stepping in the ring with me,” he says. “The kid has guts and I respect him for doing so.”

The undefeated 35 year-old two-time Olympic gold medallist is one of the finest amateur boxers in history and has fought in Japan, Mexico, America and Ireland. But Liverpool, he acknowledges, will be a whole new experience for him.

“I understand the crowd there are noisy and very passionate.”

He also tells us he gets the hump when he hears critics say his style is boring. “I don’t accept that. I do what I have to do to win. If I changed my style I would lose.

“But look how many opponents I have stopped or knocked out (ten out of 16). Surely that speaks for itself.”

I was intrigued to hear that another great former world champin, South African Zolani Tete, who also appears on the Liverpool bill (against Mexican Jose Santos Gonzales) fancies doing an Amir Khan and moving up a couple of weight divisions to take on fellow leftie Rigondeaux.

Seb comes out for fighting

Beleaguered he may be, but my good friend the international athletics chief Lord Sebastian Coe has found time to come out punching in support of his other great sporting passion, boxing.

The ardent fight fan and former Board of Control steward declares:” I am probably going to say something politically incorrect here, but I would love to see boxing back in schools.”

Actually it is in many schools, though as physical exercise rather than physical contact. But Seb is right. Under proper control it would be an asset to the national curriculum – for both boys and girls. 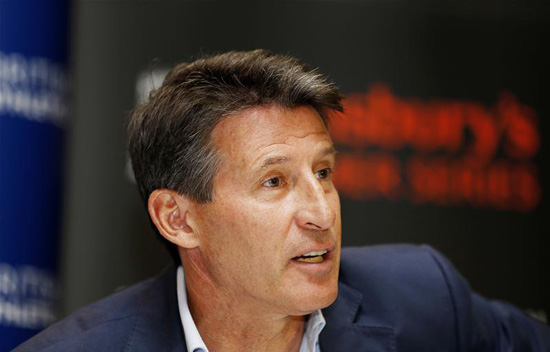 ”The great thing about boxers is that they areb such all round athletes,” he says. ”It is an extraordinary sport.“

The former double Olympic gold medallist and prime architect of the London Olympics will be appearing with boxing’s golden girl Nicola Adams on this week’s Clare Balding show screened by both BBC and BT.

Balding who once professed her dislike for what she called ‘the dirty and corrupt’ fight game seems to have changed her tune, especially since being reminded that there are far more pulled horses in her sport of racing than there have ever been pulled punches in boxing.

Last week Ricky Hatton was one of her guests and he was telling her about his friendship with former opponent Manny Pacquiao and what a great bloke he is.

Obviously the show was pre-recorded before the Pacman’s outrageous comments about gay marriage, otherwise one suspects the smile, of Ms Balding, who is in one, may have worn rather thin.

Wee Walter, one of the greats

I am old enough to have covered many of the fights of the former world flyweight champion Walter McGowan, who died last week aged 73.

“Walter is up there with Benny Lynch and Jackie Paterson,’ says the former world lightweight champion Ken Buchanan, a fellow Scot.” He was a beautiful boxer.’ Indeed he was, fleet of foot and fast of fist.

His dad Thomas was also a fighter who boxed under the name of Joe Gans. He became Walter’s trainer, guiding him through the amateur ranks where he lost only twice in 124 bouts, becoming ABA champion in 1961 and subsequently Scottish, British, Commonwealth and world champion.

Wee Walter, as he was known, also had two memorable domestic scraps at bantamweight with Liverpool’s Alan Rudkin.

No Joshing this time

Last week I wrote here that talks were at an advanced stage for Anthony Joshua to meet IBF heavyweight champion Charles Martin in London. 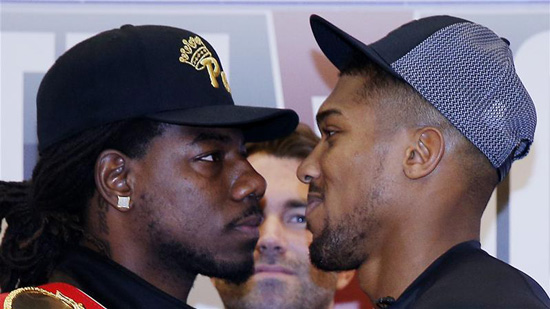 Well the deal has been duly done but I stick to my view that it a couple of fights too soon for their still-learning Olympic champion. He’s in at the deep end.

Nonetheless I wish him luck. If he does win Britain will be in the unique position of having two world heavyweight champions. Who’d ever have thought it, eh?

It’s a difficult fight. This could be a banana skin pretty similar to Tim Witherspoon against Frank Bruno or Tony Thompson against David Price. They are two that spring to mind with American heavyweights coming over here when its supposed to be easy and they (the British fighters) get chinned.

Tyson Fury is clearly among those who think Charles Martin could be a fight too far for Anthony Joshua.

Ill-considered words which have cost Manny Pacquiao much respect and a fortune in sponsorship from Nike.

Frampton and Quigg are both cowards for finding ways to avoid the best in their division. We wait in anticipation to see if the winner of the fight between them will step up and step in the ring with me, so the whole world can see who the best 122lb fighter is.

Guillermo Rigondeaux rightly makes it clear who he believes is numero uno in the super-bantamweight business.

When you’re in the ring and in the zone, you will do anything it takes to win especially if you’re thinking about your kids. It is just extra motivation.

Family man Carl Frampton on what drives his desire for victory over Scott Quigg.

I believe that the best Derry Mathews beats any lightweight in the world. I’m the biggest puncher out there with both hands and I can knock people out with my left and right. I’ll be taking Terry to places he’s never been before.