NO CLOSED SHOP IN CLOSE SEASON 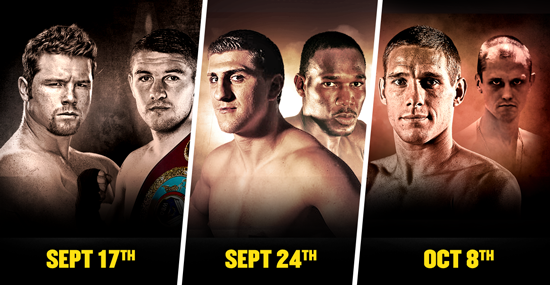 The month of August is a tricky one in the boxing business – on the promotional side at least.

Nowadays the month is the sport’s close season in this country, a much shorter hiatus than in the old days when the shutdown ran from the eve of the Derby in June through to September.

Thankfully fans don’t have to wait so long for their fix of fistic combat in this day and age.

While there are no shows as boxing takes a side step and waves through the beginning of the football season and, this year, the Olympic Games, there are a multitude of plans that promoters are working hard to formulate.

Working up a big show can be a bit like putting together a complicated jigsaw, a task not made easier by this being the holiday season and pretty much the only month in the year when people in the sport can fly off for a little break.

It doesn’t help when there are a few final i’s to dot and t’s to cross before being able to confirm various cards for the new season.

We have already booked in a bumper package of fights to look forward to in the forthcoming months with much more to be officially scheduled.

First up, we’re off to Texas on September 17 for one of the most highly anticipated fights of the year when Liam Smith defends his WBO super welterweight world title against Mexican superstar Saul Canelo Alvarez.

A week later the evergreen Ovill McKenzie takes on a tough assignment in Frankfurt when he challenges for the IBO world cruiserweight title held by the German former WBO champ Marco Huck.

We are off to Harrow on October 8, which will see Liam Walsh contest a final eliminator for the IBF world super featherweight title against Andrey Klimov and also a return to the ring for local favourite Mitchell Smith, along with a host of the finest prospects from the south of England.

As was widely reported last week, our WBO world middleweight champion Billy Joe Saunders will no longer be making the trip to Dallas in September for a first defence of his title.

The credibility of what used to be amateur boxing took a shattering blow with the eyes of the world watching on Tuesday afternoon when Ireland’s Michael Conlan was scored the loser against the Russian Vladimir Nikitin at the quarter final stage of his quest for bantamweight gold at the Rio Olympics. 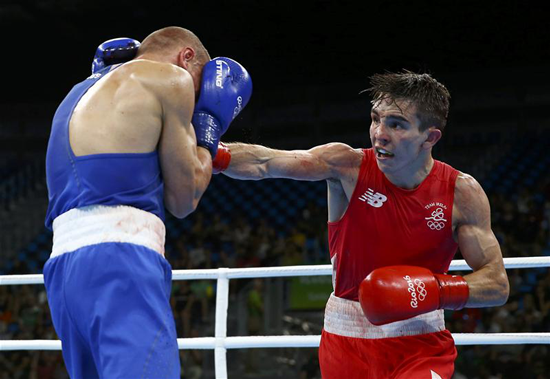 It was not the first questionable decision to be handed down by the judges at these Games, but it is surely the most damning given that Irish eyes should so clearly have been the ones smiling.

Conlan is a boxer of the highest calibre and a classy individual. His emotions running unchecked during a TV interview in the wake of such a crushing disappointment is understandable, but unfortunate given it will have been a tea time family audience watching on in Ireland.

It is another case of so-called amateur boxing shooting itself in the foot. Conlan was prepared to bide his time before entering the professional ranks he will doubtless enjoy huge success in to compete for Olympic glory.

It is time he won’t get back and he now feels cheated. Other young boxers will have been watching on in dismay. The job of the governing bodies in convincing the most talented amateurs to commit to a four-year Olympic cycle has just got all the more difficult.

Many will look at the experience endured by Conlan and think ‘why take the risk?’ – and you wouldn’t blame them for that.