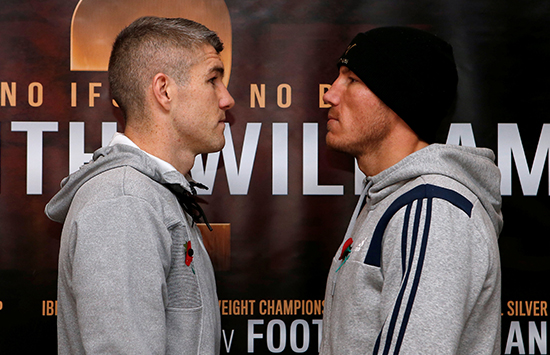 “Mind ’is ’ead, ref” still remains one of the most frequently heard ringside exhortations in boxing.

And Liam Smith and Liam Williams had better mind their heads – as well as their other pugilistic P’s and Q’s when Britain’s top referee supervises their coming reprise collision in Newcastle this Saturday night.

That’s the accolade accorded to Fleetwood’s Steve Gray, nominated by the Board of Control to take charge of what threatens to be the most explosive contest of the year.

British boxing currently has a decent crop of referees but, as in all walks of life and sport, there are good and bad as a matter of opinion.

As well as Gray and Loughlin I also like Michael Alexander and the much under-used Geoff Hynds while, out of interest, the website poll nominates Ian John Lewis as the ’worst’ Star Class man followed by Terry O’Connor, Phil Edwards and, surprisingly, the one with the highest profile of them all, Howard Foster. But this has to be entirely subjective of course.

Gray, vastly experienced in handling almost 900 bouts, is firm, fair, and stands no nonsense – and is probably the most athletic official since one-time circus acrobat Vann himself.

Tall, lean and mobile, he lets the combatants get on with it but is quick to intervene and remonstrate when rules are infringed.

Vann praised him after he unhesitatingly inflicted a disqualification – a rarity these day – on the unbeaten Bradley Saunders for a deliberate head butt on French opponent Renald Garrido in Liverpool two years ago.

Vann wrote in his blog: “Referee Steve Gray showed his Star status by disqualifying Bradley for an intentional head butt, no warnings just Goodnight Vienna. I am all for disqualifying a fighter for an intentional foul. This is how it used to be years ago in Britain but we now have all the world boxing bodies with different rulings that indicate we should protect the fouling fighter to a degree, by taking two points off him and, whether the fouled boxer is injured or not, telling the combatants to fight on. An intentional foul should be an immediate disqualification.”

‘It seems inevitable that the obvious bad blood between the pair will be spilled at some stage but let’s hope it can be contain within the rules. Smith, a craftily patient assassin, has the harder dig and staying power, but wily Williams is the smarter and more skilled boxer’

I am old school enough to agree, and Messrs Smith and Williams should take note there will be no Gray area for trying it on with him.

The contest is cleverly billed ‘No If No Buts’ and Gray will ensure there are none of the latter when spelled with a double t. If there is, it will not go unpunished.

Britain has always been blessed, by and large, with unbiased and efficient referees, none more so than late, legendary Harry Gibbs.OBE.

British boxing fans remember him for a one of the sports great controversies: the 1971 British heavyweight title fight at Wembley in which former docker Gibbs gave young Joe Bugner a narrow victory over a 37-year-old Henry Cooper in days when the ref was the sole arbiter.

Both Gibbs and Cooper were from the Bermondsey area of south London, but boxing has no room for sentiment or partiality. At the final bell Gibbs ignored Henry’s outstretched glove and gave the decision to Bugner by the ten narrowest possible margin, a quarter of a point.

The verdict ended an era in British boxing. The crowd booed and their idolised ‘Enry was gutted.

Another hard-line ref was ex-fighter Roy Francis, who was in charge when Naseem Hamed made an outrageously obscene gesture to a stricken opponent.

Francis hauled him back to his corner.”Do that again, son, and I’ll kick your arse over the top rope,” he admonished. Knowing Francis, he would’ve done, too.

Gray won’t be asked to decide the winner should Saturday’s potentially explosive super-welterweight WBO title eliminator go the full 12 rounds, but he knows he will have his hands full. 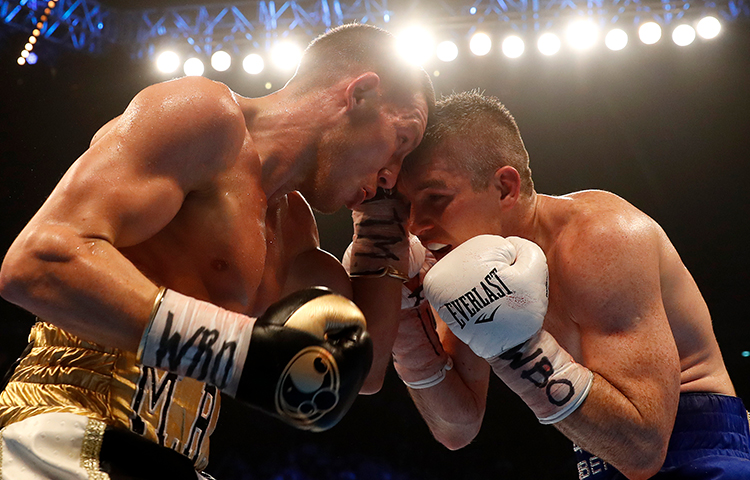 He won’t want a similarly controversial ending to their first fight in Manchester last April when Scouser ‘Beefy’, behind on points but marching forward, was declared the winner when the heavily bleeding Welshman was wisely pulled out in the ninth round by trainer Gary Lockett with a gruesome eye wound caused by a head clash, which Williams claimed was a blatant butt. From ringside and on TV it certainly looked deliberate.

Smith denied it, saying it was accidental but referee Terry O’Connor apparently missed the incident.

Williams had also been doing his share of ‘nutting’ in some rough, tough exchanges.

Gray is the man to keep a strict check of any such nasty business.

It seems inevitable that the obvious bad blood between the pair will be spilled at some stage but let’s hope it can be contain within the rules. Smith, a craftily patient assassin, has the harder dig and staying power, but wily Williams is the smarter and more skilled boxer.

My hunch is that Williams will prevail on points in a contest that that has divided British boxing.

As promoter Frank Warren says, it is going to be edge-of-the-seat stuff and could go either way.

Both fighters must keep their heads out of harm’s way – and to themselves. Otherwise they may fall foul of a referee who won’t allow either a head start.

The decision could even be split– but hopefully this time eyebrows won’t be.

THE NEWCASTLE SHOW will evoke fond memories for Amir Khan. For it was at the same Metro Arena that he first acquired a world title, the WBO super-lightweight belt, by stopping the Ukrainian born New Yorker Dmitriy Salida in December 2009.

It was also the last time Frank Warren had promoted in the city.

Much water has passed under Amir’s bridge of sighs since then.

Now, just a few weeks shy of his 31st birthday, title-less and listed as ‘inactive’ by BoxRec after 19 months ring absence following his defeat by Canelo Alvarez, it is hard to see where he has left to go.

Since that savage sixth-round ko, Khan has undergone surgery to repair damage to his right hand and endured a bitter and public feud with his family and estranged wife Faryal Makhdoom.

Apparently has returned to his gym in Bolton and begun preparing in earnest for a comeback .But against whom?

He is no longer a marquee draw in the United States and over here that once blockbuster showdown with Kell Brook is virtually dead in the water after their respective damaging defeats to Alvarez ansd Gennady Golovkin. 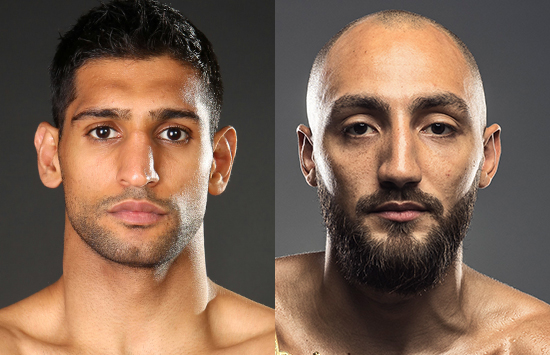 Much as I like Amir I believe it is time for him to get real. I understand he has rejected a very substantial offer to meet Bradley Skeete, a match that would certainly fill any indoor arena, not least the Metro, where it all began for him as a world beater.

Maybe you should think again, Amir. It could be the only headline option you have left.

BoxNation is on air from Newcastle from 6.55pm, with coverage on BT Sport beginning at 7.45pm