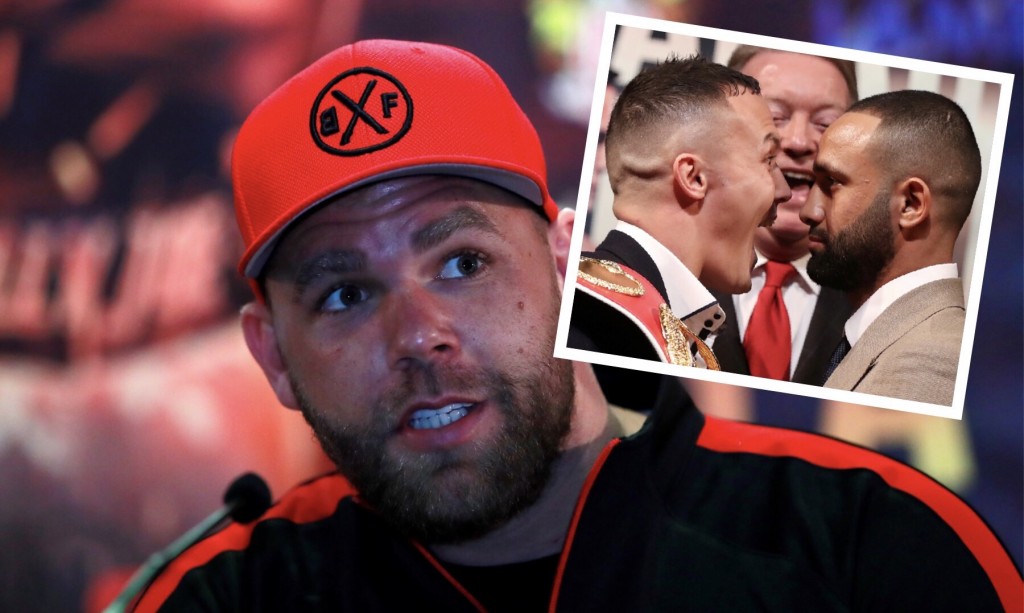 BILLY JOE SAUNDERS suspects there is the genuine possibility of Josh Warrington overlooking the threat presented by his mandatory challenger Kid Galahad when the pair face each other with the IBF world featherweight title at stake at the FD Arena in Leeds on June 15.

Setting aside the natural bias Saunders might have for his former landlord, also known as Barry Awad, during his lengthy stint training at the Ingle Gym in Sheffield, the former middleweight world champion questions whether the Leeds man will summon up sufficient motivation for what is likely to be a highly-charged Yorkshire derby.

Saunders’ thinking is that, having chalked up such impressive victories over illustrious and favoured opponents in Lee Selby and Carl Frampton, will Warrington show the same desire against a challenger he twice defeated as an amateur and clearly doesn’t hold the highest regard for?

“Warrington is a brilliant fighter and he has had a couple of good performances but sometimes when you have a couple of good ones – I’ve been there and done it – your mind and everything else isn’t quite working the same,” considered Saunders, who returns to the ring to fight for the WBO Interim world super middleweight title against the No.1 ranked Shefat Isufi at Stevenage FC on May 18.

“He’s boxed Selby and Frampton and now he is looking at Barry thinking ‘oh it’s Kid Galahad, I beat him a couple of times’. Is that going to be decisive here, I don’t know.”

Saunders added that the will to win of his former sidekick, the also unbeaten Galahad, will be a key factor in the outcome, which he believes will result in a new champion being crowned.

Tickets for Saunders v Isufi at Stevenage FC are now on sale via www.borotickets.co.uk and are priced as below: