No ordinary Joe – but was Bugner the best of British? 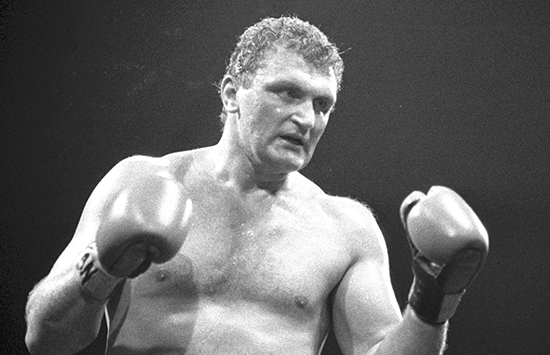 Joe Bugner was 67 last week, yet remains lodged in our memory as the young Adonis from Hungary who became a Brit, then an Aussie and fought just about every heavyweight of note in his era during a career which spanned 83 fights and just over three decades.

Some argue that ‘Aussie Joe’ as he is now known where he lives on Queensland’s Gold Coast could have been the best heavyweight ever produced in Britain had he shown just a little more flair and gumption.

As it is he is certainly right up there in the mix with Lennox Lewis, Frank Bruno, Tommy Farr, Henry Cooper and, potentially, Anthony Joshua.

I covered Bugner’s career from the day back in December 1967 when, as a strapping 6ft 4in 17-year-old under the tutorship of the late Andy Smith – father of current Board of Control general secretary Robert Smith – he was thrust into the spotlight as the new heavyweight sensation.

Remarkably he recovered from that embarrassing false start to win his next 18 bouts in a row to become British and Commonwealth champion and fight Muhammad Ali twice, once for the world title in the exotic location of Kuala Lumpur, Malaysia.

In fact he is only man in history to go the distance with both Ali and Joe Frazier, boxing 27 rounds with Ali and 12 with Frazier.

It was some journey from the man born Jozsef Kreul Bugner in Soreg, Hungary in March 1950.

He and his family had fled to Britain in the late 1950s after the Soviet Union’s invasion of Hungary.

They settled in the Cambridgeshire town of St Ives and while at school Bugner became the national junior discus champion in 1964.

He was certainly a good athlete, but, as a boxer, he was criticised for posing as much as he punched.

Hugh McIlvanney, doyen of British boxing writers, once remarked: ”He has the body of a Greek statue – but fewer moves.”

Nonetheless the young Hungarian refugee became a big name in boxing despite a lack of popularity among the punters and much of the press.

This was largely because he controversially relieved a national icon, the beloved Henry Cooper, of his long-held British title.

Cooper was 37, Bugner 21. The cheeky challenger was awarded the verdict by the lone arbiter, referee Harry Gibbs, by the narrowest of margins, a quarter of a point (fights were then ridiculously scored in fractions). It was a widely unpopular decision, though some thought he deserved to win.

Not ‘Our ‘Enry’, though. At the end he walked towards Gibbs offering his arm. Gibbs ignored it and strode across the ring to Bugner, declaring him the winner.

The public and media were deeply divided about the verdict and the outcome is still regarded as one of the most controversial in British boxing history.

Nonetheless, Bugner was now the British Commonwealth, and European champion, and for the first time he was ranked among the world’s top ten heavyweights. He would remain in the world ratings until his first retirement in 1976.

“Beating Henry Cooper was probably the worst thing I ever did,” Bugner once told me. “I wish I’d never bloody fought him. I won but I lost everything. I was hated for it, never allowed to forget it and eventually was hounded out of the country I loved.

“I was just a 21-year-old kid who came to fight but Cooper was a demigod and I wasn’t supposed to beat him.”

Bugner later moved temporarily to the United States. Early in his professional years he had earned a reputation as a tough, resilient but often exceptionally defensive and cautious boxer. He retained that image for the rest of his career. He was criticised often for lacking natural aggression in the ring.

Some argued that Bugner’s heart was never in boxing after an early opponent, Trinidadian Ulric Regis, died after being outpointed by him at London’s Shoreditch Town Hall and that that Bugner never punched his full weight after that. This he has always denied.

Remarkably he fought both Joe Frazier and his son Marvis, losing to both.

Bugner retired from boxing in 1976, but over the next two decades he made sporadic comebacks with varying success. He moved to Australia in 1986, adopting the nickname “Aussie Joe”, beating fighters such as Greg Page, David Bey, Anders Eklund and James Tillis before retiring again after a TKO loss to Frank Bruno at White Hart Lane in 1987.

He made a final comeback during the 1990s, winning the Australian heavyweight title in 1995 and the lightly-regarded World Boxing Federation (WBF) heavyweight championship in 1998 against James ‘Bonecrusher’ Smith as a 48-year-old grandfather. He quit boxing for the last time in June 1999 after beating Levi Billups on a disqualification with a final record of 69-13-1, including 43 wins by knockout.

After moving to Australia, Bugner and his wife Marlene opened a vineyard. It failed in 1989, and he lost an estimated two million Australian dollars. 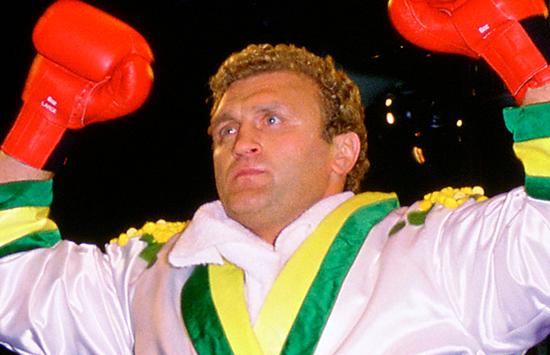 He dabbled in film acting, was an unsuccessful contestant in ”I’m A Celebrity”, suffered severe back problems and underwent heart surgery two years ago. “I’ve had a few health issues but they put a stent in my heart and I’m feeling a lot better,” he says now.

“It’s amazing, you know, I was a professional boxer for 32 years – punching away with the toughest men in the world – but I didn’t suffer any health problems until after I retired. But life has been great to me, it really has. I have a wonderful wife and I love living here on the Gold Coast.”

Bugner says the hardest puncher he ever faced was Earnie Shavers and the biggest beating he took was from Ron Lyle.

But Ali, he says, was unquestionably the best.” He was that good, a great natural talent. Such charisma. He had two great weapons. He was utterly fearless no matter what happened in a fight and he was able to dominate opponents psychologically as much as physically. His speed for a big man was quite incredible. He was the greatest heavyweight of all time in my opinion. He was bigger than the sport of boxing. But he never really hurt me.”

The ever-prudent Bugner made sure of that. They met twice, first Las Vegas in 1973 in a 12 round non-title bout. Ali shrewdly recognised the value of a young white opponent. In the first minute he blitzed Bugner, splitting his eyebrow and sending him reeling.

Then they clinched and Ali is said to have whispered in his ear. ”Now don’t step out of line Joe. You and I can make a lot of money one day.”

They did, of course, in Kuala Lumpur two years later when Bugner was again lambasted for his negativity. Though clearly outboxed and outpointed he was unhurt and appeared fresh as the proverbial daisy after waltzing through 15 rounds largely on the back foot. Despite the torrid heat he had barely broken sweat.

After the fight Bugner even went for a leisurely swim in the hotel pool but became angry when it was suggested by some of us that he did not try hard enough to beat Ali.

He shouted: “Get me Jesus Christ, I’ll fight him tomorrow!”

Once again that great Scottish wordsmith McIlvanney came up with a memorable riposte: “Aye, Joe, you’re only saying that because you know he has bad hands.”