No ordinary Joe – The night Calzaghe gave a master class

Frank Warren is bang on the button when he says that Manchester is now the hub of British boxing. It has been for some time, the city’s enduring affinity with the fight game evolving back in the days of those wonderfully fiery scraps at the Free Trade Hall and Belle Vue through to Old Trafford, Maine Road and now the magnificent Manchester Arena.

For me, Manchester was also the scene of one of the finest exhibitions of pure boxing I have ever seen. It came on March 4 2006 from the cultured southpaw fists of Joe Calzaghe, arguably the best British boxer of post-war years, when he surgically dismantled the American Jeff Lacy with what can only be described as a punch-perfect performance. 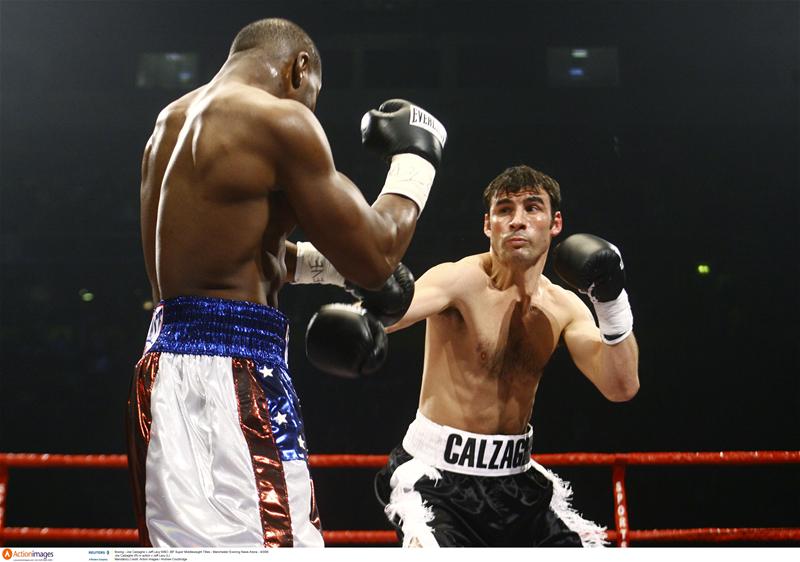 The quickest way to offend Calzaghe was to tell him he looked like a boxer. He confessed a certain vanity about his dark and handsome profile, a product of his Latin-Celtic ancestry, and to this day, after 46 professional fights, the last of which was against Roy Jones jnr was in November 2008, and too many to remember as an amateur from the age of 13, remains remarkably unblemished.

Yet against the hitherto untamed “Left Hook” Lacy, whose IBF super-middleweight title he forcibly removed, adding it to the WBO belt he had held for eight years, he certainly looked like a complete boxer, administering one of the most comprehensive goings-over ever witnessed in a British ring. One which was almost Ali-like in its sublime execution.

Joe threw so much accurate fire-power that night it was more like Cagney and Lacey than Calzaghe v Lacy.

Rather than Left Hook Lacy it was Right Jab Joe.

Lacy, five years younger, also unbeaten and boasting a fearsome record as the “mini-Mike Tyson”, returned to the US chastised and chastened, leaving Calzaghe basking in plaudits for what surely was the supreme single performance in British boxing for many years.

“I think finally this country – and now America – has woken up to Joe,” promoter Warren said at the time. One American writer even declared Calzaghe’s performance the finest he had ever seen in a title fight.

Warren recalls that it was a fight that almost never happened. “We had already postponed the show once because of injury to Joe’s hand and he rang me to say he was still having trouble.”

But Warren was not alone in believing that the problem was as much in southpaw Calzaghe’s head as his hand.

“At his father Enzo’s request I called Joe and we spoke for about an hour. He complained his had damaged his left hand – I was always unhappy with the way he wrapped his hands – so I jokingly said ’Well use the other one!

“I told him this would be the easiest fight he would ever have, even though Lacy was a big favourite. I knew Joe the style and capability to beat him.

“Lacy had been built up with such a tremendous reputation but I had watched him a couple of times and I couldn’t see what they were on about. For me, he was the Adrien Broner of his day, simply overrated.

”I said to Joe, this fight is a perfect one for you because you can’t miss him with your jab. All you have to do is keep him on the end of it.

“I must have got through to him because by the end of our conversation he was really up for it.

“In the fight he must have thrown about 1,200 punches and hardly any of them missed. I said to him in ring afterwards ‘How’s the hand now?’ and he grinned.

“Joe was magnificent that night but why Lacy’s corner let him continue to the end I’ll never know. They should have pulled him out so one-sided was the beating. It actually wrecked Lacy’s career.”

Calzaghe himself has subsequently admitted that he wanted to pull out of the fight, but was dissuaded by his father and Warren. “I am glad I didn’t. And I am extremely proud of the way I fought that night. I put a clinic on and dismantled him. It was my proudest performance. It was the only time in my career I was the underdog and everyone had written me off. If anything it motivated me even more to prove I was the best.

“I demolished him and outclassed him. His punches didn’t trouble me in the slightest. I was expecting more. I saw them coming from miles away. I knew I was going to win the fight. Some critics always accused me of slapping but those slaps had his legs going all over the place.

“They had built Lacy up as the next big star. He was America’s superkid, and I bashed him up. Beating him opened up doors that had previously closed on me.”

Lacy, bemused, and battered, was never allowed into the fight. He was floored in 12th and the scoring (119-107 by two judges and 119-105 by the third), even with Calzaghe deducted a point for hitting on the break, recognised the Welshman’s complete supremacy.

I have always thought Calzaghe would have been too smart for Carl Froch had they ever met.

Unlike so many champions, he did not come from a ghetto, neither was he a bad lad who found salvation through boxing. “I was brought up on a council estate in South Wales, and while the family were poor we never went hungry, with dad working wonders with pasta every day,” he told me.

“Yes, there have been some hard times, but I kept plugging away. I was never going to be a nine-till-five man or work shifts in a cake factory, like my mum. I tried it once for a couple of days, sticking stickers on things, but I thought, ‘Screw this for a lark, I want to be a world champion’.” 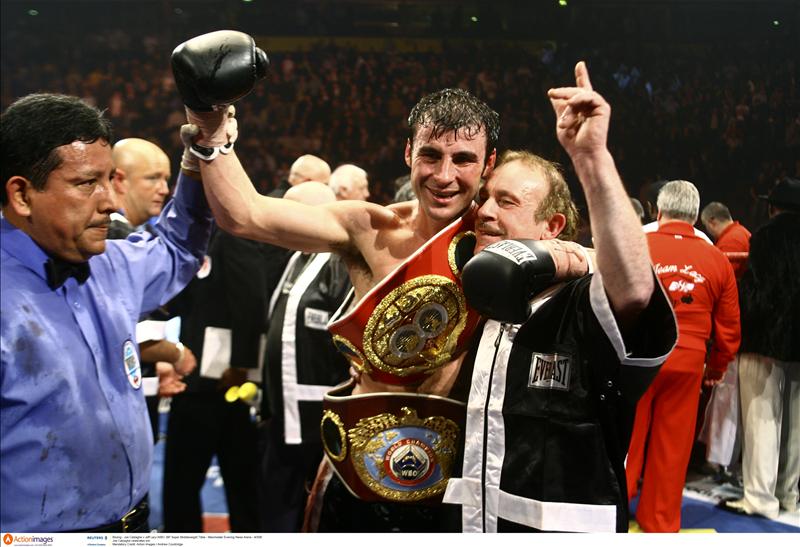 Calzaghe was among British boxing’s biggest earners but always preferred the green grass of his South Wales homeland to more fashionable pastures. He once pointed out: “”I’m not a steady 50-grand-a-week Premiership footballer. I’m a boxer, and every fight could be my last. You just have to remember Michael Watson to know what boxing can do to you.

“When you start in boxing, everyone says they want to retire as an undefeated champion like Rocky Marciano, and for me I felt it was a realistic aim. I knew the only thing that could let me down was myself, if I take things for granted.

“I am proud of being undefeated but I realised you can get beat and, strangely enough, the closest I’ve been to it is in fights I’ve been expected to win easily.

“Against Lacy and Charles Brewer [another top American) I was never in danger. But I don’t think I’ve been given enough credit for my record, really. My only mistake was being a lot better than my opponents; maybe I suffered through that. The trouble is we are a country which prefers game losers to great winners.”

Like Lennox Lewis, Hall of Famer Calzaghe is one of few British world champions to resist the lure of a comeback. Instead he has dallied with dancing –and a glamorous Russian dancer-on Strictly and dabbled in film acting.

He is said to be worth over £20 million with homes in Chelsea and Wales, and a villa in Barbados. But was he ever tempted to glove up again?

“Never. I knew I’d had enough. My body was telling me enough was enough, and my mind was telling me I’d achieved everything I set out to achieve. I could have kept fighting – just look at the Roy Jones performance, and I know it wasn’t the Jones of old, but he wasn’t a bad Roy Jones. That was the perfect time to say goodbye.

“I was always critical of myself. Even in the Lacy at fight I felt there were things that I could improve. I never feel invincible and that was one of my strengths, because when a fighter thinks like that, it’s when he gets beat. At the end of the day I wasn’t Superman.”

Maybe not, but at least this Extraordinary Joe proved he was good as he looks.