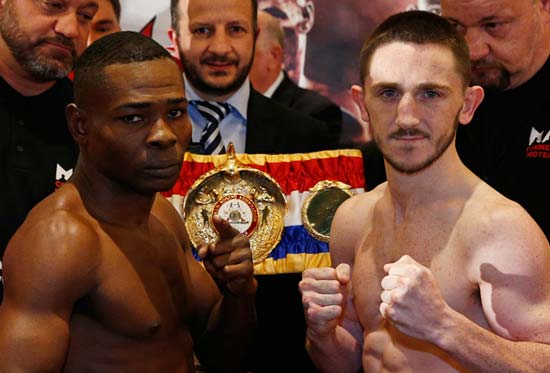 WBO World Lightweight Champion Terry Flanagan weighed in at 9st 8lbs  ahead of his defence against South Africa’s Mzonke Fana who also came in at 9st 8lbs. 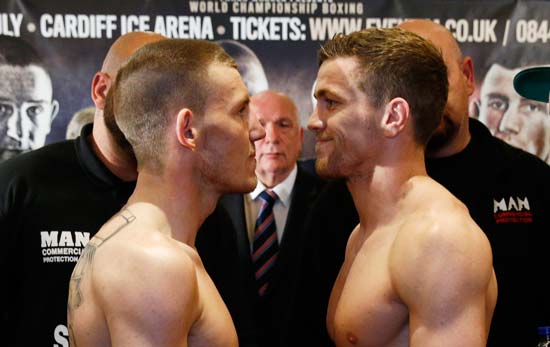 Clydach Vale puncher Liam Williams made weight ahead of his British Super-Welterweight defence against Wembley’s Gary Corcoran. Williams came in at 10st 13lbs while Corcoran came in a little lighter at 10st 11lbs.

Londoner Bradley Skeete made weight at 10st 6lbs ahead of his WBO European Welterweight defence against Frenchman Alex Lapelley who came in at 10st 5lbs.