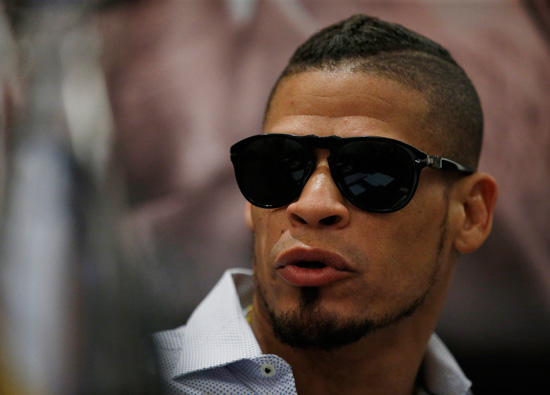 ‘Salido was very strong and threw lots of good hands and unfortunately one landed. That’s boxing. After that, I made changes to my style. That loss taught me not to stay in the ‘pocket’ for too long.

‘But those are past fights, a long time ago. I don’t care about them. Orlando is a new person. My mentality, my focus, my life, is right no;  Terry Flanagan. I’m a big problem for him.

‘Terry is a great champion, very strong. He’s very intelligent and has a cute defence but I don’t care. I don’t watch his tapes too long because I know he’ll have to fight different when he’s faced with Orlando. The WBO give me and my team a great opportunity. One hundred and thirty-five (pounds) is not my real weight – I’m 130 – but this won’t be a problem for me.

‘I work very hard and it’s my time, my opportunity. I want to show the world, gay and straight, I’m a real man, a professional boxer. Orlando might be gay but he’s a very tough fighter!